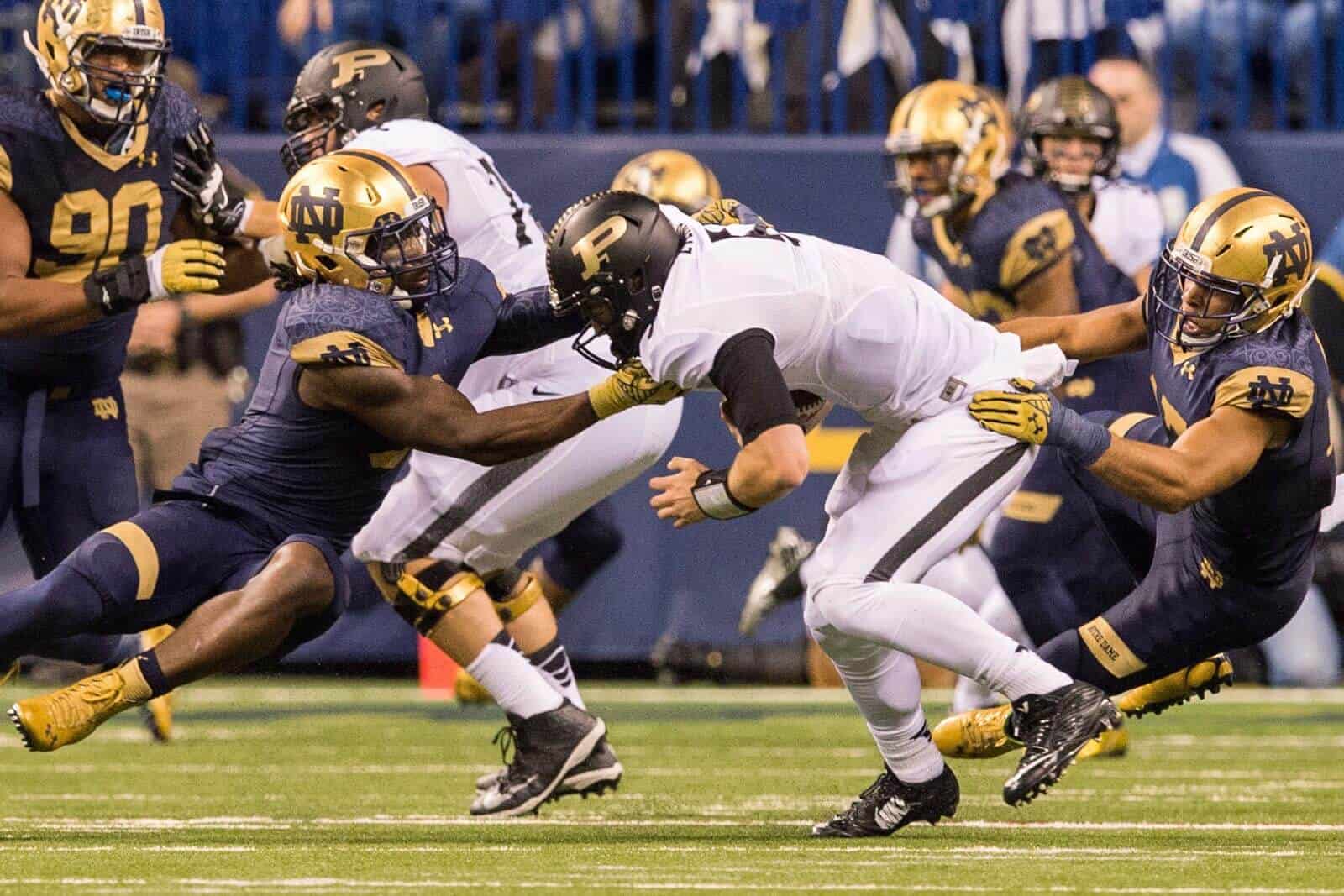 The Purdue Boilermakers and the Notre Dame Fighting Irish previously announced a four-game football series for 2020-21 and 2024-25.

On Thursday, the two schools announced a two-game extension of the series making it six games overall. Dates were also changed for a few of the games.

In addition, the previously announced 2026 game was scheduled to be played at an undetermined neutral-site. That game will now be played at Purdue.

Below are the dates for the Purdue-Notre Dame six-game, home-and-home football series:

Purdue and Notre Dame have met 84 times on the gridiron. In their last meeting in 2014, Notre Dame defeated Purdue 30-14 in South Bend to extend their lead in the series to 56-26-2.

“Having been on the other side of the series some years ago, I am familiar with the history and tradition of the Purdue-Notre Dame matchup,” said Purdue athletics director Mike Bobinski. “Sellout crowds, national television, two outstanding universities in close proximity and intensely competitive games. I am excited that the series will resume and know our fans will be, as well.”

No more 2020 game, leaving ND with 11 games on that year’s schedule, and 6 non-home games. The gap will likely be filled by either Michigan (in which case we see ND at Michigan in 2021 and ND pay a hefty buyout to BYU) or a G5 opponent (in which case ND plays @BYU in 2021). Either way it’s nice to see the ND-Purdue rivalry continue

One solution to avoiding a 4-8 season is more Purdue!

Pull the whistle! While it’s nice to see the ND-Purdue renewed, six games in eight seasons is a lot. It looks like Bobinski extracted two extra games for moving the 2020 game to 2026.