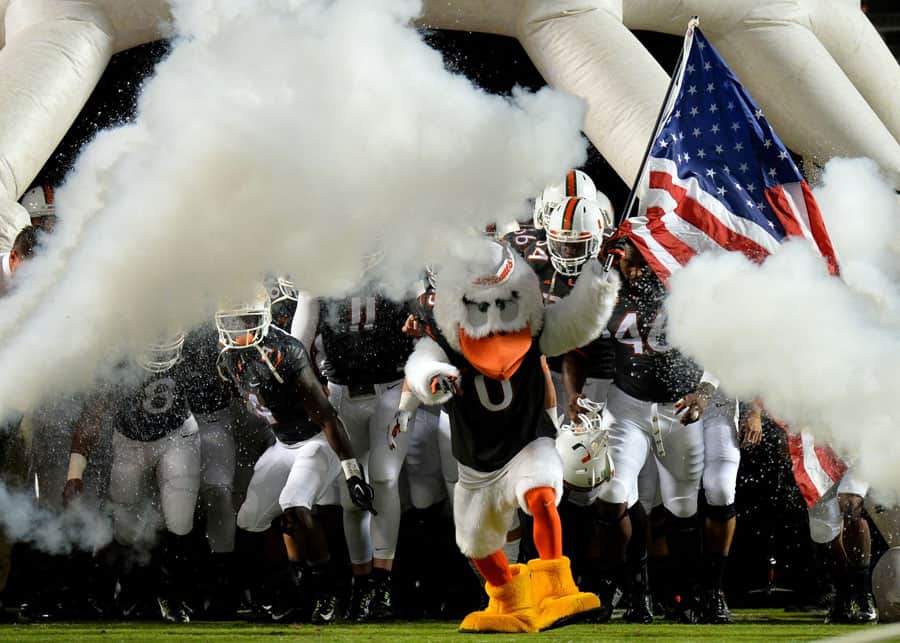 What constitutes a two-game swing?

Let’s take two teams from the same division and give one an unmerited advantage over the other, something that amounts to a 75% better chance of picking up two additional wins.

It’s precisely the net effect of cross-division scheduling. To illustrate, in 2015 Georgia Tech draws games at Clemson and vs. Florida State from the Atlantic, while Virginia Tech gets NC State at home and Boston College on the road.

It’s about as fair as your team playing Notre Dame at home and Texas A&M in College Station, while my team gets SMU in Dallas and Purdue at home. Then, to make things worse, I strut around like a peacock saying that my team at 8-4, is so much better than yours, at 6-6.

It becomes even more significant if the games actually mean something, like bowl eligibility, a shot at a league crown or a place in the CFB Playoff.

You get the picture: It’s a big deal.

Take a look at the cross-division schedules for the ACC in 2015, ranked easiest to hardest for both the Atlantic and Coastal.

The ACC, like the SEC which we ranked last week, has “permanent cross-division” rivals. That amounts to only one true rotating opponent per season.

Louisville gets a huge edge over Clemson and Florida State by drawing Virginia as its permanent cross-division opponent. That said, the Cardinals did drop their first-ever ACC game vs. the Cavaliers, a 23-21 loss in Charlottesville last season. Before that the two hadn’t met since 1989.

The Cardinals score another small scheduling victory by picking up the road game to Pitt on rotation. Though the Panthers aren’t a cakewalk, they’re also not Georgia Tech or Virginia Tech. Louisville won its most recent game vs. Pitt, in 2012, but before that lost four straight.

While on the surface Syracuse’s cross-division games might look as breezy as Louisville’s, in relative terms it’s not. This is because of the Orange’s recent record vs. its permanent rival, Pitt, a team it’s only beaten once in the last ten tries.

The last time Syracuse upended the Panthers was in 2012 at the Carrier Dome, and prior to that it was 2004, also at home.

Other than that, the Orange did get the benefit of drawing the road game vs. Virginia as its rotating partner. The two haven’t played since 2005 and Syracuse hasn’t beaten the Cavaliers since 1977.

N.C. State drew in-state rival North Carolina as its permanent dance partner from the Coastal, a team it beat last season but before that dropped back-to-back games to. Though the Tar Heels are no pushover, they haven’t won more than eight games since 1997.

What gives the Wolfpack’s cross-division slate some ump is the road trip to Virginia Tech, where it hasn’t won since 2004. N.C. State has dropped three straight to the Hokies, but the two haven’t played since 2010.

Though on the surface Wake Forest appears to have dodged a bullet by drawing Duke as its permanent rival from the Coastal, the Blue Devils 19-8 mark since 2013 makes them the best team in the division.

Wake has dropped three straight to Duke, last winning in 2011 and last capturing a home victory in 2010.

That leaves a road trip to North Carolina, where the Demon Deacons haven’t won since 2006.

In relative terms, Boston College will play at a real disadvantage as long as the permanent cross-division rivals are a reality. The Eagles draw Virginia Tech, a team that has struggled to a 22-17 mark since 2012, but before that reeled off eight consecutive double-digit win seasons.

The good news is, BC has beaten the Hokies two straight years, the bad news is they dropped five consecutive before that.

Things get even trickier for the Eagles by picking up former cellar-dweller Duke in the rotating game. The two programs have only met three times in history and not since 2011, a game the Blue Devils won 20-19.

With a combined record of 17-10, Georgia Tech and Miami (Fla.) are the most successful combination of teams from the Atlantic in 2014.

Clemson fell to its permanent fixture, Georgia Tech, last season but before that won two straight. As for its rotating foe, Miami, the Tigers have lost two of the last three, but haven’t played the Hurricanes since 2010.

Florida State may be the best team in the Atlantic, but it also has the toughest cross-division slate, meaning extending its dominant streak is at least one game more difficult.

What gives FSU’s schedule an edge over Clemson’s is drawing the better of the two common foes, Georgia Tech, on the road.

The ‘Noles have won five straight vs. Miami, last losing in 2009. That’s the same year FSU suffered its most recent loss to Georgia Tech.

Duke gets a major boost in its quest to keep moving in the right direction by drawing Wake Forest on an annual basis, a program that hasn’t posted a winning record since 2008.

The Blue Devils have won three straight vs. Wake and haven’t lost in Winston-Salem since 2010.

That leaves Boston College as the rotating opponent, a team which it hasn’t played since 2011 and hasn’t lost to since 2010.

No matter how you slice it, the lack of Clemson, Florida State, Louisville or even N.C. State on the schedule gives Duke a big advantage in trying to win the Coastal crown.

While playing N.C. State each year won’t be a picnic for North Carolina, again it’s not like drawing Clemson on an annual basis. The Tar Heels did pick up a win the last time they visited Raleigh, but before that dropped three straight there.

Things get even better in 2015 with Wake on the slate as the rotating Atlantic foe. That said, it’s interesting to note that while the Tar Heels and Demon Deacons haven’t met on the gridiron since 2012, North Carolina has dropped three of the last four to Wake.

Another Coastal team with a feather in its cross-division cap is Virginia Tech, which draws Boston College as its permanent dance partner. The Hokies have dropped two straight to the Eagles, but before that scored five consecutive wins.

Again, we’re not saying that BC is a weak opponent, we’re just saying they aren’t Florida State or Clemson.

That leaves N.C. State as the rotator, a team Virginia Tech has won three straight against. The last time the Hokies lost to the Wolfpack in Blacksburg was in 2004.

The next two clubs, Pitt and Virginia, both draw a combination of Syracuse and Louisville. Their slates outrank the others solely on the strength of Louisville, an up and comer that is 32-7 since 2012.

Pitt gets an edge over Virginia by drawing Syracuse, an old Big East foe, as its permanent fixture. The Panthers have won nine of its last ten vs. the Orange, the only loss coming in 2012 at Syracuse.

Pitt beat Louisville the last time the two met, in 2012, but before that dropped four straight to the Cardinals.

Virginia’s quest to return to the land of bowl eligibility, a place it hasn’t visited since 2011, will be hamstringed by an annual date with Louisville.

The Cavaliers did beat the No. 21 Cardinals last season, the first meeting between the two schools since 1989. That was Virginia’s first win over a ranked team since 2011, when it edged No. 23 Florida State 14-13 in Tallahassee.

That leaves Syracuse, a team the Cavaliers haven’t played since 2005 and have only played four times in history. The all-time series is split two games apiece.

In what seems like a crazy, or perhaps brilliant plan, Georgia Tech and Miami, arguably two of the upper-crust teams from the Coastal, will battle the two best teams from the Atlantic in 2015.

If that weren’t enough, Georgia Tech will face Clemson and Florida State will square off with Miami each and every year as permanent rivals.

Either somebody in the ACC doesn’t want a couple of these teams to achieve perfection, or they are worried about boosting scheduling strength for its national title contenders.

Regardless, Georgia Tech will travel to Clemson in 2015, where it’s dropped three straight last winning 21-17 in 2008.

Then there’s the stacked rotator, a visit from Florida State. The Yellow Jackets haven’t bested the ‘Noles in Atlanta since, you guessed it, 2008. The only good news is, that’s also the last time the two teams squared off there.

Miami’s quest to win its first title, of any kind, since sharing a piece of the Big East crown in 2003 will be made markedly more difficult by what is a petrifying cross-division slate.

Combined, Florida State and Clemson went 23-4 last season and remember that one of these two teams has won the ACC title consecutively since 2011.

The Hurricanes travel to Florida State this season where they haven’t won since 2009. Miami has dropped five straight to the Seminoles and eight of the last ten.

That leaves Clemson as the rotating opponent. The two teams have split the last four games, but haven’t met since 2010. Interestingly, the Hurricanes haven’t topped the Tigers in Miami since a 21-0 shutout in 1956.

I have been trying to figure out who is playing Notre Dame at home and Texas A&M in College Station, and who is playing SMU in Dallas and Purdue at home.

Syracuse beat Pitt in the Carrier Dome in 2012.

Can’t wait to see how these match-ups turn out, especially in the case of FSU and GT. It’s as exciting as Georgia playing both Auburn and Alabama this year, at least in my mind.