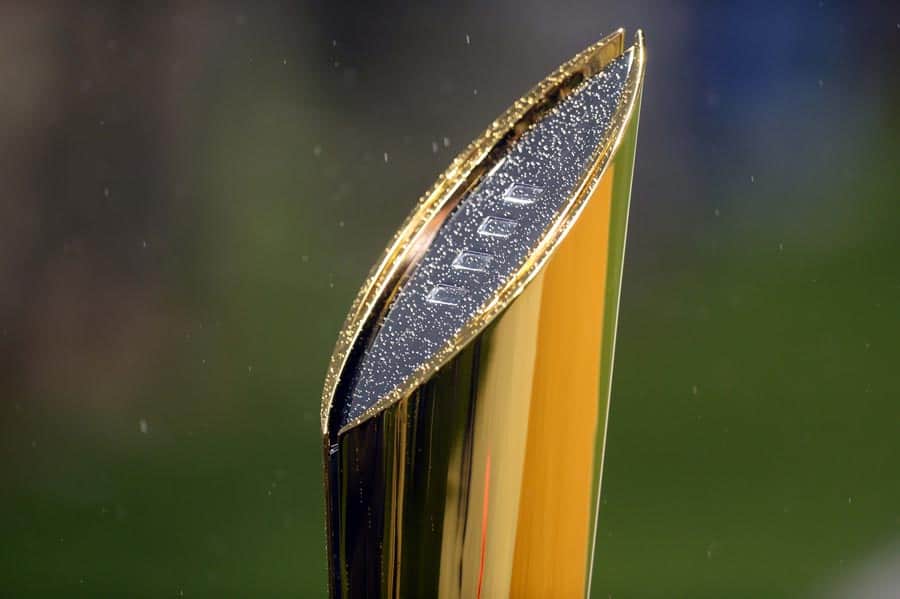 The Fiesta Bowl and the Chick-fil-A Peach Bowl will both be played on New Year’s Eve, Saturday, Dec. 31, 2016. Kickoff times are 3pm and 7pm ET and will be designated after the matchups are set on Dec. 4.

Last year, the Playoff Semifinal games kicked off at 4pm and 8pm ET. The committee decided to move both games up one hour this season in hopes of capturing more viewers.

“As we committed earlier this year, we have looked at the landscape for the upcoming season and are confident that this change will make it easier for more fans to watch the games on television and also will benefit fans who will attend the games in person,” Hancock said. “The semifinals will be played on Saturday for the first time. The Capital One Orange Bowl will be in an evening time slot, which is its tradition.”

The College Football Playoff also announced today that the Capital One Orange Bowl has been moved to primetime on Friday, Dec. 30. The game was originally slated for New Year’s Eve.

Since New Year’s Day 2017 falls on a Sunday, the Goodyear Cotton Bowl Classic, Rose Bowl Game presented by Northwestern Mutual, and Allstate Sugar Bowl will all be played on Monday, Jan. 2.

This doesn’t work. Move them to New Year’s Day.

I agree but NFL rules Sunday and they won’t schedule bowl games on a Sunday since New year’s would on a Sunday in 2016/17. But I do agree the games should be January 1st and 2nd in normal years.

Not sure if moving up an hour is going to help, people want to be seating on their couch New Years Day watching these types of games, not on New Years Eve night when a lot of people are out celebrating. The 3pm kickoff is fine but still interrupts the day plus what college fans had plan for that night. Really depends on who is in the games as well, New Years Day is on a Saturday so may be that will help a little, we will see.

Why don’t they have 1 on New Year’s Eve, and one after the Rose Bowl on NYD?

They’d be best served having these games on Jan. 1 and Jan. 2 (Jan. 3 comes into play if Jan. 1 or 2 is a Sunday). With some flexibility so that semifinals aren’t on different days in a given year and so that they fall in the 5pm or after slot, a general schedule should be as follows (with only 10am games not changing and Rose not changing-others could interchange):

No other games should be allowed on these days, only the NY6 plus Citrus and Outback.

Citrus / Outback (?) Only relevant to B1G & SEC. No reason to separate. Gator has more history. Alamo has great better match ups than Outback every year. Just stick to 6.

Let me clarify. I was not proposing adding the Citrus and Outback to the playoff rotation or including them as part of the NY6 as access bowls. I was only proposing fixing them at those times on those days. The Citrus has been played on New Years Day for as long as I can remember, same for Outback. The Gator and Alamo have typically been played Dec. 31 or earlier. You do not want to have competing bowl games going up against the NY6 at the same time, so allowing two additional games in the 10am slot would help avoid that.

The Cotton Bowl this season will technically have the only at-large bid in the NY6 this season. Would love to see BYU grab that slot to set up a mid-major national title game with the G5 conference champion.

If at first you don’t succeed…..