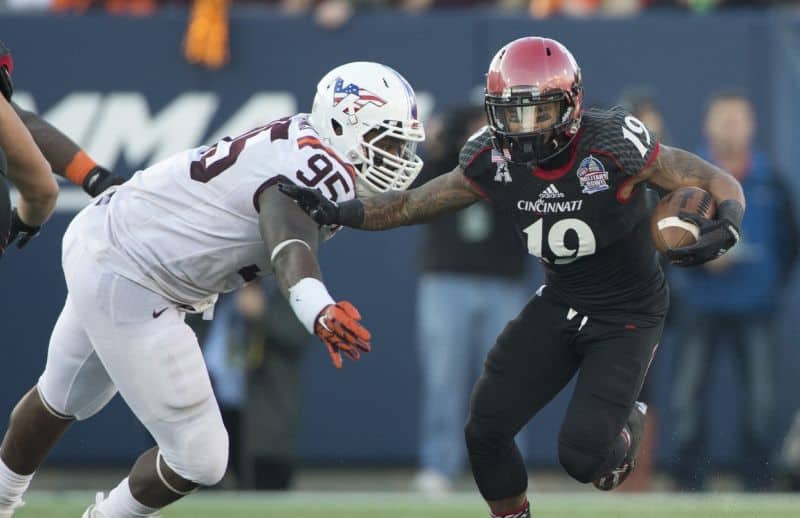 Fresh off an announcement of a home-and-home with UCLA earlier today, Cincinnati inked another such deal with a Power Five school.

The school will square off with ACC member Pitt in 2023 and 2024, ESPN’s Brett McMurphy reports.

The Panthers and Bearcats will tee it up on September 9, 2023 in Pittsburgh, with the return game in Cincinnati on September 7, 2024.

Cincinnati has played Pittsburgh 12 times in the schools’ history, with four victories going to the Bearcats.  Cincinnati enjoys a two-game winning streak in the series, however, winning the last two (26-23 and 34-10) of eight consecutive games played between the two from 2005-12.

River City Rivalry – this was a short-lived trophy game

Hopefully Cincy can land in a P5 conference at some point. Them and BYU would be good additions..

hope the Big 12 hears you Travis

Tulane probably has a better chance at the B12, but I’d suspect that either BYU or Cincy would be added with them at the same time to keep even numbers. Cincy would make sense (to partner with WVU, also because they are good at basketball).

Glad to see this series back on the books. Those games were pretty exciting when they both played in the Big East.