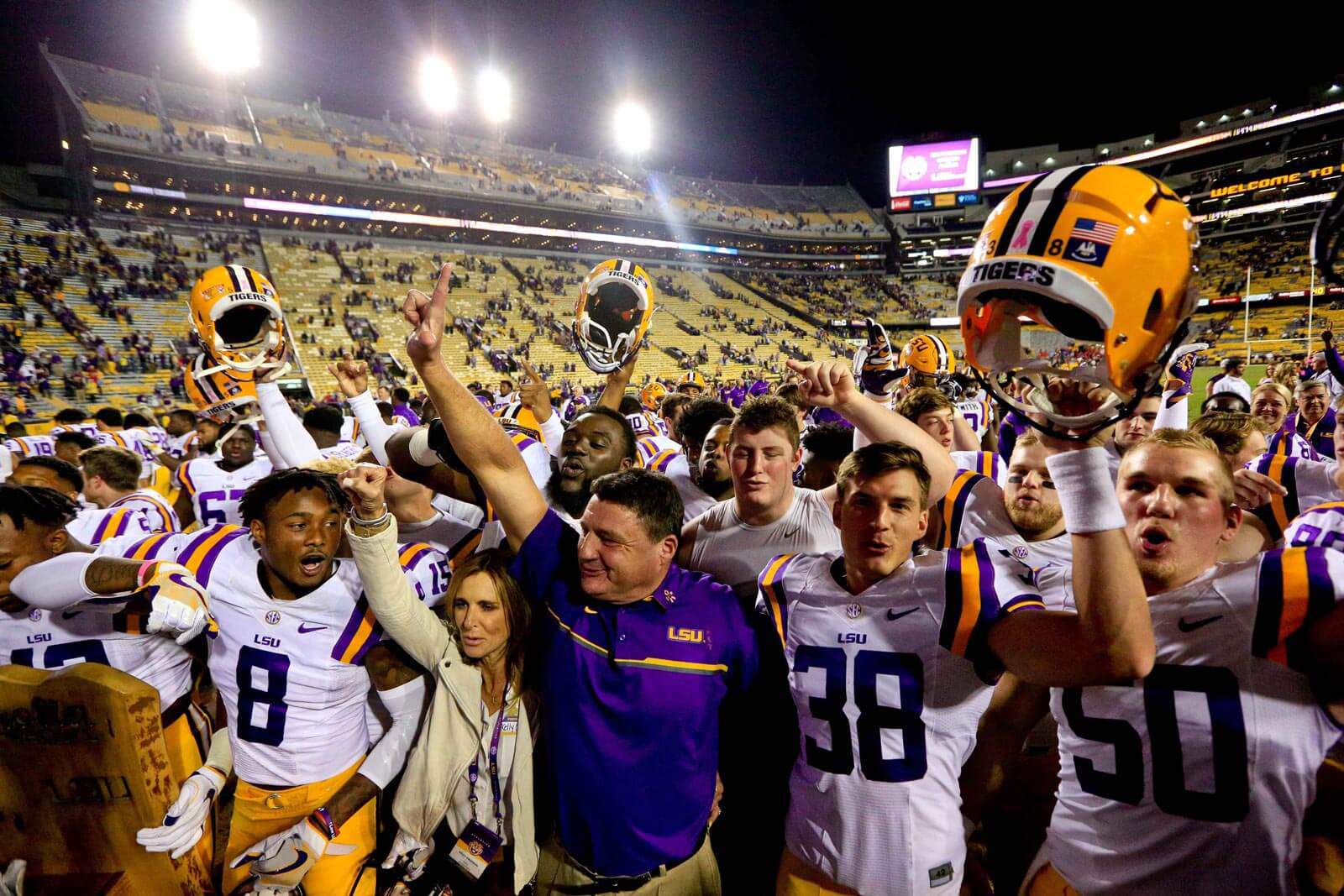 Phil Steele has published his 2017 college football strength of schedule rankings. The LSU Tigers have the toughest schedule in 2017, while the Appalachian State Mountaineers have the easiest, per Steele.

How does Steele arrive at his preseason toughest schedule ratings? Steele combines his “9 sets of Power Ratings” with the amount of home and away games. This differs from the NCAA method which is strictly based on the opponent winning percentage from the previous year.

4. Syracuse (2016 rank: 2nd) – The Orange open 2017 with four straight non-conference games: vs. CCSU, vs. Middle Tennessee, vs. CMU, and at LSU. ACC contests for Syracuse include Pitt, Clemson, Wake Forest, and Boston College at the Carrier Dome and NC State, Miami, FSU, and Louisville on the road.

7. South Carolina (2016 rank: 63rd) – The Gamecocks start the season with a bang taking on NC State in Charlotte. Other tough non-conference games include Louisiana Tech and Clemson, both at home. SEC foes include Kentucky, Arkansas, Vanderbilt, and Florida at home and Missouri, Texas A&M, Tennessee, and Georgia on the road.

9. Georgia Tech (2016 rank: 47th) – The Yellow Jackets face two SEC teams in 2017 — vs. Tennessee on Labor Day and at home vs. Georgia to close out the regular-season. Tech also hosts Jacksonville State and travels to UCF. ACC opponents include Pitt, North Carolina, Wake Forest, and Virginia Tech at home and Miami, Clemson, Virginia, and Duke on the road.

The rest of Phil Steele’s toughest schedule rankings for 2017 are listed below.

LSU’s SOS should NOT be that high. BYU and Syracuse as non-conference is a cupcake. Unless Troy is that much of a threat. Florida and Alabama, maybe Tennessee will be their only losses.

LSU wont lose to Florida dude. only bama and auburn will beat them.

BYU & Cuse are not considered cupcakes, I don’t care how bad Cuse is. The Orange should play stronger this year & the Cougars always give it their all.

At least Phil Steel can not be labeled as an SEC homer as he has been done, year in & year out.

Is the PAC 12 predicted to be better or worse then last year?

No mention of the relative number of home and away games between some of these schools? LSU, for example, only plays four true road games (seven games at home plus BYU in Texas). Meanwhile, Wake Forest, Vanderbilt, Oregon, Maryland, Texas and a half dozen other schools have to go on the road SIX times. That’s a HUGE advantage. Yes, LSU has to play in the SEC west, but so does everyone else in the SEC West. What is the difference between Auburn and LSU’s schedule? I would argue that Auburn’s (at #32) is harder than LSU’s…