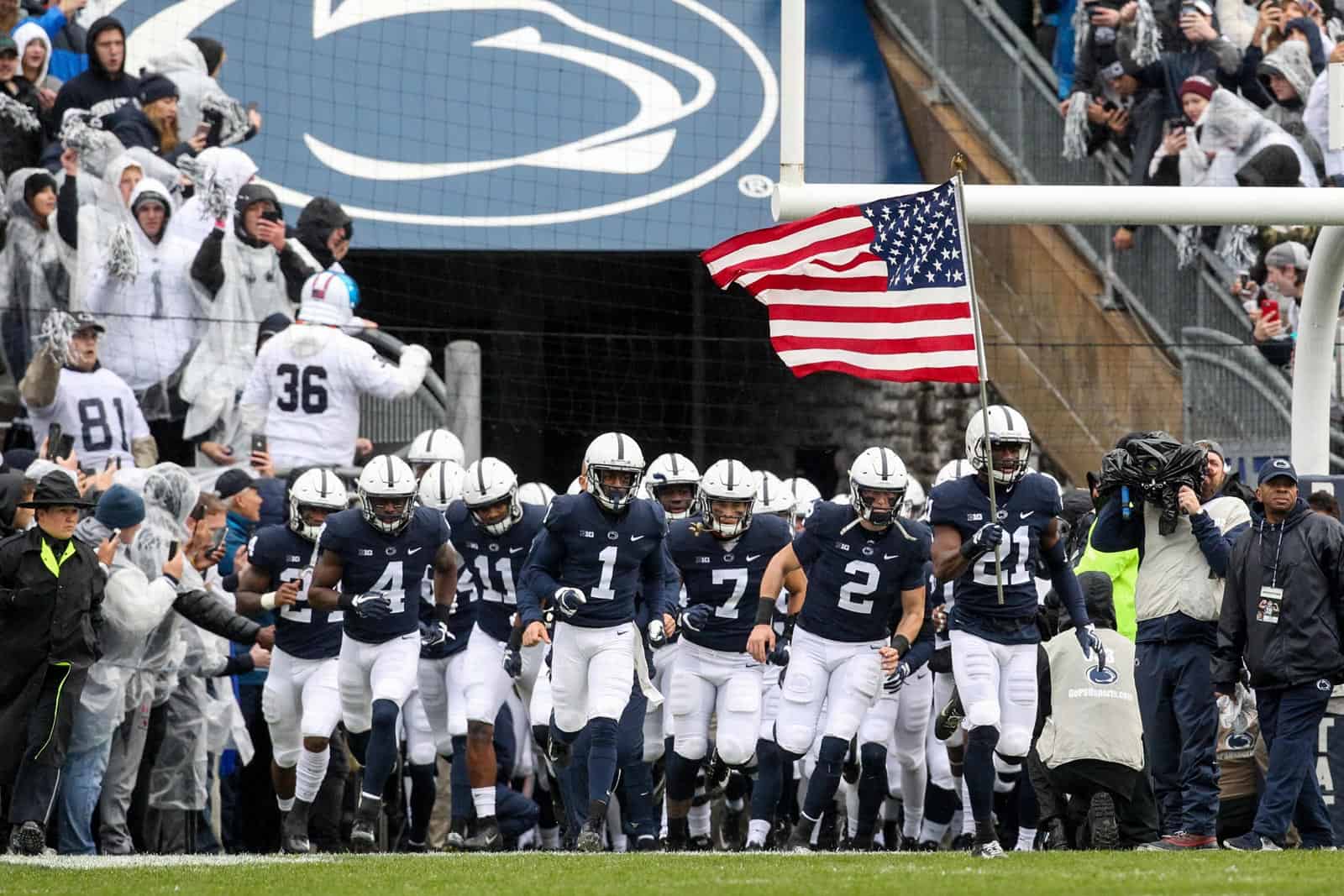 The Penn State Nittany Lions and the Syracuse Orange have scheduled a home-and-home football series for the 2027 and 2028 seasons, both schools announced on Wednesday.

In the first game of the series, Penn State will host Syracuse at Beaver Stadium in University Park, Pa., on Saturday, Sept. 4, 2027. The series will conclude with the Nittany Lions traveling to face the Orange at the Carrier Dome in Syracuse, N.Y., on Saturday, Sept. 9, 2028.

“The Syracuse-Penn State series is one of tremendous historic significance for our University, community, alumni and Orange fans around the world,” said Syracuse Director of Athletics John Wildhack. “We are excited to renew this historic rivalry.”

Penn State and Syracuse first met on the gridiron in 1922 and have played a total of 71 contests. The Nittany Lions have won five consecutive games in the series, including 23-17 in their most recent meeting at MetLife Stadium in in East Rutherford, N.J., in 2013, and currently lead the overall series 43-23-5.

The Nittany Lions are scheduled to open the 2022 season on Thursday, Sept. 1 with a Big Ten Conference contest on the road against the Purdue Boilermakers. The Orange are slated to open their 2022 campaign two days later on Saturday, Sept. 3 with an ACC tilt at home against the Louisville Cardinals.

4 hour drive makes a nice series. I hope it sticks for the future.

Good to see these old rivals matching up again. Good for the game.

This has potential to be a permanent OOC game, similar to Clemson/S. Carolina, Florida/Fla. state..

Those games (like Clemson-South Carolina and Florida-Florida State) are permanent matchups because they are mandated to be such by State Legislatures and the Offices of the Governor. Here, you are talking about a private and then a state university residing in two different states. If the State of Pennsylvania were to enact something similar (for in-state universities) it would be between Penn State and Pittsburgh. There is no potential of this becoming a year-in-year-out contest.

Plus it would likely never happen. Big Ten schools only have room for three OOC games per year, and the formula across the league is two games against mid-majors (cupcakes) and one game against a Power 5 school. Penn State would never make their only P5 game every year against the same team, be it Syracuse, Pitt or anyone else.

The B1G could make it a regular if it did like the SEC and had 4 OOC as opposed to 3. That’s why the SEC went to 4 OOC. Better OOC games!! When Texas and Oklahoma officially join though (*blechhhhh*), that will come to a screeching halt unfortunately and we will be at 3 just like the B1G. Sighhh.

Those are in state games. Pitt was PSU’s rival. Personally I’d like to see PSU come down and play South Carolina. More SEC games would be good. FYI..it’s the Commonwealth of Pennsylvania.

Is DawgNBama kidding? Many, if not most SEC programs have consistently scheduled three OOC pushovers, thanks to the four-game window.

The 2028 games haven’t populated on the team pages.