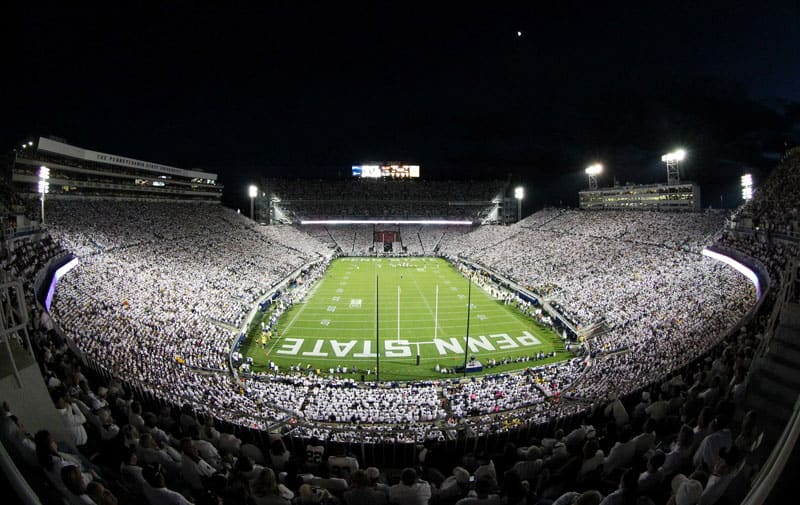 The Penn State Nittany Lions have added the Army Black Knights to their 2015 football schedule, both schools announced today.

Penn State will host Army at Beaver Stadium in University Park on Oct. 3, 2015. The game will be the first meeting between the two schools since 1979. The Nittany Lions lead the overall series 13-10-2.

The addition of Army completes the 2015 football schedule for Penn State. The Nittany Lions also have non-conference games scheduled at Temple and home against Buffalo and San Diego State.

Beginning with the 2016 season, Big Ten teams will play nine conference games and three non-conference games. Penn State has already completed their 2016 and 2017 schedules and only needs one additional non-league opponent for 2018.

Army now has 11 games tentatively scheduled for the 2015 season. In addition to Penn State, the Black Knights are slated to visit UConn, Rice, Air Force, and Boston College.

Once PSU comes off the draconian NCAA penalties then they will have plenty of tough games.

These schedules were made when the scandal first broke and the sanctions were announced. You may remember several teams took the opportunity to drop PSU from their schedules.

Including the BS move by UVA. After they got the win they made a run for the door. Chickens don’t want to play on the road… Army and Temple are fine for the 2015 year. 2016-2022 there will always be a major non-conference opponent. Pitt, VT, WVU, LSU (very likely), Syracuse, and a UVA game that needs to be scheduled because the ink is dry on the contract.

UVA only cancelled the return game because Oregon was willing to play them at home in 2013. Anytime after 2018 works.