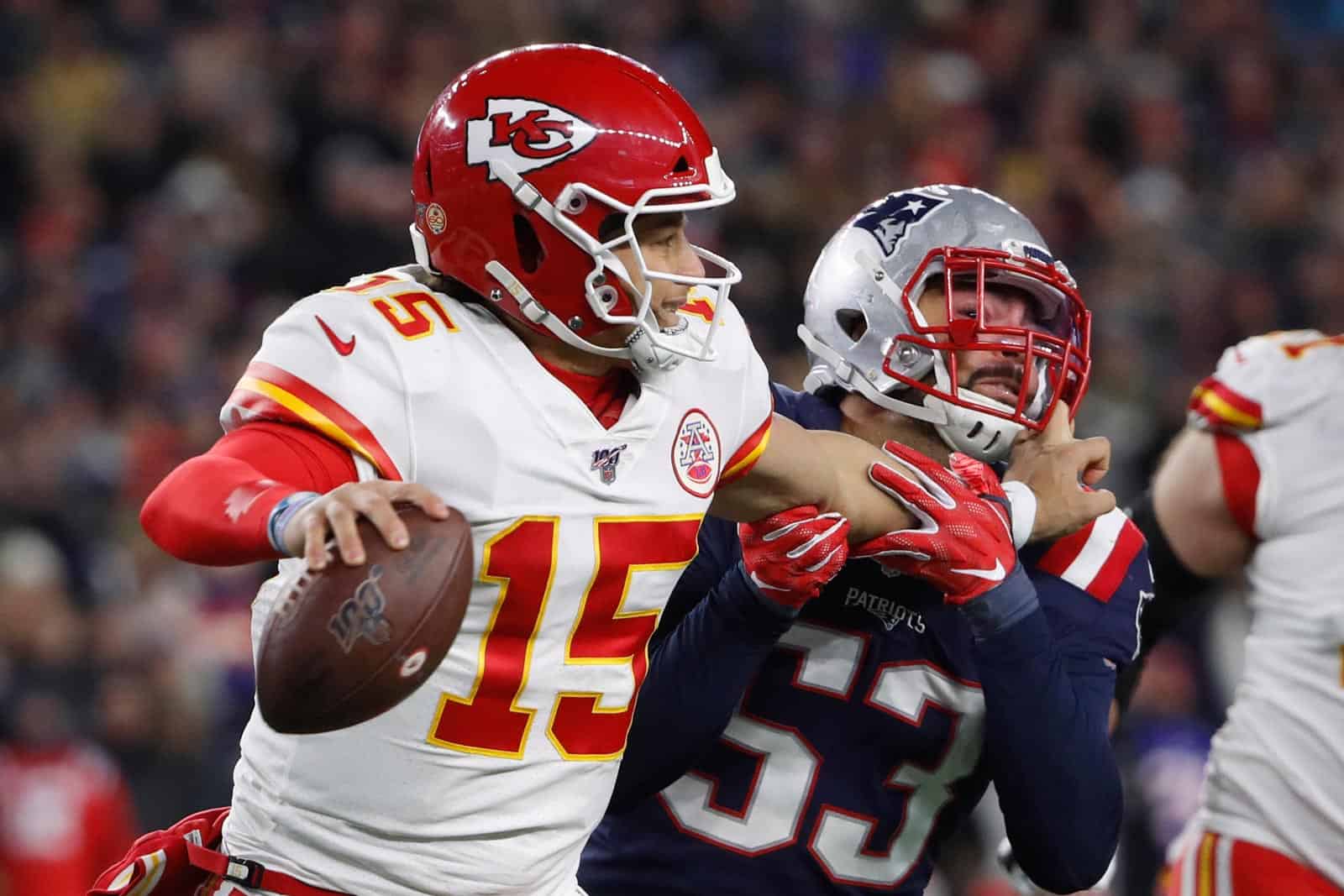 The New England Patriots will take on the Kansas City Chiefs on Monday night, the NFL has officially announced.

New England was scheduled to take on Kansas City at Arrowhead Stadium in Kansas City, Mo., on Sunday, Oct. 4. However, the game was postponed following Patriots quarterback Cam Newton testing positive for COVID-19.

From the NFL release:

Further testing of players and personnel on both teams returned no new positives from Saturday and Sunday testing. The clubs also worked closely with the NFL and NFLPA and infectious disease experts to conduct contact tracing and post-COVID exposure protocols are now in effect for both teams.

New England and Kansas City will now square off on Monday, Oct. 5 and the game will be televised at 7:05pm ET by CBS.

The Patriots are 2-1 this season following home wins over Miami and Las Vegas and a loss on the road at Seattle. Kansas City has won all three of their contests this season — home against Houston, at the LA Chargers, and at Baltimore.

As a result of the Patriots-Chiefs move, the Monday Night Football game featuring the Green Bay Packers hosting the Atlanta Falcons has been pushed back from its scheduled start at 8:15pm ET. The Falcons-Packers contest will now begin at 9:00pm ET and will be televised by ESPN.

The Falcons head into Monday Night Football winless at 0-3, while the Packers are undefeated at 3-0.

I’d be pissed if I was ESPN.

I mean does 8:50pm really make a difference