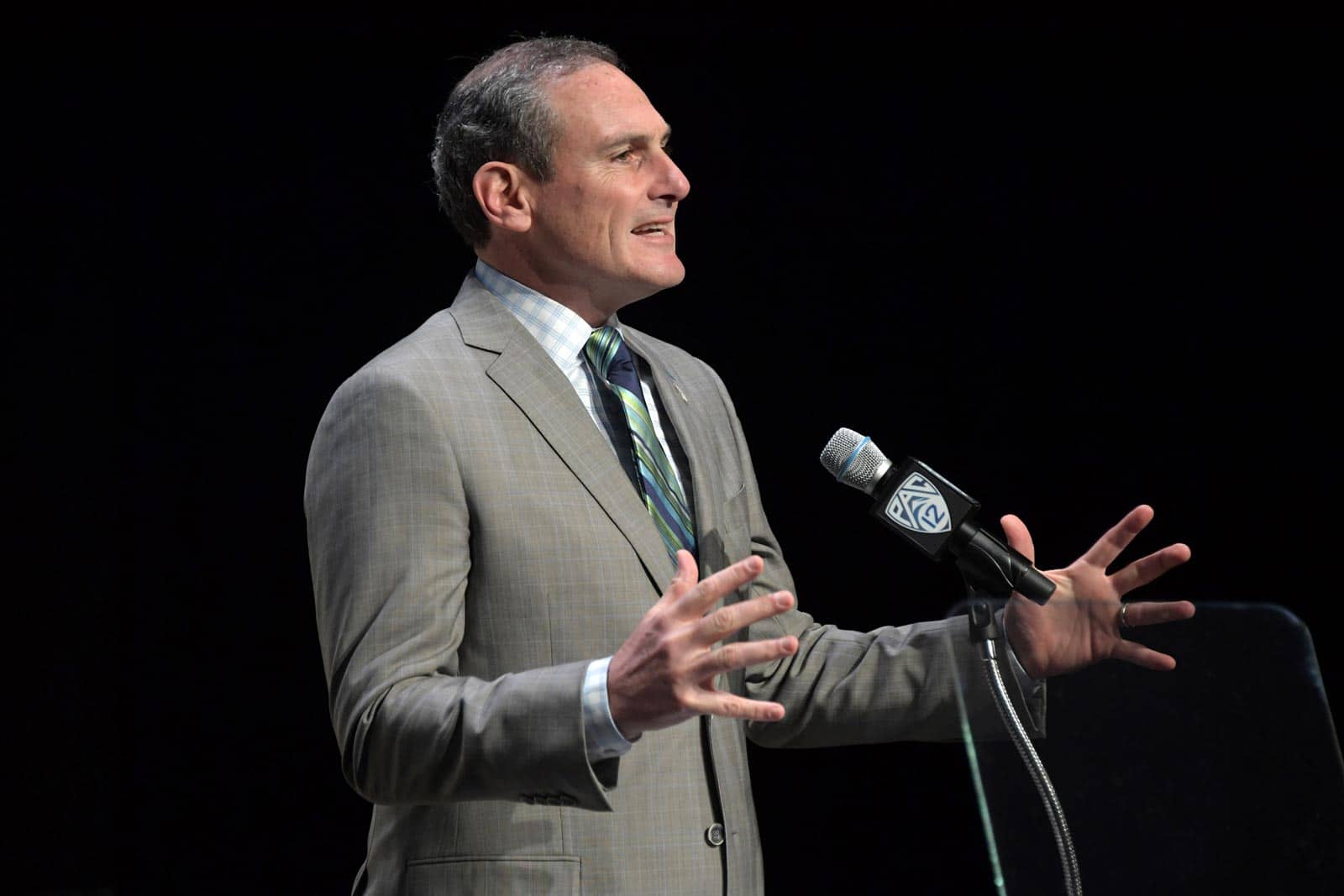 The Pac-12 is one of only three Football Bowl Subdivision (FBS) conferences that plays a nine-game conference schedule, and they will stay with that model moving forward.

At Pac-12 Media Days on Wednesday, conference commissioner Larry Scott expressed his support for the nine-game schedule when asked by a reporter if he would drop one to “make it a more level field.”

“We regularly discuss that question, and every time we’ve discussed that question, the important principles of having a tough schedule, playing as many teams as possible in the league, challenging yourself have been the overriding principles that have defined what our campuses want to do,” Scott said. “So we’ve been committed to nine conference games.”

The Pac-12 has no such requirement, but that doesn’t stop schools such as USC from scheduling up.

“Interestingly, take USC as an example. Not only do they have nine conference games, but they play Notre Dame every year. No one requires them to do that,” Scott said. “I mentioned some of the other games, UCLA playing against Oklahoma. That’s nine tough conference games in the juggernaut which is the Pac-12, plus schools like Oklahoma, Notre Dame, Northwestern, Michigan State, Oklahoma State, Nebraska.”

As part of his response to the scheduling question, Larry Scott also added that the Pac-12 will be adjusting their schedule moving forward to allow for more late-season non-conference games. This season, only USC at Notre Dame (Oct. 12) and Notre Dame at Stanford (Nov. 30) are scheduled after Week 4.

When that change will occur is not exactly clear. Most of the future non-conference games scheduled outside of the first few weeks involve Notre Dame playing USC and Stanford, which was already the norm.

Since USC or Stanford plays Notre Dame every year at home the final regular season week, one other Pac-12 school has to play a non-conference game that weekend or face a bye week after playing 12 games in a row. BYU is a natural to fill that scheduling need.

PAC 12 is far and away the dumbest scheduling conference.

I hope you enjoy all the home games with Elon, Wagner, Middle Tennessee, and South Alabama.

I personally wish the Power 5 would like to see two things happen. One is all five power conferences schedule 9 conference games and I would like to see an interconference game each year for each scheduled like the ACC – Big Ten Basketball series. The games are scheduled each winter based on the rankings the year before based on conference records. Include BYU and Notre Dame to keep an even number of teams. This would go along way to giving the committee a lot more evidence to rank teams by.

Why not just a 10 P5 game rule? The only thing a 9 game conference requirement does is punish schools that want to play two P5 teams out of conference.

It’s about time that the PAC-12 starts allowing non-conference games later in the season. In addition to this, why can’t BYU and Notre Dame play each year on Championship weekend. Neither school can schedule with a conference team that weekend, so it is a natural fit in the schedule.