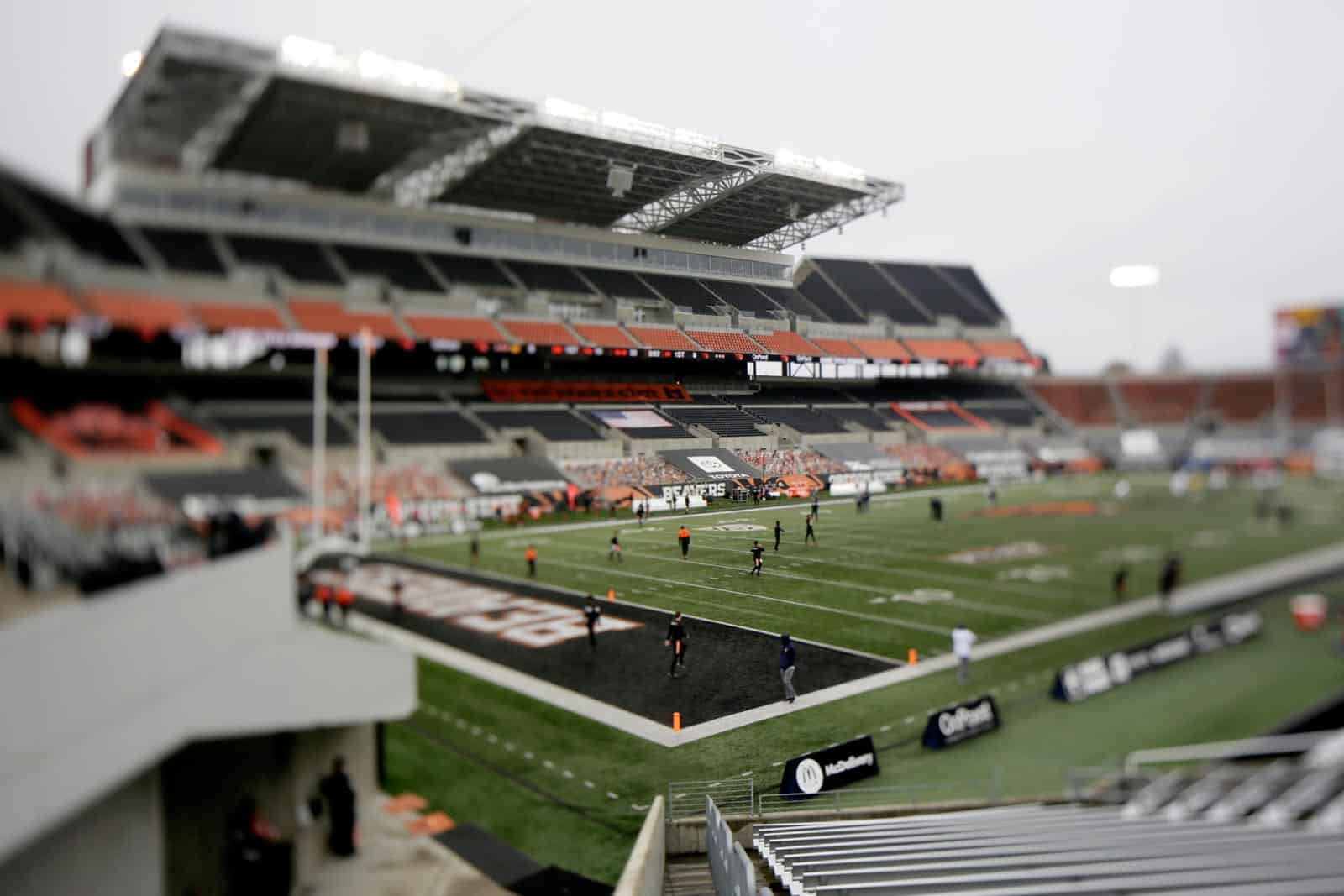 The Oregon State Beavers at Stanford Cardinal football game has been moved to Reser Stadium, the Pac-12 announced on Tuesday.

Reser Stadium, located in Corvallis, Ore., is the home stadium of Oregon State University. The game is scheduled for Saturday, Dec. 12, 2020 and the game time and television information will be announced in the coming days.

Per a statement from Stanford University, the move from Stanford Stadium was made “in light of the Santa Clara County Public Health Department’s emergency directive issued on Nov. 28.”

Stanford (1-2) is scheduled to play at the Washington Huskies on Saturday, Dec. 5 (4:00pm ET, FOX). Due to the directive, the Cardinal football program will travel to Seattle, Wash., today and will practice there throughout the week. Stanford will then travel to Corvallis the following week to practice ahead of the Oregon State contest.