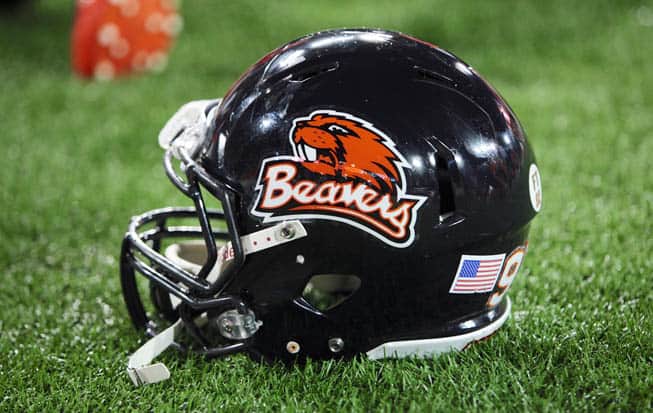 The Oregon State Beavers and the San Jose State Spartans have scheduled a home-and-home football series for 2015 and 2020, OSU announced today.

Oregon State leads the overall series against San Jose State 3-2. The Beavers beat the Spartans 26-12 in their last meeting in 1997 and have won three straight in the series.

The addition of SJSU completes Oregon State’s 2015 non-conference schedule. OSU opens the season at home vs. Weber State on Sept. 5 and then travels to the “Big House” to face Michigan on Sept. 12.

San Jose State now has two games slated for the 2015 season. The Spartans are also tentatively scheduled to host BYU. There should be a return trip to face the Cougars in Provo in a later year, but that hasn’t been confirmed yet.

San Jose State opens the 2013 season at home vs. Sacramento State on Aug. 29, while Oregon State opens at home on Saturday, Aug. 31 vs. Eastern Washington.

Far and away the biggest news of the college football offseason. ;]
Go Spartans!

Though we need to wait for a few years, I bet this is one of the biggest football game to be scheduled this early. All enthusiasts will surely can’t wait for years!

The “Real Spartans”? Michigan State?? Puh-leeze. The real question this year will MSU score 21 points in a game this season?