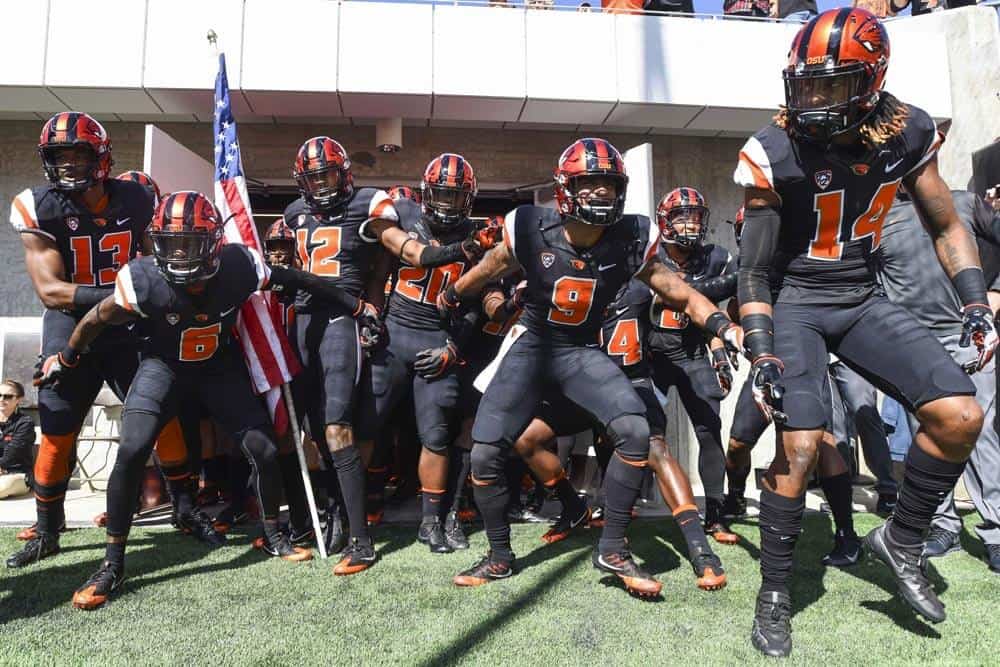 The Oregon State Beavers and the Fresno State Bulldogs have scheduled a home-and-home football series for 2022 and 2024, both schools announced on Tuesday.

In the first game of the series, Oregon State will travel to face Fresno State at Bulldog Stadium on Sept. 10, 2022. The Beavers will then host the Bulldogs at Reser Stadium in Corvallis on Aug. 31, 2024.

Oregon State and Fresno State have met 13 times on the gridiron. The Bulldogs won the most recent meeting 16-14 in Fresno in 2003, but the Beavers still lead the series 8-5.

Oregon State has also added an FCS team to their future football schedule. The Beavers will host the Montana State Bobcats on Sept. 17, 2022.

The Beavers and Bobcats have never met on the gridiron. The two schools were originally scheduled to meet in Corvallis on Sept. 15, 2001, but the game was canceled following the 9/11 terrorist attacks.

“It’s important that we schedule strategically with a mindset of the rigors of the nine-game Pac-12 Conference slate,” Oregon State Vice President/Director of Athletics Scott Barnes said. “I believe we have developed a future schedule that will enable Beaver Nation the opportunity to travel to attractive locales and also present appealing matchups at home.”