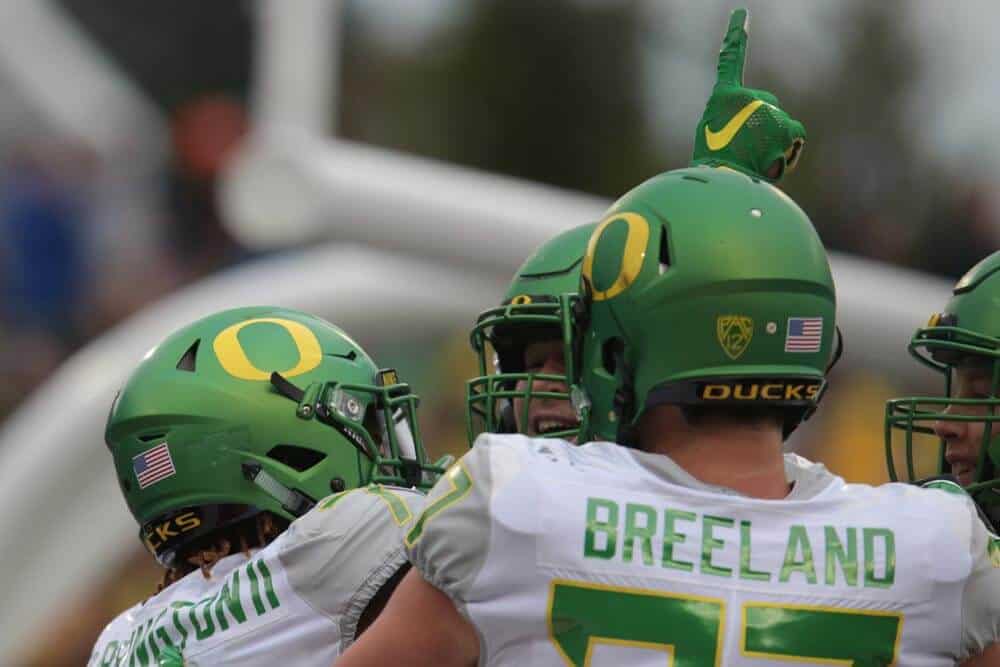 The Oregon Ducks will host the Stony Brook Seawolves in 2021 and the Portland State Vikings in 2023, FBSchedules.com has learned.

Copies of contracts for both games were obtained from the University of Oregon via a public records request.

Oregon will host Stony Brook at Autzen Stadium in Eugene on Sept. 18, 2021. The game will be the first-ever meeting between the two schools and the Ducks will pay the Seawolves a $625,000 guarantee.

Stony Brook is a member of the Colonial Athletic Association (CAA) in the Football Championship Subdivision (FCS). In 2016, the Seawolves went 5-6 overall and 4-4 in conference play.

Oregon will host the Portland State Vikings in Eugene on Sept. 2, 2023. The Ducks will pay the Vikings a $575,000 guarantee for the game.

Portland State is a member of the Big Sky Conference in the FCS. The Vikings, who finished 3-8 last season, are 0-4 all-time against Oregon.

The addition of Stony Brook and Portland State tentatively completes Oregon’s non-conference schedule in 2021 and 2023.

Earlier on Friday, we reported that Oregon has scheduled a home-and-home football series with Baylor. The Ducks will travel to Waco on Sept. 11, 2027 and will host the Bears on Sept. 9, 2028.