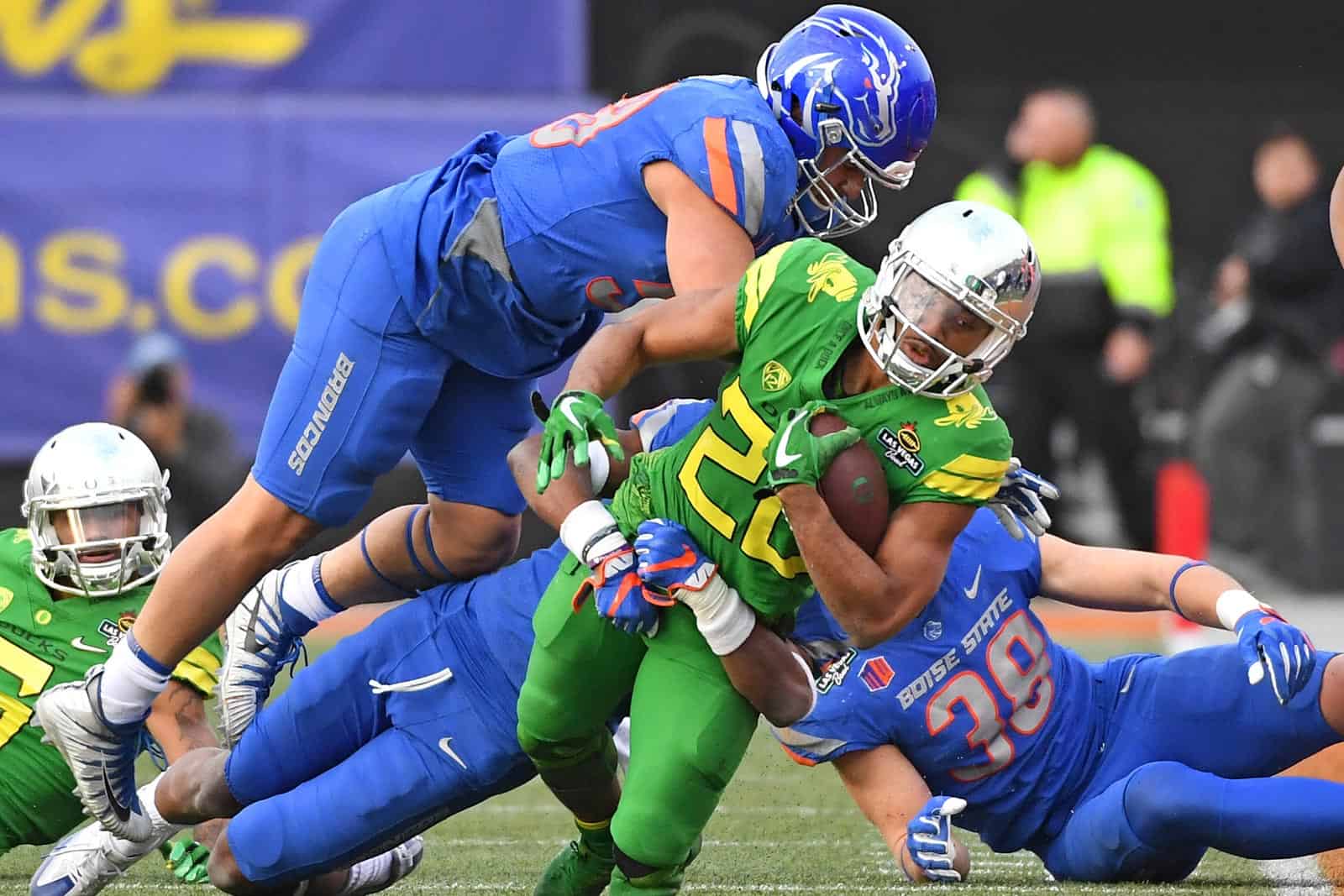 The Oregon Ducks and the Boise State Broncos have scheduled a three-game football series, both schools announced on Thursday.

Oregon and Boise State last met in the 2017 Las Vegas Bowl. The Broncos defeated the Ducks 38-28 in that contest and now lead the overall series 3-0.

Oregon now has three non-conference games scheduled for the 2024 season. The Ducks are also scheduled to host Texas Tech on Sept. 7 and travel to Hawaii on Sept. 21.

Boise State is the first scheduled non-conference opponent for Oregon for both the 2025 and 2026 seasons.

They play in the Mountain West though.

Seems like Boise got the short end of the stick on this deal. It’s bad enough they had to give up two away games for a home game, but to only receive $800,000 on the last game is ridiculous.

Seems strange that Boise was able to schedule home & away with Florida State and Michigan State, but had to do a 2-for-1 with Oregon.

Wasn’t Michigan State a 2 for 1 deal?

I wish the pac 12 would allow Boise State to join it would make the conference more credible.

There is more than just football that goes into decisions on who to add. Consider how Boise’s other sports programs and especially women’s sports stack up to Pac-12 schools. Also, these are colleges and the Pac-12 (along with the Big-10) is more concerned about academics (yes, I know, ASU) than most other conferences. In both of these ways, BYU would be a better fit, but probably won’t fit because of the conservative/religious/Sunday issues.

Not many P5 schools will do a H&H with Boise, too high a risk. With Boise on the sched, Oregon probably now go the SEC route and have weak G5 school and FBS on the sched in ’25 and ’26. Probably will move the ’24 Texas Tech Game. For Boise, they now just need to find one for P5 game for those seasons.

@Boise the MSU deal is actually a 2-for-1 as well, BSU played in East Lansing in 2012; technically they were two separate contracts but everything was announced together.

Oh,I saw what you did there Kevin…..your Mutts are going to find out about the Mountain West soon enough!

Great news for Boise! Even better news is they got one home game out of the deal.