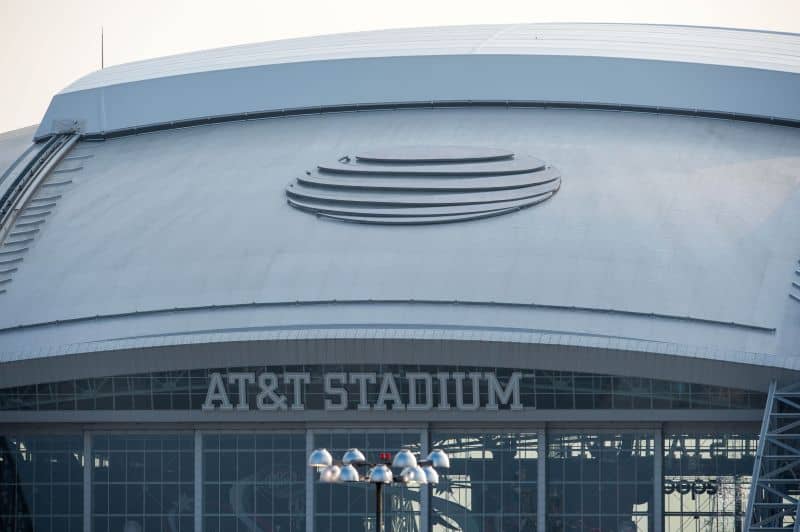 Oregon and Auburn will meet to open the 2019 season in the AdvoCare Cowboys Classic, the two schools officially announced on Tuesday.

“I’m thrilled that Auburn will face Oregon in an epic match-up of two elite programs on a big stage to open the 2019 season,” Auburn athletics director Jay Jacobs said in a statement. “I know how much it means to our players to have an opportunity to play in high-profile games; it is one reason they choose to come to Auburn. I’m also happy for the Auburn family, the best fans in college football. They always travel in masses to support our program, so this is a great reward for them as well.”

The only prior meeting between the schools came in the 2011 BCS National Championship Game, which Auburn won, 22-19.

“An invitation to participate on a stage likes this speaks to the reputation Oregon football has earned, and we’re excited to be part of such a prestigious matchup,” UO athletic director Rob Mullens said in Oregon’s release.

“We’re excited about the opportunity to compete against another high quality nonconference opponent,” said Helfrich.

Nice match-up! So much for Oregon not wanting neutral site games as some would believe.

I wish it was a home and home series, but I’ll take it. War Eagle!

Day… Oregon didn’t want the neutral game but Texas A&M cancelling the 2018 & 2019 home-and-home at the last minute put Oregon in a bind to find a quality opponent for those two season. So the “neutral” game in Jerry’s house was an alternative.

Unfortunately TAM, Georgia and Kansas State changed their mind and did not want to play at Oregon.

The SEC needs to man up a bit more and be willing to play out west. With Bama losing in the first round of the playoff, and the SEC not winning the Last BCS Championship, people are gonna start thinking its their “play as close to home as possible” system in place that gives them this edge they’ve had all this time. It only takes looking at one metric that shows winning percentage start to plummet the further you travel.

Well, teams like Auburn, Georgia, Vandy & Ole Miss have plans of playing out west. Not sure if that has anything to do with Bama losing in the 1st round, FSU also lost in the 1st round. SEC does not have an edge, PAC-12, ACC, SEC & BIG all got into the playoffs, the best team won.

Someone here stated “Auburn has a neutral site game with Oregon in 2019 and Auburn currently trying to get out of that game”.

How is Auburn trying to get out of that game? Citation please. Note the game was scheduled less than a year ago.

Oregon-Auburn scheduled the game since Texas A&M recently cancelled a 2018-19 home-and-home with the Ducks. So if Auburn cancels, then add that to Georgia previously cancelling a home-and-home with Oregon. Three recent cancellations of the SEC vs Oregon. Spineless.