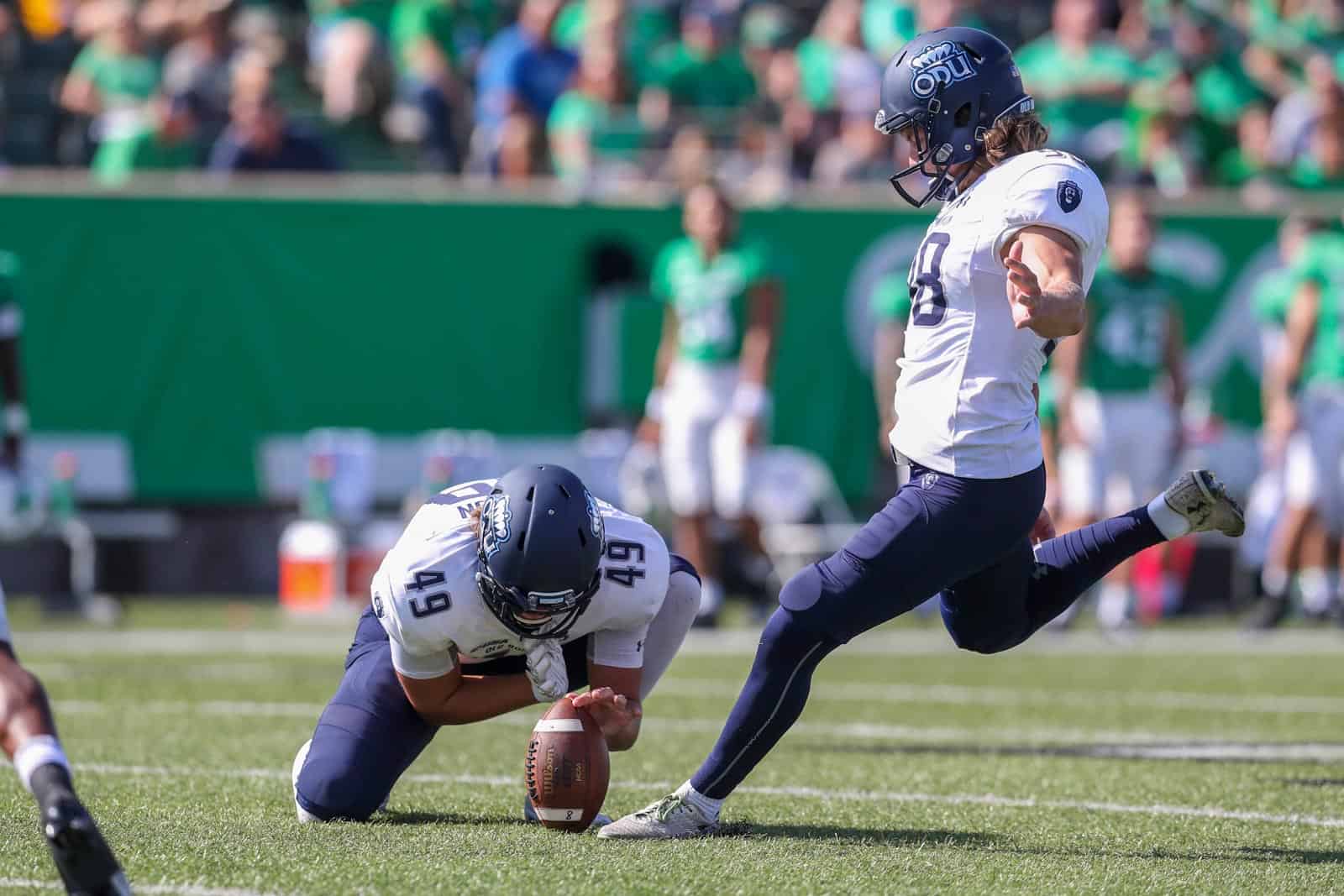 The Old Dominion Monarchs and the UConn Huskies have scheduled a home-and-home football series for the 2026 and 2027 seasons, FBSchedules.com has confirmed.

The series was uncovered by a member of the Monarchs Den message board via a state of Virginia Freedom of Information Act request. FBSchedules.com confirmed that the UConn series is scheduled through a source at Old Dominion University.

In the first game of the series, Old Dominion will host UConn at S.B. Ballard Stadium in Norfolk, Va., on Saturday, Oct. 31, 2026. The Monarchs will travel to return the game the following season at Pratt & Whitney Stadium at Rentschler Field in East Hartford, Conn., on Saturday, Sept. 25, 2027.

The 2026 Old Dominion-UConn contest will mark the first-ever meeting between the two schools on the gridiron.

Old Dominion also has a series on the books with the Virginia Tech Hokies for the 2026 and 2027 seasons. The Monarchs will visit the Hokies on Sept. 12, 2026 and host them the following season on Sept. 11, 2027. Old Dominion’s only other scheduled non-conference opponent those seasons is a home tilt against the East Carolina Pirates on Sept. 18, 2027.

UConn, a Football Bowl Subdivision (FBS) Independent, now has nine opponents scheduled for the 2026 season and seven for the 2027 season.

Old Dominion is scheduled to open the 2022 season on Friday, Sept. 2 at home against Virginia Tech and the game will be televised by ESPNU at 7:00pm ET. The season will mark the first for Old Dominion as a member of the Sun Belt Conference.

UConn opens their 2022 campaign in Week Zero on Saturday, Aug. 27 on the road against the Utah State Aggies. The game will be televised by FS1 at 4:00pm ET.

According to Old Dom Swag, member on the Monarch's Den (FOIA request), @ODUFootball and @UConnFootball have signed a home-and-home agreement to play in 2026 in Norfolk and 2027 in Hartford. There is also a date swap in 2031 for ECU and VT. Future OOC schedule atch'd @FBSchedules pic.twitter.com/dpUzBA8qLA