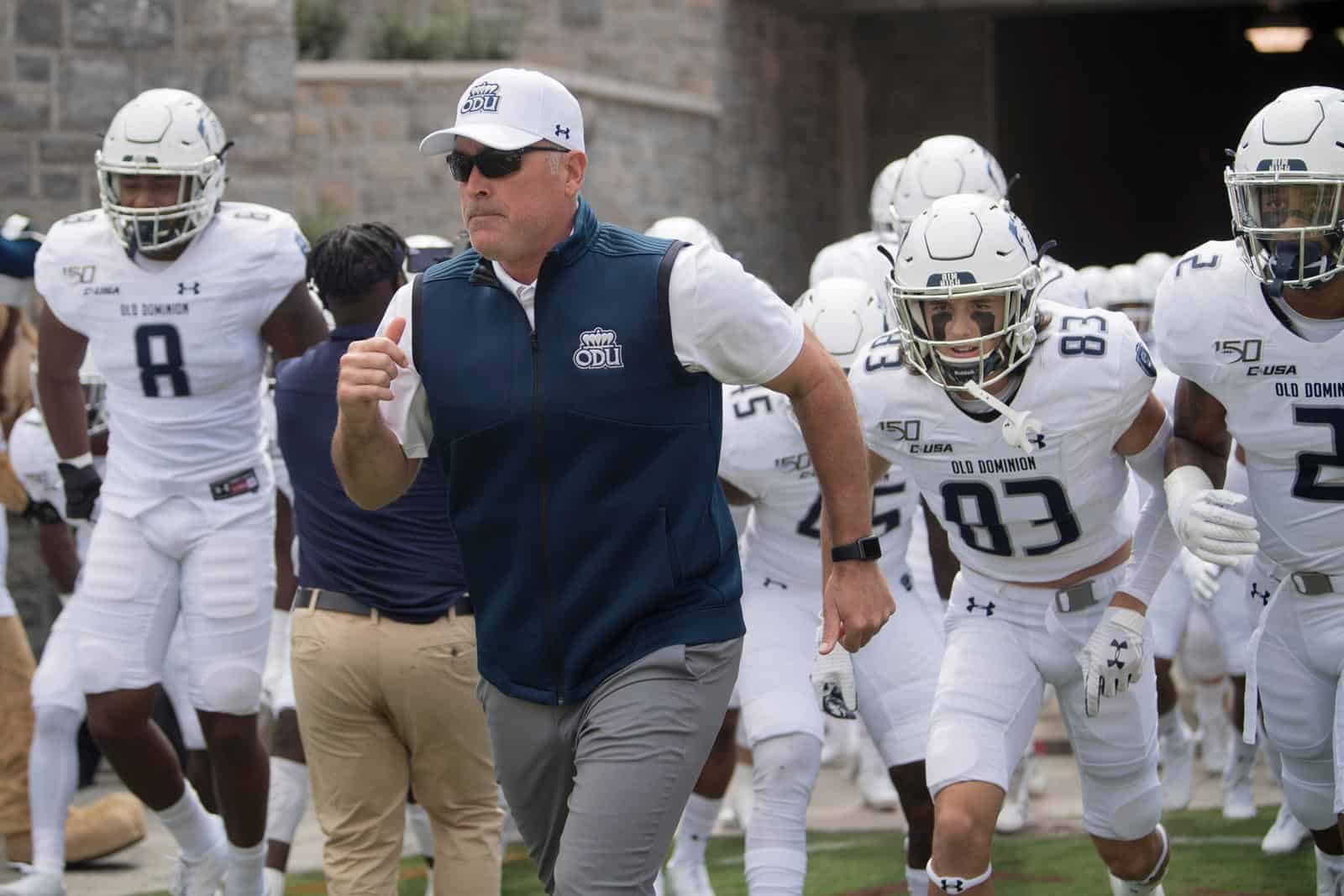 The Old Dominion Monarchs have added the Liberty Flames to their 2023 football schedule, the school announced on Tuesday.

Old Dominion will travel to take on Liberty at Williams Stadium in Lynchburg, Va., on October 7, 2023. The Flames will pay the Monarchs an $800,000 guarantee for the game.

Old Dominion and Liberty, separated by only about 205 miles, have only met two times on the gridiron. Old Dominion won the first meeting 21-17 in Norfolk in 2013, but then fell to the Flames 52-10 in Lynchburg in 2018.

The two schools are also scheduled to meet in a previously announced home-and-home series. Old Dominion will travel to take on Liberty on September 18, 2021 and will host the Flames in Norfolk on October 1, 2022.

“This is the right thing to do for our student-athletes, our program and our fans,” ODU athletic director Wood Selig said. “Lynchburg is a relatively short drive for our fans. We want to play as many games against Virginia schools as possible.

“It’s a difficult balance for us to play a competitive schedule and yet generate the revenue you need while balancing a non-conference schedule. You’ve got to be smart when these opportunities present themselves.”

Liberty is the third announced non-conference opponent for Old Dominion in 2023. The Monarchs also have games scheduled at Virginia Tech on September 2 and at home against Buffalo on September 23.

The Liberty Flames compete as a Football Bowl Subdivision (FBS) Independent. The addition of Old Dominion gives the Flames nine opponents for their 2023 football schedule.