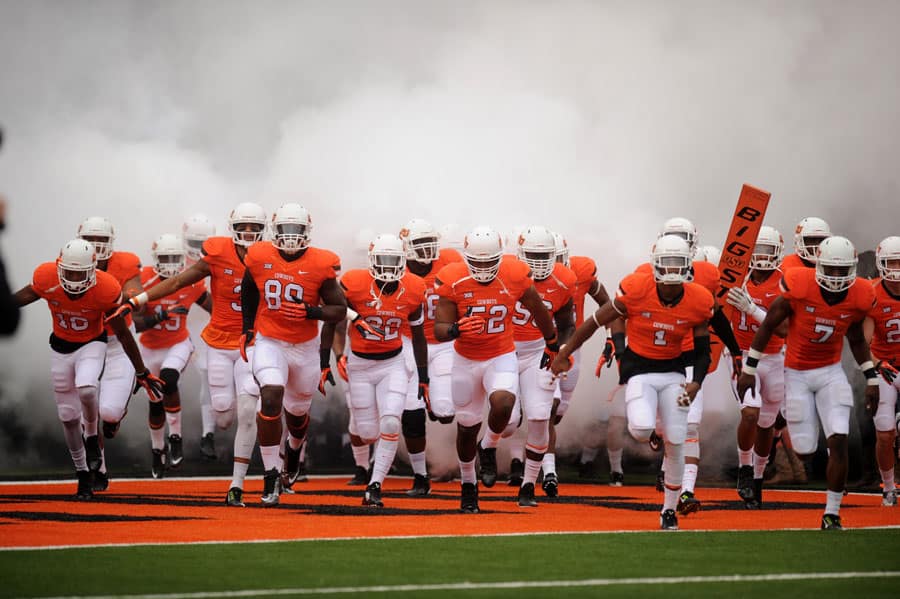 The Oklahoma State Cowboys have added the Missouri State Bears to their 2022 football schedule, FBSchedules.com has learned.

Oklahoma State will host Missouri State at Boone Pickens Stadium in Stillwater on Sept. 17, 2022. The Cowboys will pay the Bears a $425,000 guarantee for the game, per a copy of the contract obtained from Oklahoma State University via a state open records request.

Oklahoma State and Missouri State first met on the gridiron in 1993 and have played seven times overall. The Cowboys won the most recent meeting 40-23 in 2014 to extend their lead in the series to 7-0.

The two schools are also scheduled to meet to open the 2018 season on Saturday, Sept. 1 in Stillwater.

Missouri State is a member of the Missouri Valley Conference in the Football Championship Subdivision (FCS). In 2017, the Bears went 3-8 overall and 2-6 in conference play.

The addition of Missouri State tentatively completes Oklahoma State’s non-conference schedule in 2022. The Cowboys are slated to open the season at home vs. Central Michigan on Sept. 3 and then host Arizona State on Sept. 10.

Adding yet another nationally ranked top contender to compete against showing why OSU should be taken seriously in national rankings
Seriously?