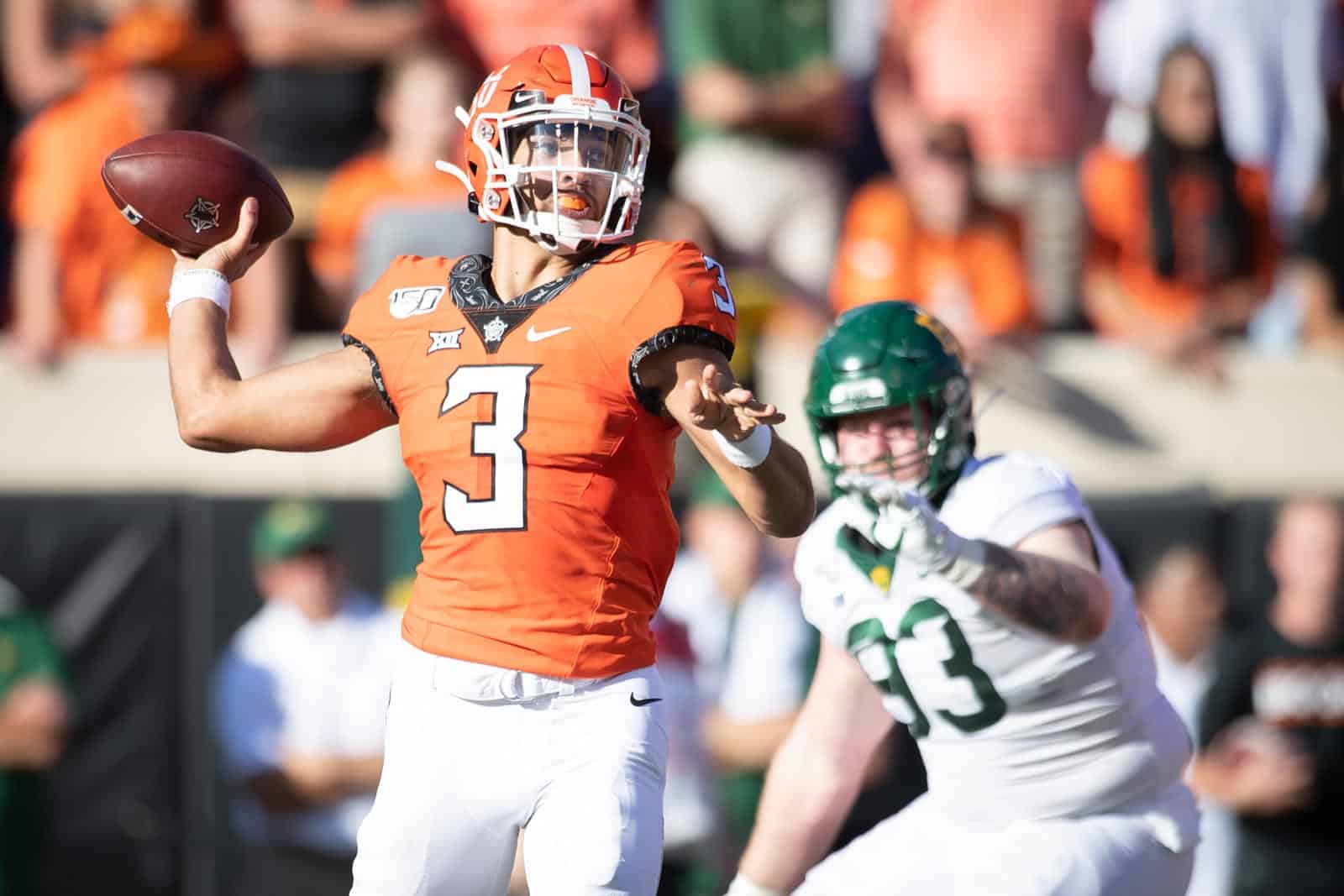 The Oklahoma State Cowboys at Baylor Bears football game has been rescheduled for Saturday, December 12, both schools announced on Sunday.

Oklahoma State was scheduled to travel to take on Baylor at McLane Stadium in Waco, Texas, on Saturday, Oct. 17. The game was postponed due to an increase of positive COVID-19 cases at Baylor.

“We are disappointed to postpone another game,” said Baylor Director of Athletics Mack B. Rhoades. “However, the significant increase in positive COVID-19 cases has led to concerns of an outbreak and the decision to suspend team practice through October 17. Secondly, this has caused a position group to fall below the minimum threshold of available players.

“Though this is an unfortunate outcome, we remain determined to return to the field in the safest manner possible. Thank you to Commissioner Bowlsby and Oklahoma State AD Mike Holder for their cooperation in rescheduling this matchup.”

The Big 12 Conference also issued a statement on the postponement, which reads:

The Big 12 Conference announces the postponement of the Saturday, October 17, Oklahoma State at Baylor football game. Upon the recommendation of medical advisors, Baylor is suspending football operations temporarily after multiple positive COVID-19 test results. The game has been rescheduled for Saturday, December 12. The Dr Pepper Big 12 Championship remains tentatively scheduled for December 12 or 19 pending game results needed to determine the championship game participants.

The postponement means that Oklahoma State will go 21 days between games, with its most recent decision a 47-7 result over Kansas on Oct. 3. The Cowboys are next slated to take the field next Saturday, as they will host the Iowa State Cyclones.

The 1-1 Bears are scheduled to travel to Texas next Saturday.

The game time and television information for the postponed game will be announced nearer to the Dec. 12 date.