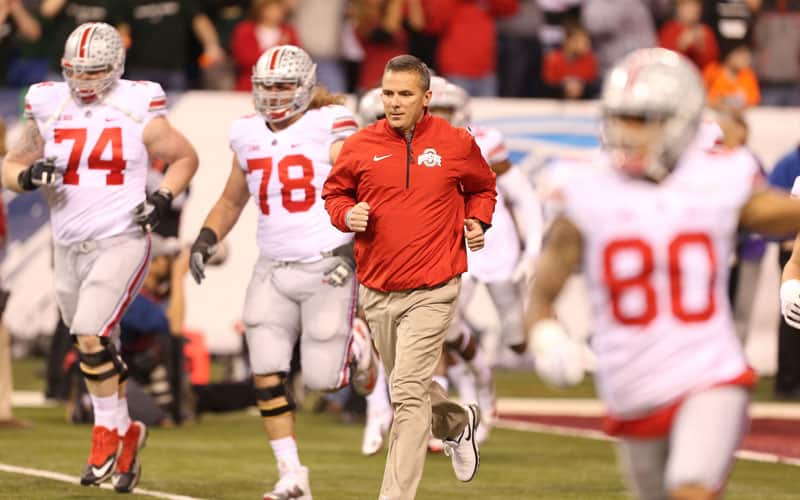 The Ohio State Buckeyes have added games against the Buffalo Bulls (2020) and Akron Zips (2021) to their future football schedules, the school announced on Wednesday.

Ohio State will host Buffalo at Ohio Stadium in Columbus on Sept. 19, 2020. The Bulls will receive a $1.8 million guarantee for the game, according to a copy of the contract obtained from Ohio State University via a state public records request.

The game will be the second meeting between the two schools on the gridiron.

In their first meeting back in 2013, Ohio State defeated Buffalo 40-20 in Columbus.

The Buckeyes will host the Akron Zips in Columbus on Sept. 25, 2021. The Zips will also receive a $1.8 million guarantee, per the copy of the contract obtained from OSU.

Ohio State and Akron have met eight times previously, with seven games played in Columbus and one in Akron. Ohio State leads the overall series 7-1.

The addition of Buffalo and Akron tentatively completes Ohio State’s non-conference schedules for both the 2020 and 2021 seasons.

Ohio State is scheduled to open the 2020 season at home against Bowling Green on Sept. 5. The Buckeyes then travel to play Oregon on Sept. 12 before hosting Buffalo on Sept. 19.

Other games scheduled for Ohio State in 2021 include home contests against Oregon on Sept. 11 and Tulsa on Sept. 18.