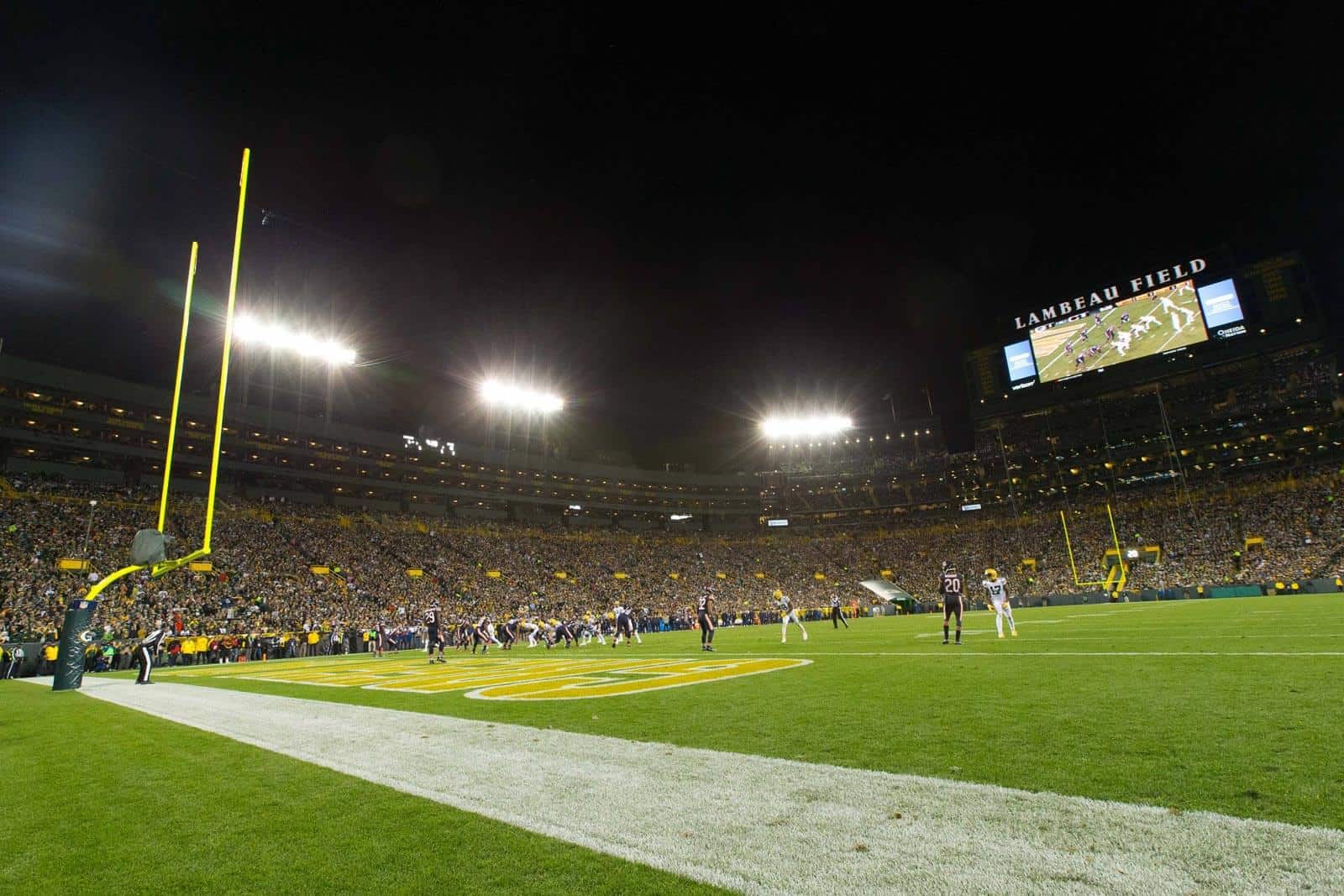 The Notre Dame Fighting Irish and the Wisconsin Badgers have scheduled a football series at Lambeau Field and Soldier Field, the two schools announced on Monday.

In the first game of the series, Notre Dame and Wisconsin will play at Lambeau Field in Green Bay, Wisconsin on Oct. 3, 2020.

Lambeau Field is the home of the NFL’s Green Bay Packers. Nicknamed the “Frozen Tundra,” Lambeau Field seats 81,411 and last hosted a college football game in 2016 when Wisconsin upset LSU 16-14.

The second and final game of the series will be played at Soldier Field in Chicago, Illinois on Sept. 25, 2021.

Soldier Field, the home of the NFL’s Chicago Bears, has a seating capacity of 61,500. It has hosted several college football games over the years and next hosts Illinois and USF in 2018.

The games against Wisconsin will be the “Shamrock Series” game for Notre Dame for both seasons, Notre Dame athletic director Jack Swarbrick stated at the press conference announcing the events.

Notre Dame and Wisconsin have met 16 times on the gridiron. The Fighting Irish lead the series 8-6-2, but the two schools haven’t squared off since a three-game series between 1962 and 1964.

Here’s one for the fbschedules research crew: is anybody else scheduling two-game series with both at neutral sites?

LSU and Wisconsin played at NRG Stadium in Houston in 2014 and at Lambeau Field in 2016.

So this leaves ND with 12 games scheduled in 2020, but just 5 at home in South Bend. I can’t remember the last time a major team (or even just a power conference team) played just 5 home games in a year. Something is going to have to move then. It won’t be USC or Navy, which leaves the neutral game with Wake Forest, and road games at Pitt, Purdue, and Georgia Tech as options to be moved to other years. Any news about which game it might be?

No news on any games moving.

Is there any chance that Notre Dame will honor their commitment to play at BYU after hosting the Cougars twice in South Bend? The argument that the ACC commitment would preclude that is hollow. What is the meaning of a signed contract and meeting your obligations when BYU met theirs? Does Notre Dame get special dispensation because who they are? I am @ Washington fan and a Catholic, but find Notre Dame at times to be a bit holier than thou.

The Fighting Irish could flip home and away with Georgia Tech in 2020 and 2021 and put North Carolina into the 2020 schedule, then host Rutgers in 2021. This would give Notre Dame at least 6 home games in South Bend from 2020 and beyond. Also remember the BYU deal was signed when Notre Dame hadn’t signed the ACC deal yet. Like all types of business sometimes deals get broken or partially fulfilled. BYU’s AD needs to force the issue of the two schools to play each other if they want this to happen.

Thanks, Kevin. So this is the “Wisconsin scheduling model”.

I agree it is unconscionable that ND hasn’t found a slot to go to Provo since the 2012-13 back-to-backs in South Bend. In the meantime, ND has booked future series with Michigan, Arkansas and Wisconsin, as well as Ohio St and A&M, if I’m not mistaken. ND has also booked a slew of bodybag games, mainly against MAC schools. Where is the honor, Savvy Jack?

RE: Five ND games in South Bend in 2020. ND seems most likely to flip-flop the Purdue (’20-21) or Navy (’19-20 or ’20-21) games. ND and Navy flipped previously, back in the ’90s, to accommodate scheduling needs. And Navy should be relatively indifferent about flip-floppiong, as their home games aren’t true home games.

It really would be without current state-of-the-world precedent for ND to have only five true home games.

ND does have 6 home games in 2021, along with the Soldier Field game in this series. There’s still an opening for a road game that year that is in my opinion likely to be BYU. The Irish have a full September schedule, so the game would have to be in October or November, which is why BYU makes sense. All this is, of course, provided that the resolution of the 2020 problem of 5 home games doesn’t consume the 2021 date.