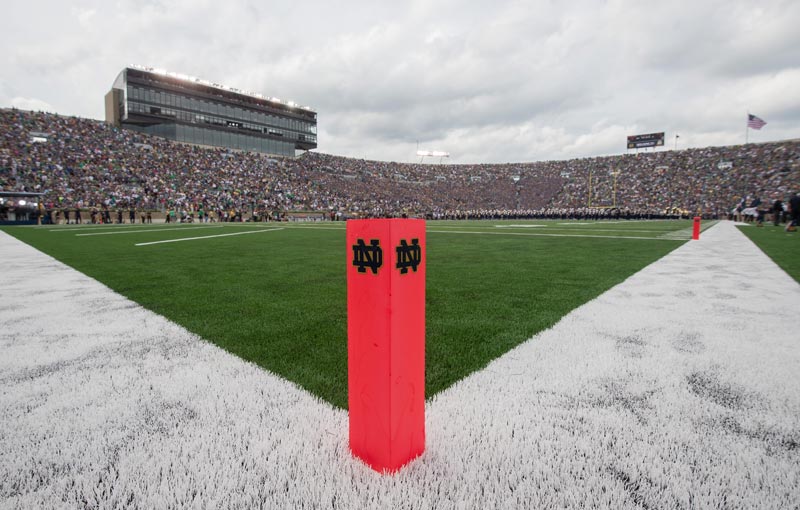 Stadium Journey, a website and monthly magazine which focuses on rating stadium experiences from around the world, has released its list of 2014 FBS College Football Stadium Experience Rankings.

“It is one of those special places that all sports fan aspire to visit, even if they are not fans of college football. It doesn’t matter what inspires you to go and see a game at Notre Dame Stadium; whether it is the fervent fan following, your appreciation of history, or the movie Rudy. Whatever your reason, you would be justified to go and see a Fighting Irish home game, and chances are your expectations will be exceeded.”

Alabama’s Bryant-Denny Stadium came in second place and was followed by Los Angeles Memorial Coliseum, home of the USC Trojans.

Listed below are the Top 10 stadium experiences for College Football:

You got to be kidding your self, no tiger stadium in Baton Rouge on this list, this list is a joke !

Visit the site that did the rankings. The rankings are based on several factors.

There is NO better Saturday college football venue than the home of the Badgers,Camp Randall Stadium in Madison,WI.

Nd stadium is a replica of Michigan Stadium. Designed by Michigan to help Nd

If you have never been to Madison’s Camp Randall on game day, you are missing one of the greatest venues in all of college football. A very special treat for BUCKY FANS and all visiting fans as well.

I know Nebraska fans loved their experience in South Bend when their fan base sold out.