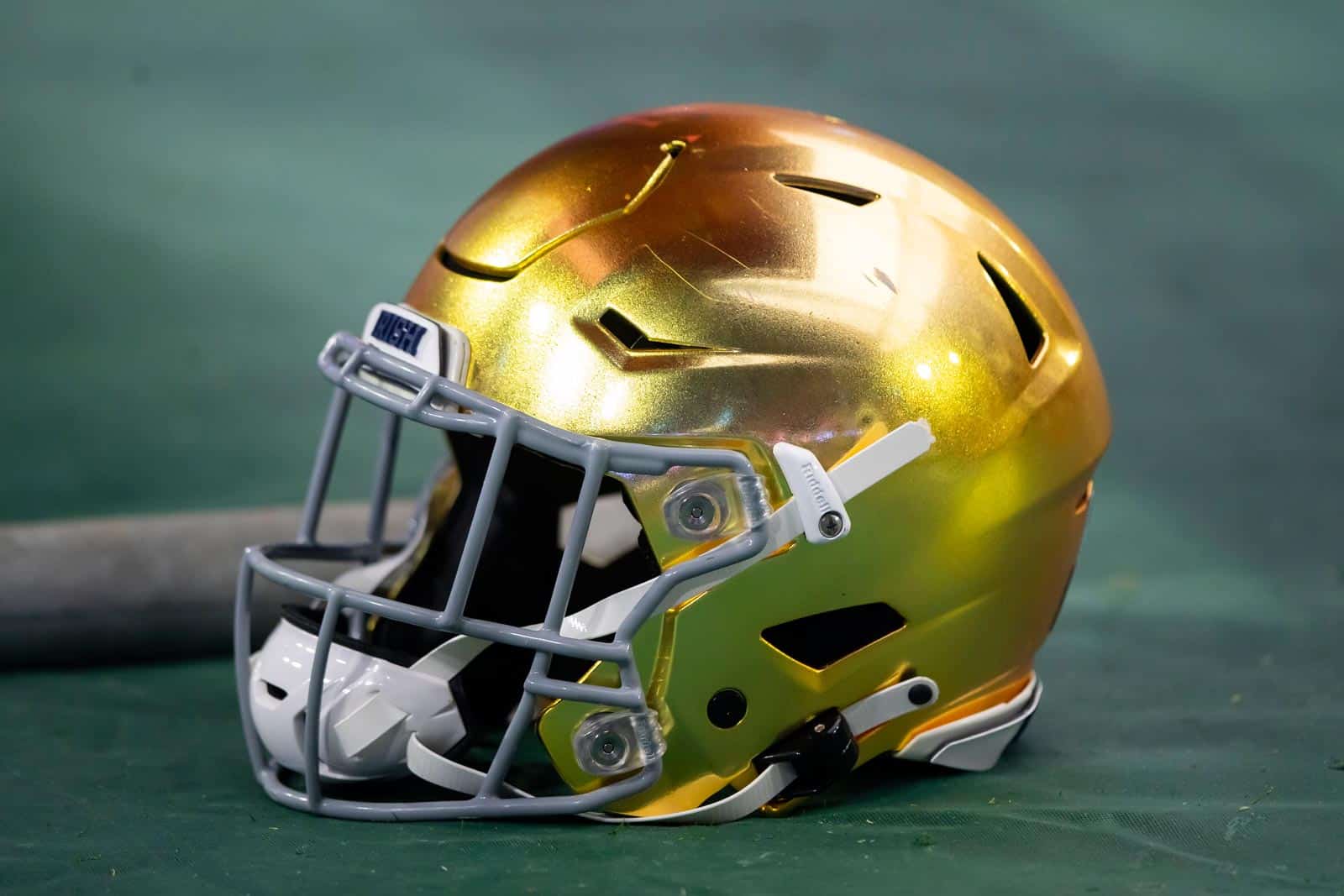 The Notre Dame Fighting Irish have announced kickoff times for their home football games in 2022, which includes six games at Notre Dame Stadium.

The Fighting Irish open their home schedule at Notre Dame Stadium in South Bend, Ind., in Week 2 on Saturday, Sept. 10 against the Marshall Thundering Herd. The game is set for 2:30pm ET on NBC.

Three additional Notre Dame home games kick off at 2:30pm ET during the 2022 season and all three games will be televised by NBC. The California Golden Bears visit South Bend on Sept. 17, the UNLV Rebels play at Notre Dame Stadium on Oct. 22, and the Boston College Eagles visit on Nov. 19.

Notre Dame’s Shamrock Series game in 2022 against the BYU Cougars on Oct. 8 will be televised in primetime by NBC at 7:30pm ET. The Fighting Irish and Cougars will square off at Allegiant Stadium in Las Vegas, Nevada.

Notre Dame will also appear in two primetime matchups at Notre Dame Stadium in 2022. The Stanford Cardinal visit on Oct. 15, followed three weeks later by the Clemson Tigers on Nov. 5. Both contests are set for 7:30pm ET on NBC.

Notre Dame finished the 2021 season with an 11-2 record, culminating with a 37-35 loss to Oklahoma State in the PlayStation Fiesta Bowl. The 2022 season will be the first for the Irish under new head coach Marcus Freeman.

If you want to see a day game at ND, you can choose between Marshall, Cal, UNLV or BC. Meh.