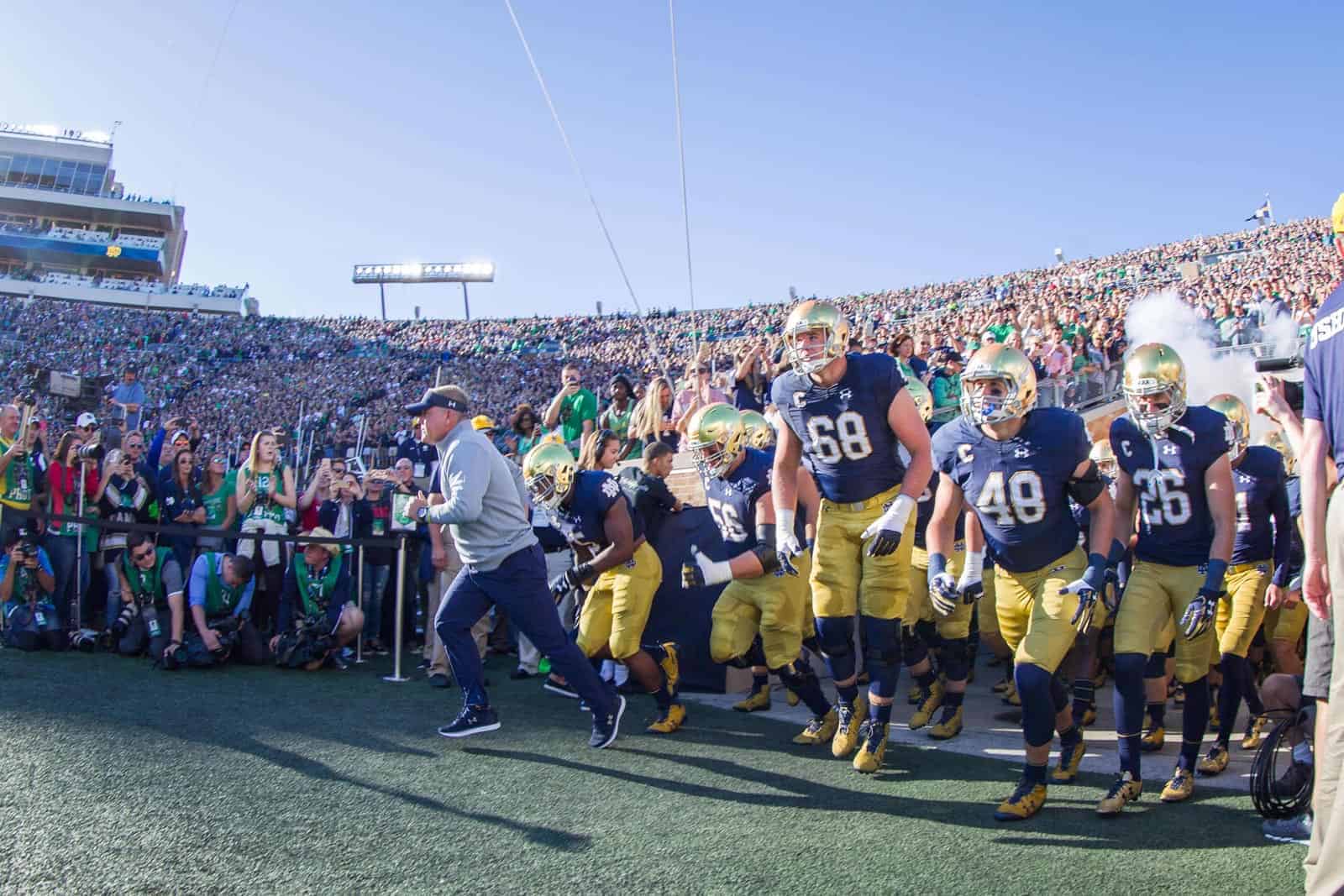 The Notre Dame Fighting Irish have announced kickoff times for their home football games in 2018, which includes six games at Notre Dame Stadium.

On Sept. 29, the Stanford Cardinal visit South Bend. The game will be televised by NBC at 7:30pm ET.

One additional Fighting Irish home game in 2018 will be televised in prime-time by NBC at 7:30pm ET — the Nov. 10 game against Florida State.

The Fighting Irish have designated the Syracuse game on Nov. 17 as their Shamrock Series game in 2018. The contest will be played at Yankee Stadium in Bronx, New York and it will be televised by NBC at 2:30pm ET.

Kickoff times for road games at Wake Forest, Virginia Tech, Navy (in San Diego), Northwestern, and USC will be announced at a later date.

Yeah probably has to do with NBC’s other programs. I guess they don’t prioritize Vanderbilt likes its SEC counterpart, Georgia.