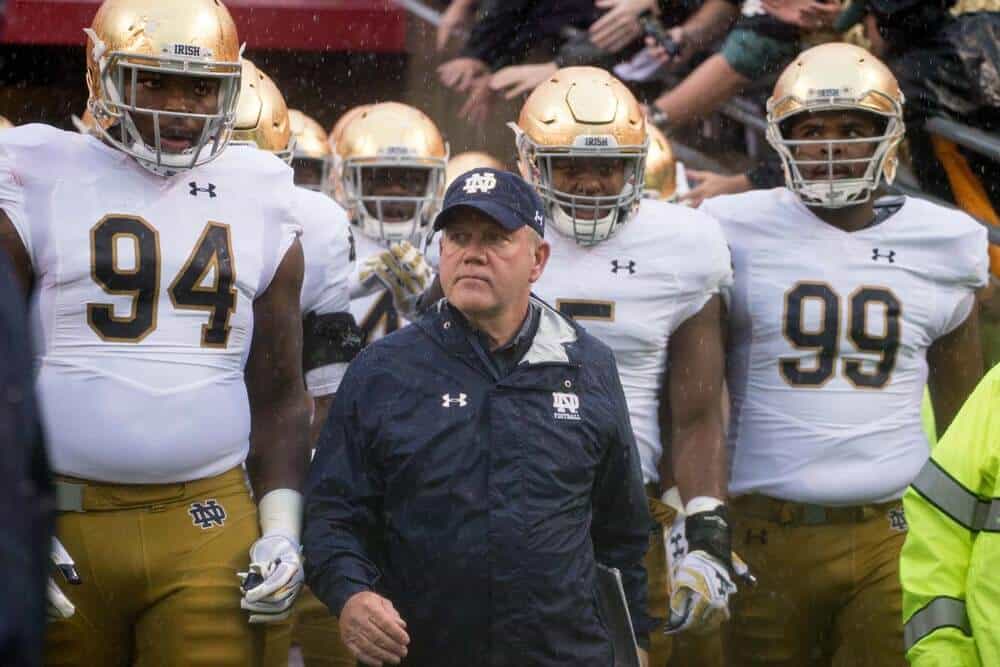 The Notre Dame Fighting Irish have announced kickoff times for their home football games in 2017, which includes seven games at Notre Dame Stadium.

Notre Dame will open the 2017 season with two straight home games and both will be televised by NBC. The Irish will take on Temple on Sept. 2 at 3:30pm ET and Georgia on Sept. 9 at 7:30pm ET.

On Sept. 30, the Miami (Ohio) Redhawks visit South Bend. The game will be televised by NBCSN at 5:00pm ET.

One additional Fighting Irish home game in 2017 will be televised in prime-time by NBC at 7:30pm ET — the Oct. 21 game against USC.

Kickoff times for road games at Boston College, Michigan State, North Carolina, Miami (FL), and Stanford will be announced at a later date.

As someone that despises Notre Dame, I support the idea of scheduling the ND @ Stanford game for broadcast on Fox.