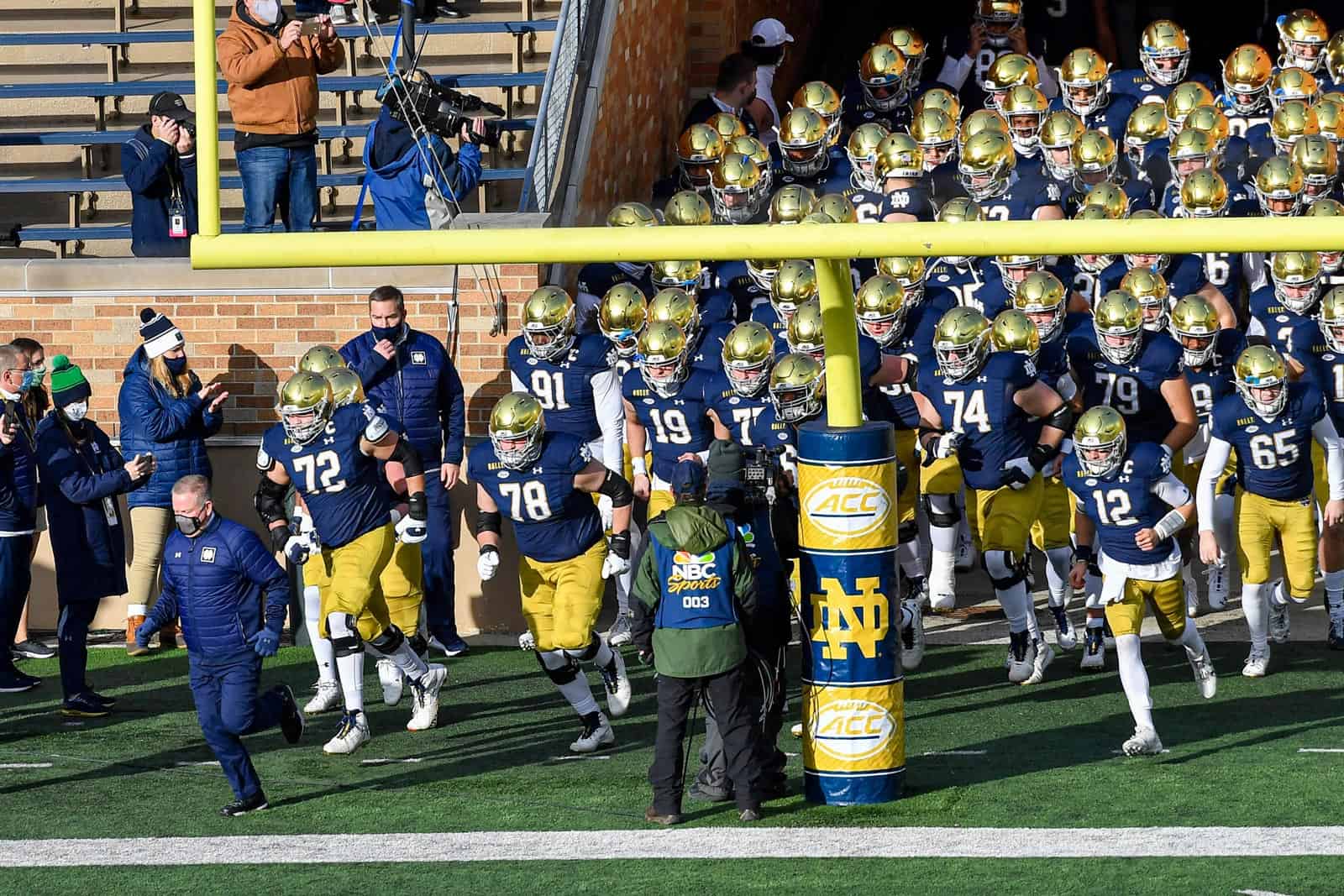 The Notre Dame Fighting Irish and the Indiana Hoosiers have scheduled a home-and-home football series for 2030 and 2031, both schools announced today.

Notre Dame and Indiana haven’t squared off on the gridiron since a 49-27 Fighting Irish victory in 1991. The two schools have met 29 times overall with Notre Dame leading the series 23-5-1.

Notre Dame, a Football Bowl Subdivision (FBS) Independent, now has seven games scheduled for the 2030 season. Other opponents scheduled include Duke, Florida State, and North Carolina at home and Louisville, Boston College, and Navy at home.

In 2031, the Fighting Irish have games slated at home against USF, Florida, NC State, Miami (FL), and Navy and on the road against Clemson, Virginia, and Pitt.

“I’m looking forward to facing one of the most storied programs in the history of college football,” Indiana head coach Tom Allen said. “It’s tremendous for the state of Indiana and for our fans, and it will be a great opportunity for our players.”

Notre Dame is the first scheduled non-conference opponent for Indiana for both the 2030 and 2031 seasons.