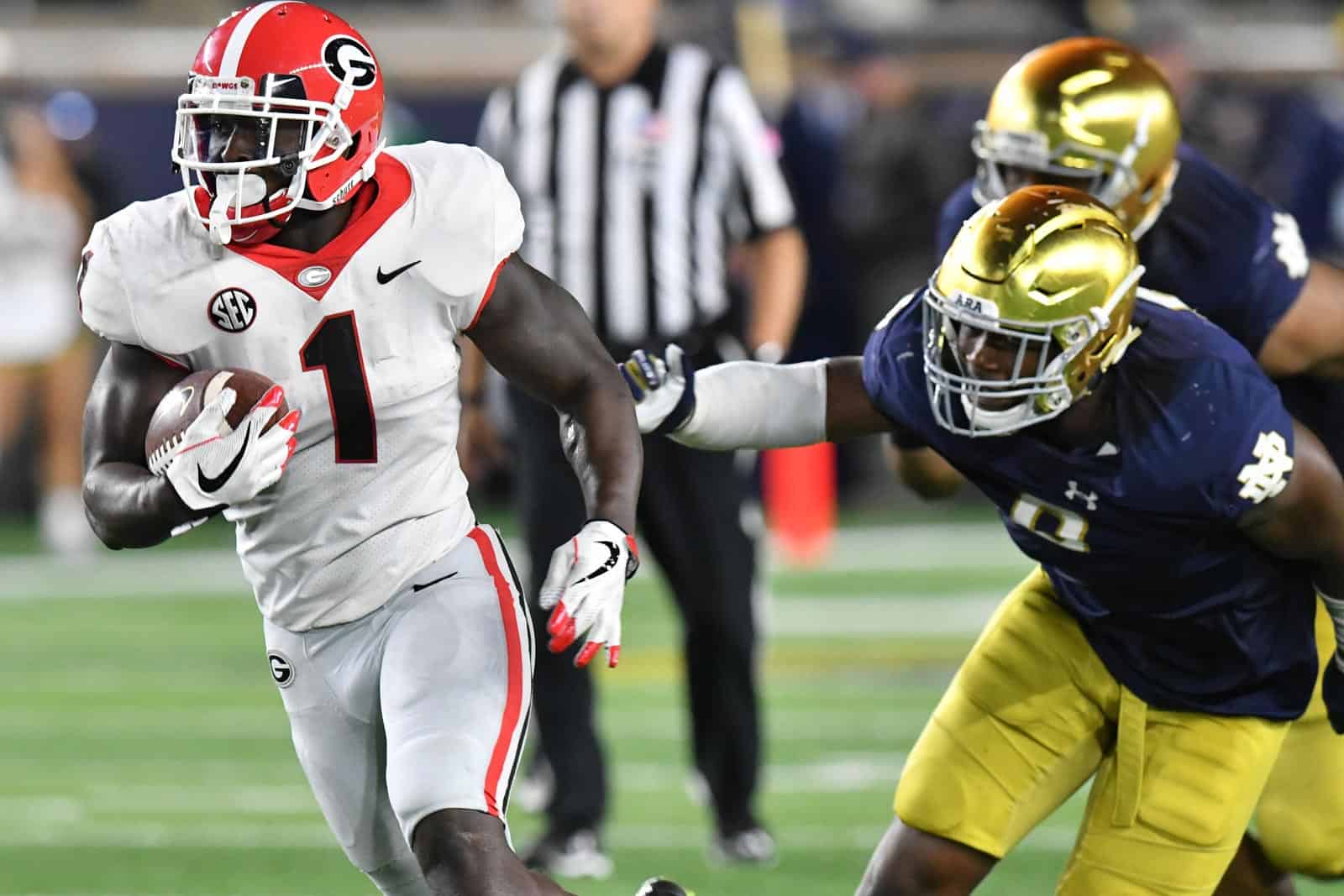 The Notre Dame at Georgia football game this season has been set for primetime of a CBS doubleheader, the network announced on Tuesday.

The game is scheduled for Saturday, September 21 at Sanford Stadium in Athens, Georgia and it will be televised by CBS at 8:00pm ET. The game will be called by Brad Nessler and Gary Danielson with Jamie Erdahl reporting from the sidelines.

Tickets for the game are in high demand and are currently starting at $525 each on via StubHub.

Alabama-LSU has been the night game of the SEC on CBS doubleheader since the 2011 season.

The first game of the CBS doubleheader at 3:30pm ET will be announced at a later date. Below are the options for the game:

Both Georgia and Notre Dame will likely head into their Sept. 21 matchup undefeated. Georgia opens the 2019 season on the road in Nashville, Tennessee against Vanderbilt (Aug. 31) before hosting Murray State (Sept. 7) and Arkansas State (Sept. 14) in Athens.

Notre Dame opens the 2019 season on Labor Day, Monday, Sept. 2, on the road in Louisville, Kentucky, against the Louisville Cardinals. After an off week, the Fighting Irish open their home schedule at Notre Dame Stadium against the New Mexico Lobos on Sept. 14.

what more do you want???

I will like to see Ole Miss vs Cal but my guess will be Tennessee vs Florida.