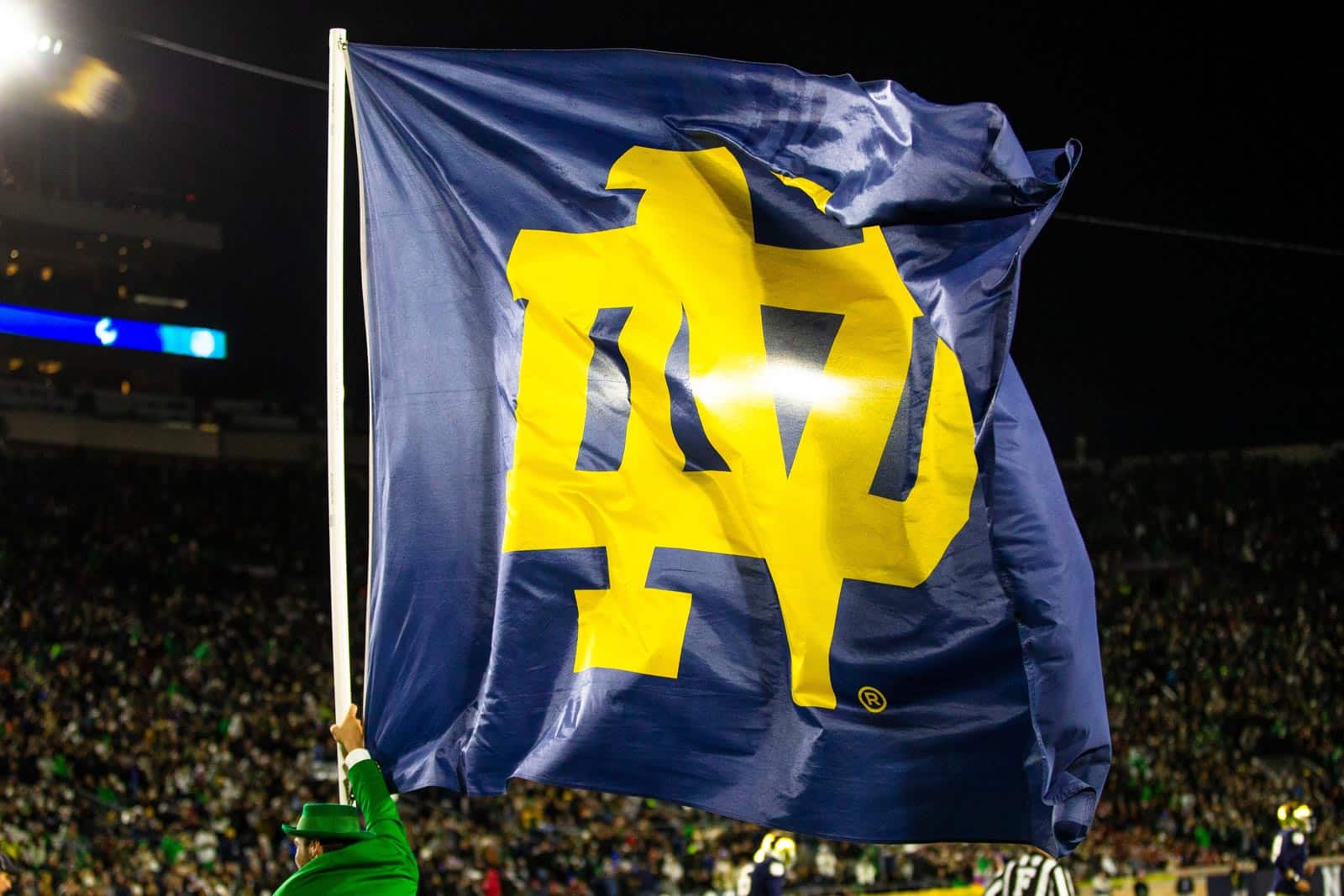 The Notre Dame Fighting Irish have finalized their 2023 football schedule, the school announced on Wednesday.

Notre Dame is scheduled to open the 2023 season in Week Zero on Saturday, Aug. 26 against the Navy Midshipmen in the Aer Lingus College Football Classic. The game will be played at Aviva Stadium in Dublin, Ireland.

The Fighting Irish then open their home slate at Notre Dame Stadium in South Bend, Ind., against the Tennessee State Tigers on Saturday, Sept. 2. The game will mark Notre Dame’s first against a Historically Black College or University (HBCU) and first against a team from the Football Championship Subdivision (FCS).

On Sept. 9, Notre Dame heads out for their first ACC tilt of the season against the NC State Wolfpack. The Fighting Irish then return home to host consecutive games at Notre Dame Stadium against the Central Michigan Chippewas on Sept. 16 and the Ohio State Buckeyes on Sept. 23.

Next up are back-to-back road contests at the Duke Blue Devils on Sept. 30 and the Louisville Cardinals on Oct. 7. Notre Dame then host the USC Trojans in South Bend on Oct. 14 before their first bye week of the season on Oct. 21.

The Pitt Panthers are slated to visit Notre Dame Stadium on Oct. 28, and that contest is followed by the Irish making a road trip to take on the Clemson Tigers on Nov. 4. The Irish then have their second and final bye week of the season on Nov. 11.

Notre Dame closes out the 2023 regular-season with a home tilt against the Wake Forest Demon Deacons on Nov. 18 and a road trip at the Stanford Cardinal on Nov. 25.

The 2023 season will be the second for Notre Dame under new head coach Marcus Freeman. Freeman led the Irish to a 9-4 overall record and a win over South Carolina in the TaxSlayer Gator Bowl in his first season.

I Never thought that Notre Dame would schedule and FCS Team (Tennessee State)!