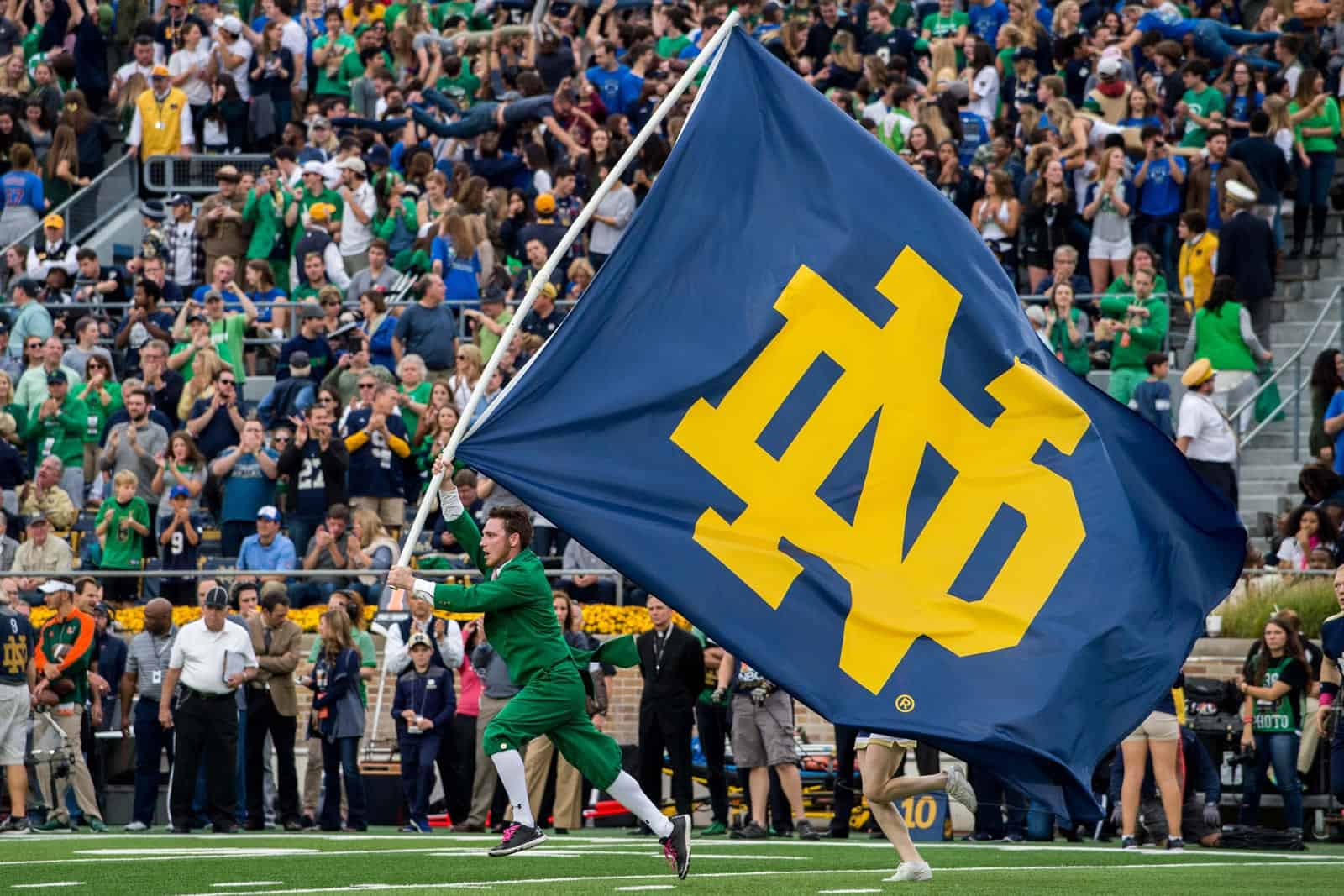 The Notre Dame Fighting Irish have added the Tennessee State Tigers to their 2023 football schedule, the school announced on Tuesday.

Notre Dame will host Tennessee State at Notre Dame Stadium in South Bend, Ind., on Saturday, Sept. 2, 2023. The game will be aired live on NBC.

“We’re excited to bring a pair of great academic institutions that are steeped in tradition together in 2023,” said Notre Dame Vice President and James E. Rohr Director of Athletics Jack Swarbrick. “None of this would be possible without Dr. (Mikki) Allen and Coach (Eddie) George’s vision for what this game can represent to our Universities. I’m thrilled we’re able to bring the Tigers and the Irish together for a weekend that will feature programs with over 20 combined national titles, the Aristocrat of Bands and the Band of the Fighting Irish.”

Notre Dame and TSU have never squared off on the gridiron. The contest will also mark the Fighting Irish’s first contest against a Historically Black College or University (HBCU). Tennessee State is currently a member of the FCS Ohio Valley Conference (OVC).

With the addition of Tennessee State, Notre Dame has finalized its football schedule for the 2023 season. The Irish will break the seal on the 2023 campaign with a trip to Dublin, Ireland, on Saturday, Aug. 26 to face Navy. Central Michigan (Sep. 16), Ohio State (Sep. 23), USC (Oct. 14), and a game at Stanford (Nov. 25) will comprise the non-ACC portion of the Notre Dame slate.

During the ACC portion of the docket, Notre Dame will host Wake Forest and Pitt and will travel to Clemson, Duke, Louisville, and NC State.

As an HBCU alum, I am glad to see TSU getting the national exposure. I hope they play ND tough for 4 quarters.

As an HBCU alum, I am glad to see TSU getting national exposure. I hope they play ND tough for 4 quarters.

So now there is only 1… after UCLA plays Alabama State this coming season, that will leave only USC with the notability of having never played an FCS/Division 1-AA opponent in football.

Notre Dame has always taken pride in itself for having never played and FCS/Division 1AA school in football since that distinction was established in the late 1970’s. It would seem they have swallowed their pride and joined the rest of “the unwashed masses.” Maybe it is time for Notre Dame to “take the knee” and become a full conference member for all sports.

It’s my opinion that if they want to stay independent in football, they should join the Big East, because they don’t sponsor football. If you have a football team, and you’re in a conference that has football, there’s no reason why you shouldn’t be in that football conference.
The exceptions are Army & Navy, since the Patriot League is an FCS conference, and they play at the FBS level.

It is also the first time ND has played a school that was FCS at the time of play.

Should be a fun weekend for all and here is hoping Tennessee State battles ND hard. Glad to see this game scheduled and a little enivous to boot.

I am stunned by this. Notre Dame has never played an FCS school. It’s good for Tennessee State, an HBCU school. It will get them some exposure and the paydays are always good, but a surprise for sure.

If Notre Dame was bound and determined to play an FCS school and an HBCU, it should have offered this opportunity to Grambling, the most iconic name in HBCU football. Or Southern, with one of the best marching bands in college athletics, regardless of level. Or Jackson State, coached by a football icon. Who the hell is Tennessee State? The school that produced cocaine addict Jefferson Street Joe Gilliam?

Tennessee State has the Aristocrat of Bands and is also coached by a high-level NFL star, albeit not one as big as Deion, in Eddie George.

I think Notre Dame should rethink here and replace Tenn State with a G5 school. It’s not a good look. it’s something that most schools should not do. I can see a G5 school playing an FCS school. For them, it is very similar to a P5 playing G5. We know there are three levels of D1 football

When Notre Dame–or any P5 school–plays FCS, its level 1 playing level 3. It’s just a bad look, a bad game and most of the time, beyond noncompetitive.