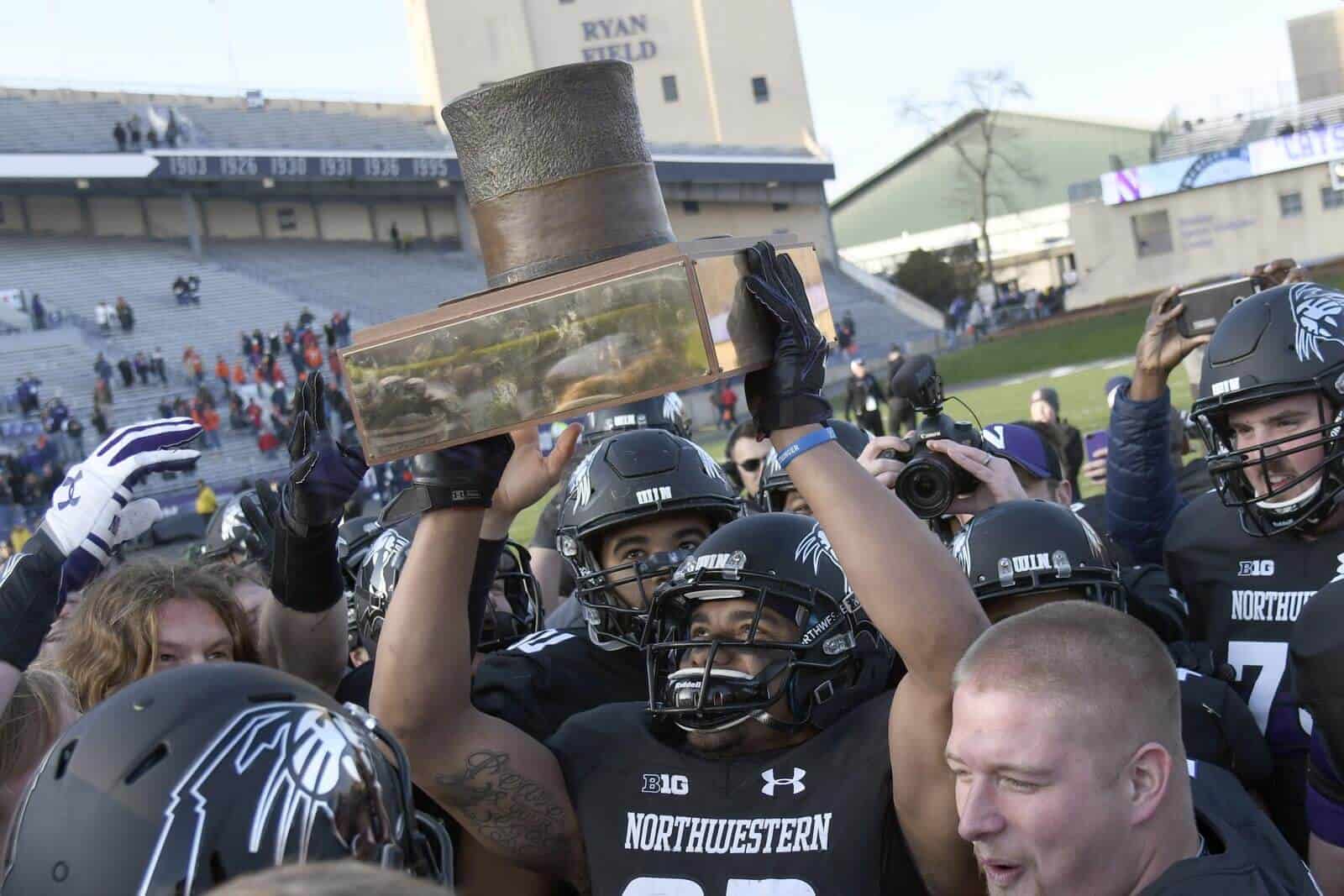 The Northwestern Wildcats have officially announced their 2018 football schedule, which includes non-conference games vs. Duke and Notre Dame.

The Wildcats’ 2018 slate was essentially finished back in March when we reported the addition of a home game against Akron. No other changes to their schedule have occurred since then.

Northwestern opens the 2018 season on the road in a Big Ten game against the Purdue Boilermakers. The Wildcats then host three consecutive games at Ryan Field in Evanston — Duke on Sept. 8, Akron on Sept. 15, and then Michigan on Sept. 29 following a week off.

On Oct. 6, Northwestern hits the road to face Michigan State before returning home to take on Nebraska on Oct. 13. After a trip to Rutgers on Oct. 20, Northwestern hosts consecutive games against Wisconsin on Oct. 27 and Notre Dame on Nov. 3.

The Wildcats then have back-to-back games on the road at Iowa on Nov. 10 and Minnesota on Nov. 17. Northwestern closes out the regular-season with their annual rivalry game against Illinois at home.

9 conference games, Notre Dame, and Duke…for a team that’s usually a fringe contender at their very best, you can’t say NW lacks guts. That’s as legit of a schedule as you’ll get anywhere in the P5.

Getting Notre Dame at home was a nice get for the Wildcats.