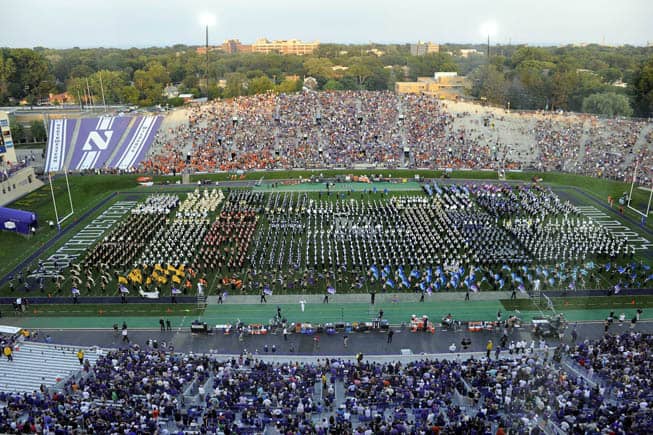 The Northwestern Wildcats have added the Northern Illinois Huskies to their 2014 football schedule, both schools officially announced this morning.

Northwestern will host NIU at Ryan Field in Evanston on Sept. 6, 2014. The game will be the first meeting between the two schools since 2005.

NU and NIU first met in 1975 and have played every contest in Evanston. The Wildcats lead the overall series 6-0-1.

“We’re excited to add the two-time defending MAC champions and 2013 Orange Bowl participants, and in-state program that I have the deepest respect and admiration for, to a list of future opponents that already includes teams such as California, Notre Dame and Stanford. There has never been a better time to be a Wildcats football fan” said Northwestern Vice President for Athletics and Recreation Jim Phillips.

The addition of NIU completes Northwestern’s 2014 football schedule. The Wildcats open the season at home vs. California on Aug. 30 before taking on NIU. Other non-conference games include a home game against Western Illinois and a trip to Notre Dame.

In Big Ten play, Northwestern is set to host Wisconsin, Nebraska, Michigan, and Illinois and travel to Penn State, Minnesota, Iowa, and Purdue.

“I am extremely excited to add Northwestern, a high-quality opponent, to our 2014 football non-conference schedule,” NIU Associate Vice-President and Director of Athletics Sean Frazier said. “Declining attendance at college football games is a national trend and scheduling has been identified as a prime factor in the decline. I am continually evaluating our future football schedules, and the addition of this game is just the first announcement regarding concerted efforts to improve our football schedule, connect with our alumni base in the Chicago region, increase exposure for NIU and promote the NIU Huskies as a national brand.”

Northern Illinois now has four non-conference games tentatively set on their 2014 schedule. The Huskies also travel to Wake Forest on Sept. 13 and Arkansas on Sept. 20 and will reportedly host Presbyterian on a date to be announced.

not a bad match up