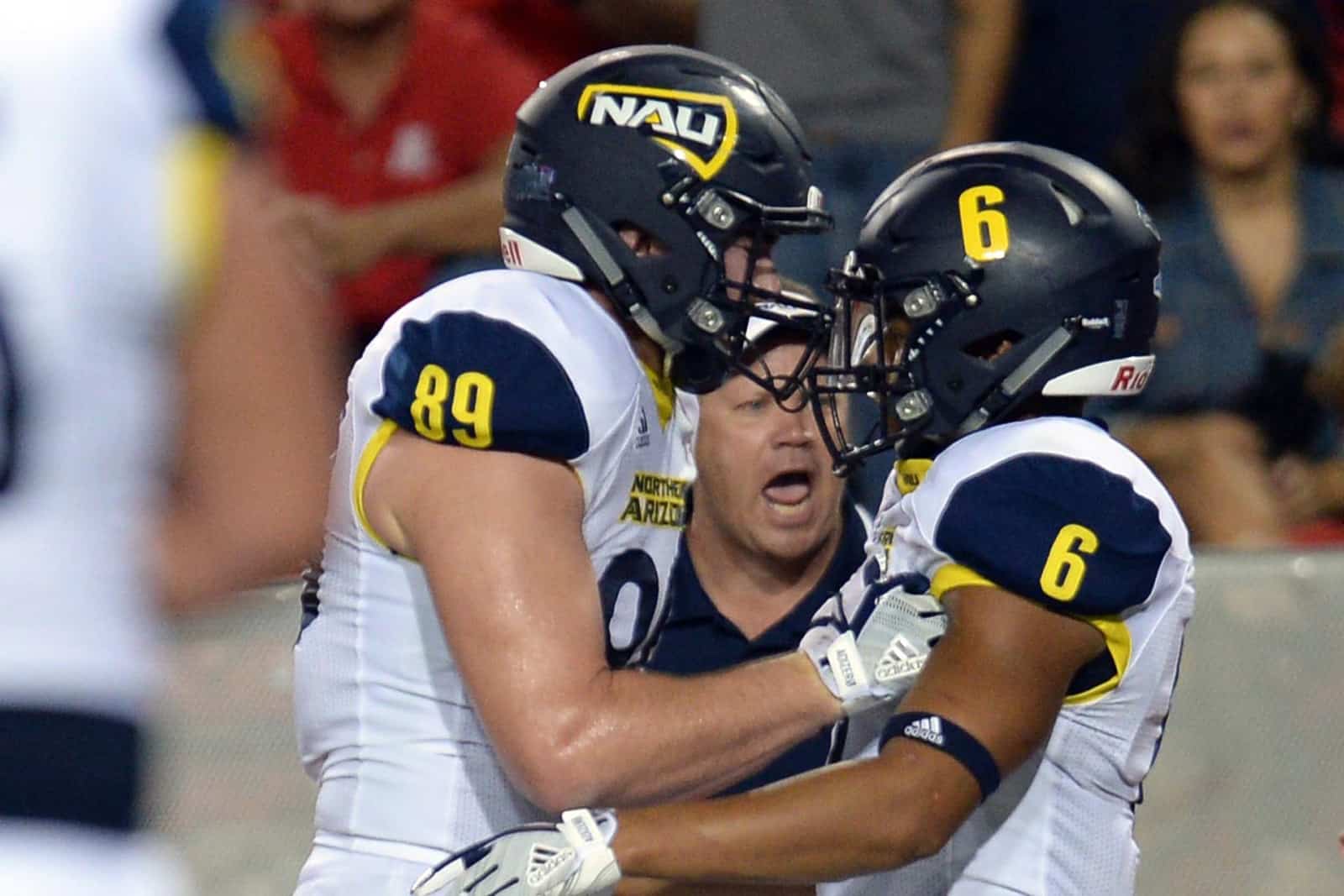 The Northern Arizona Lumberjacks (NAU) will play at the Arizona Wildcats in 2027 and at the Arizona State Sun Devils in 2029, FBSchedules.com has learned.

Copies of contracts for both games were obtained from Northern Arizona University via a state public records request.

Northern Arizona will travel to take on Arizona at Arizona Stadium in Tucson on Sept. 18, 2027. The Lumberjacks will receive a $600,000 guarantee for the game, according to the copy of the contract.

Northern Arizona and Arizona first met on the gridiron in 1931 and have played 15 times overall. In their most recent matchup in 2017, Arizona defeated NAU 62-24.

The Lumberjacks will travel to take on the Arizona State Sun Devils at Sun Devils Stadium in Tempe on either Thursday, August 30 or Saturday, September 1, 2029. NAU will also receive a $600,000 guarantee for playing the game, per the contract copy.

Northern Arizona competes in the Big Sky Conference in the Football Championship Subdivision (FCS). The Lumberjacks played in the FCS Playoffs most recently in 2017, but they haven’t claimed a conference championship since 2003.

It is interesting to see these FCS schools sign contracts so far in the future. $600K seems a high guarantee now for an in-state FCS guarantee, but in eight years, who knows. I remember when FBS guarantees topped $500K and people thought that was crazy high. Now they can easily exceed $1.5 million. There is a robust futures market being played out here – interesting to watch.