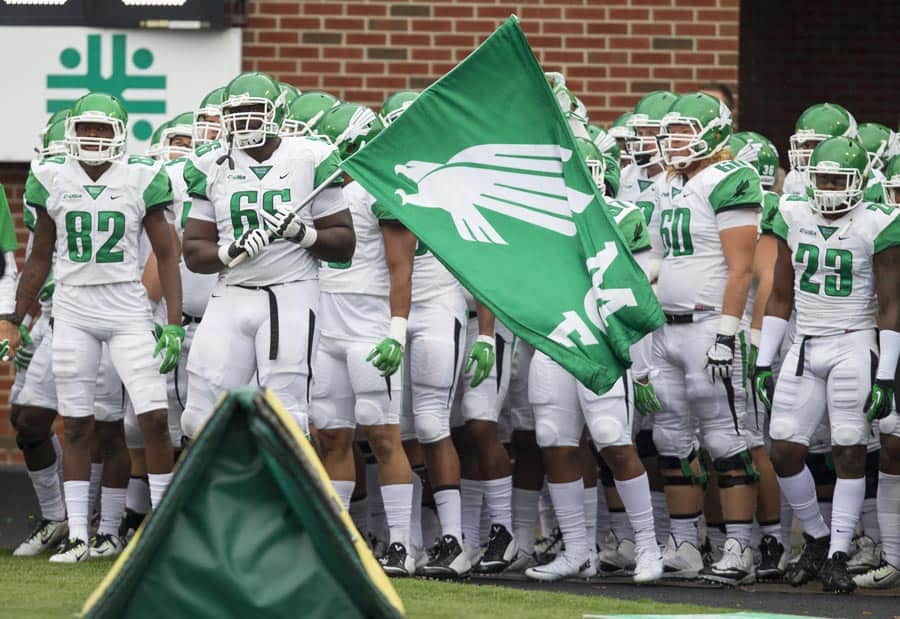 The North Texas Mean Green will host the Houston Baptist Huskies in 2020 and the Rhode Island Rams in 2021. News of the two games was first reported by Brett Vito of the Denton Record-Chronicle.

North Texas will host Houston Baptist at Apogee Stadium in Denton on Sept. 19, 2020. The Mean Green will pay the Huskies a $356,500 guarantee for the game, according to a copy of the contract obtained by FBSchedules.com via a public records request.

Houston Baptist is a member of the Southland Conference in the Football Championship Subdivision (FCS). Last season, the Huskies finished 2-9 overall and 0-8 in conference play.

The North Texas Mean Green will host the Rhode Island Rams on Sept. 4, 2021. Rhode Island will receive a guarantee of $475,000 for the game, according to a copy of the contract.

Rhode Island competes in the Colonial Athletic Association in the FCS. They completed the 2015 season with a 1-10 overall record and 1-7 in the CAA.

North Texas has now tentatively completed their non-conference schedule through the 2021 season. The Mean Green face Army and SMU each season and also have trips set at Florida, Iowa, Arkansas, Wisconsin, Texas A&M, and Missouri.

It should be noted that this past season was also HBU’s 3rd in program history, so good for them for getting some money games.