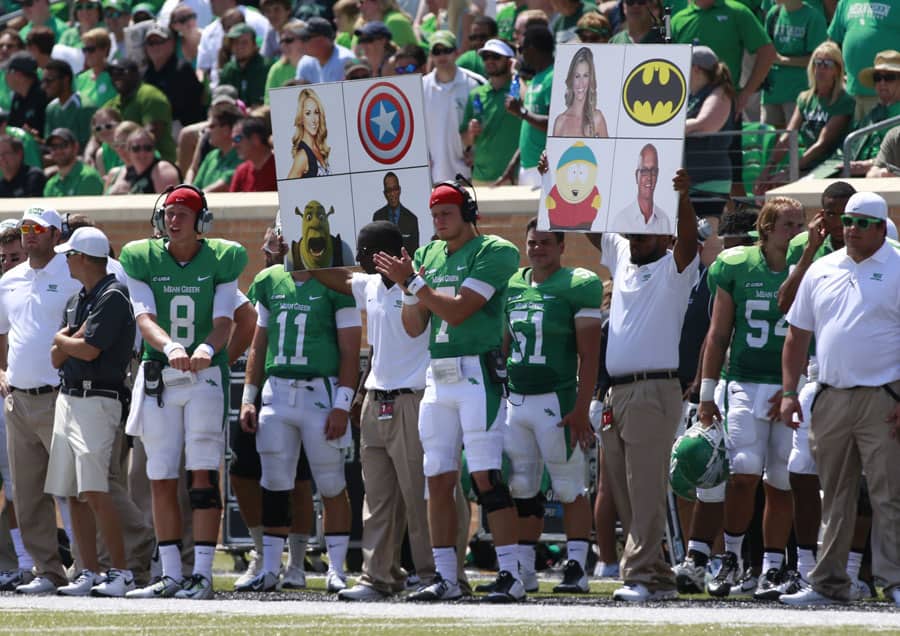 The North Texas Mean Green have added games against Arkansas and three FCS schools to their future football schedules, according a report by the Denton Record-Chronicle.

North Texas will travel to face the Arkansas Razorbacks during the 2018 season. The game, which would be played in either Fayetteville or Little Rock, would be the 10th meeting between the two schools. Arkansas leads the series 9-0.

UNT has also added home games against three FCS schools. Making the trip to face the Mean Green at Apogee Stadium in Denton will be the Liberty Flames in 2016, the Lamar Cardinals in 2017, and the Abilene Christian Wildcats in 2019.

The Mean Green are 4-2 against Lamar, 15-8-1 against Abilene Christian, and have never faced Liberty. North Texas also hosts Incarnate Word in their first-ever matchup in 2018, although that game was previously announced.

The SMU series is also an annual rotating home-and-home. UNT will host SMU in even years and travel to Dallas in odd years.

Lamar will be more of a challenge than SMU

Inllneigetce and simplicity – easy to understand how you think.