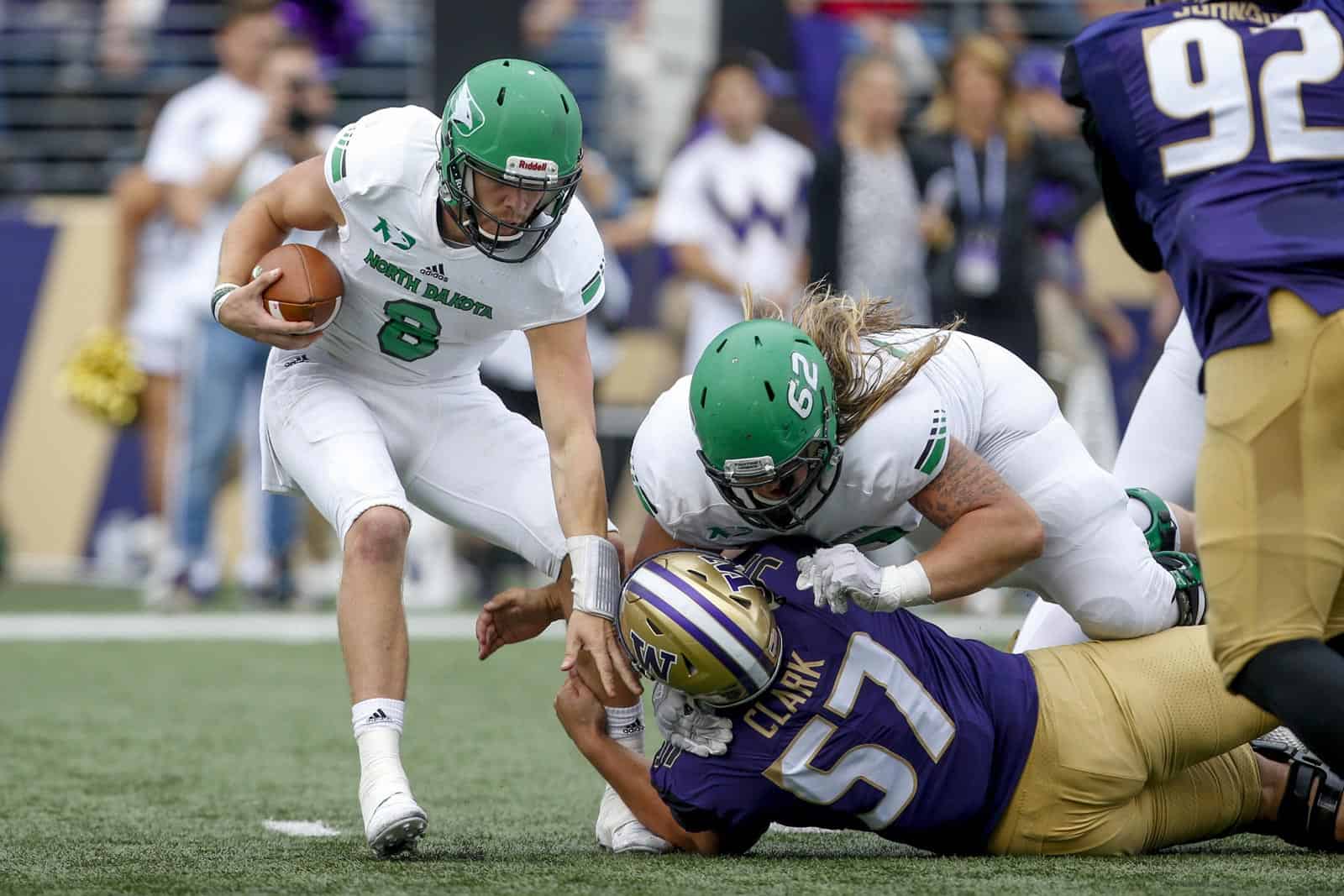 Instead of playing a 12-game schedule this season, North Dakota opted to play 11 games with two off weeks.

North Dakota will open the 2019 season at home at the Alerus Center in Grand Forks against the Drake Bulldogs on Saturday, Aug. 31.

The following week on Sept. 7, North Dakota will travel to face in-state rival and the reigning national champion North Dakota State Bison at the Fargodome. The Fighting Hawks then return home to host the Sam Houston State Bearkats on Sept. 14.

After their first off week of the season, North Dakota opens Big Sky Conference play on the road at the Eastern Washington Eagles on Sept. 28 before returning home to host the UC Davis Aggies in Grand Forks on Oct. 5.

Next up for the Fighting Hawks are back-to-back road contests, first at the Idaho State Bengals on Oct. 12, followed by a trip to face the Cal Poly Mustangs on Oct. 19.

North Dakota hosts the Montana State Bobcats the following week on Oct. 26 at the Alerus Center. UND then has their second and final off week of the season.

The Fighting Hawks open their November slate on the 9th at the Weber State Wildcats. North Dakota wraps up their 2019 slate with consecutive home contests against the Northern Colorado Bears on Nov. 16 and the Southern Utah Thunderbirds on Nov. 23.

North Dakota played the 2018 season as an FCS Independent and will play that way in 2019 as well. The Fighting Hawks will again play a full Big Sky schedule, although they are not eligible to win the conference title.

North Dakota is set to join the Missouri Valley Conference beginning with the 2020 season.