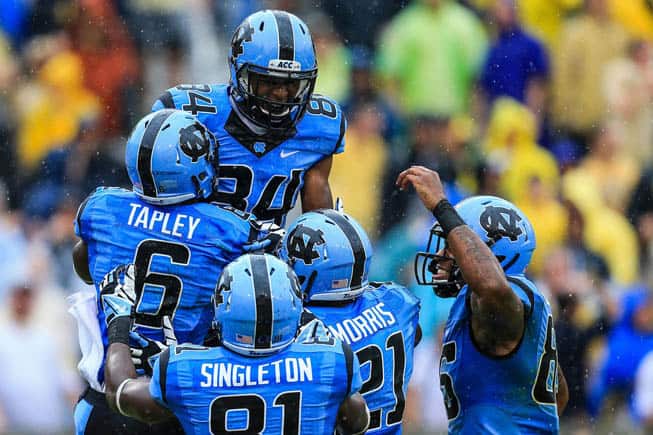 The North Carolina Tar Heels and the Illinois Fighting Illini have scheduled a home-and-home football series for 2015 and 2016, UNC announced today.

“Coach Fedora and I have been in discussions for several months about our future non-conference football opponents. We both felt Illinois would be an attractive matchup for both schools and would be a tremendous experience and opportunity for our student-athletes, staff and fans,” said North Carolina Athletic Director Bubba Cunningham.

UNC and Illinois have only met twice on the football field. The Tar Heels defeated the Illini in both contests, 27-0 at Champaign in 1971 and 34-14 at Chapel Hill in 1987.

UNC has also announced the additions of Liberty (Aug. 30) and San Diego State (Sept. 6) to their 2014 football schedule. North Carolina has never faced Liberty and beat SDSU in their only match-up in the 1998 Las Vegas Bowl (20-13).

Good non-conference matchup. I like that teams are starting to do a much better job at scheduling better teams for non conference games. Makes it better for the fans!