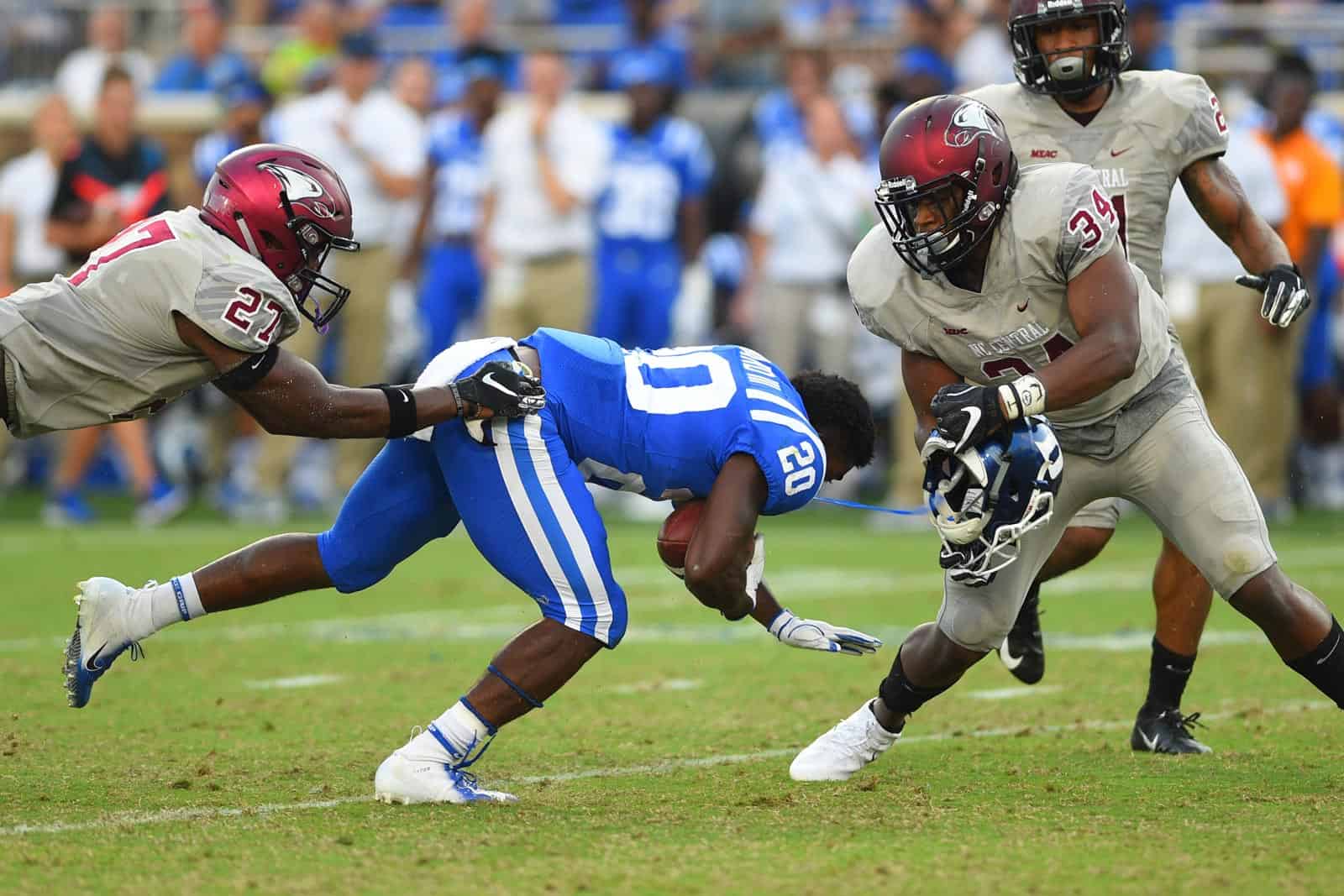 North Carolina Central will open the 2021 season against the Alcorn State Braves in the Cricket MEAC/SWAC Challenge at Center Parc Stadium in Atlanta, Ga., on Saturday, Aug. 28 (Week Zero). The game will mark the first of six consecutive non-conference games for the Eagles this season.

After an open date, the Eagles travel to take on the Marshall Thundering Herd in Huntington, W.Va., on Saturday, Sept. 11. North Carolina Central then opens their home schedule on Sept. 18 against the Winston-Salem State Rams at O’Kelly-Riddick Stadium in Durham, N.C. The Rams compete in the Central Intercollegiate Athletic Association (CIAA) in Division II.

Next, NCCU travels for back-to-back road games, first at the North Carolina A&T Aggies on Sept 25. The Aggies play their final season in the MEAC this spring before moving to the Big South Conference this fall. After the NC A&T contest, North Carolina Central visits the Mississippi Valley State Delta Devils on Oct. 2.

The Eagles wrap up non-conference play on Oct. 9 with a home contest in Durham against the Tennessee Tech Golden Eagles.

After their second open date, NCCU kicks off fall 2021 MEAC action on the road against the Morgan State Bears on Oct. 23. The Eagles then host consecutive home games against the South Carolina State Bulldogs on Oct. 30 and the Norfolk State Spartans on Nov. 6 (Homecoming).

North Carolina Central then hits the road to take on the Howard Bison on Nov. 13 before returning to O’Kelly-Riddick Stadium to close out the fall 2021 regular-season against the Delaware State Hornets on Nov. 20.

Below is a link to North Carolina Central’s complete fall 2021 football schedule which will be updated with game times, TV, and more as the season approaches.

NCCU has opted out of participating in the spring 2021 MEAC football season. The Eagles finished the 2019 season 4-8 overall and 3-5 in MEAC play.