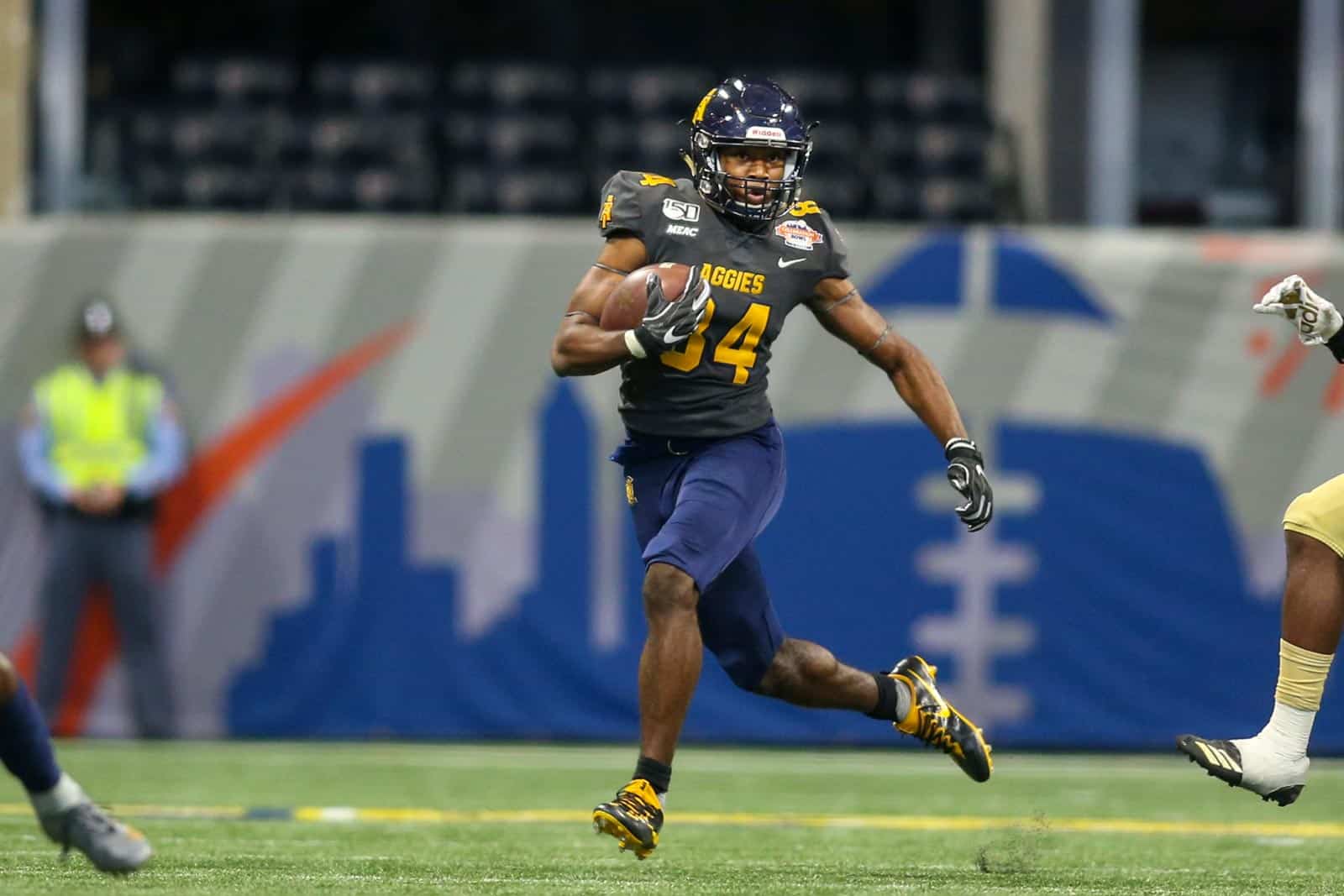 The North Carolina A&T Aggies and the Winston-Salem State Rams will renew their football series in 2024, it was announced on Monday.

North Carolina A&T will host Winston-Salem State at Truist Stadium in Greensboro, N.C., on September 7, 2024. The game will mark the 49th meeting between the two schools and will also be a part of the 100-year celebration of North Carolina A&T football.

“I know our fan base has been excited about the prospect of playing this game since WSSU withdrew their petition to join the MEAC,” said N.C. A&T Director of Athletics, Earl M. Hilton III. “I am glad we were able to put this together for our fans.”

North Carolina A&T is currently a member of the Mid-Eastern Athletic Conference (MEAC), but is joining the Big South Conference on July 1, 2021. Winston-Salem State competes in the Central Intercollegiate Athletic Association (CIAA) in NCAA Division II.

The Rams are the third scheduled non-conference opponent for North Carolina A&T in 2024. Also on the schedule are games at Wake Forest on Aug. 31 and at home against Elon on Sept. 14.

“This is a tremendous opportunity to renew a historic rivalry, the Battle of I-40, during this anniversary year at NCAT’s Truist Stadium,” said WSSU Director Athletics Etienne Thomas. “Thanks to the vision and leadership at both schools we will be able to provide our fans with a phenomenal event. Fans of both institutions will get a chance to renew one of the great rivalries in college football. We are excited that Chancellor Martin, Athletics Director Earl Hilton and Coach Washington thought of WSSU for inclusion in this celebration.”