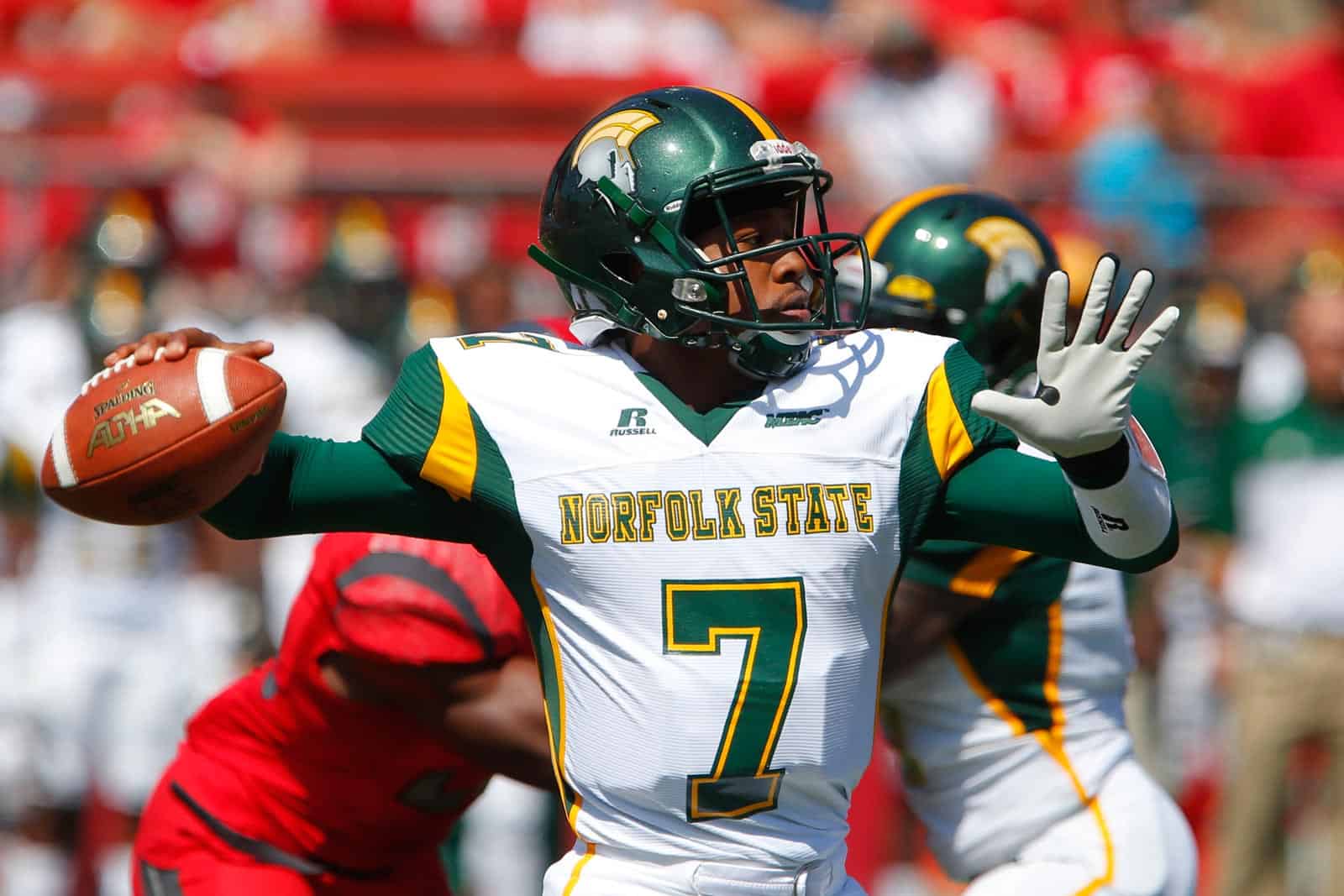 The Norfolk State Spartans have announced their 2019 football schedule, and it includes games at Old Dominion and Coastal Carolina.

Norfolk State will open the 2019 season at their crosstown rival, the Old Dominion Monarchs, on Saturday, Aug. 31. In their most recent matchup back in 2015, ODU defeated Norfolk State 24-10 to take a 3-0 lead in the series.

The Spartans then play back-to-back road games, first at the Coastal Carolina Chanticleers on Sept. 14, followed by the Montana State Bobcats on Sept. 21.

The Spartans head out for two more games on the road, starting with a contest in Washington, D.C. against the Howard Bison on Oct. 12. NSU then plays at the Bethune-Cookman Wildcats on Oct. 19 before their only off week of the season on Oct. 26.

On Nov. 2, Norfolk State hosts the Morgan State Bears for their annual Homecoming contest. The Spartans then head out for two more road games, at the North Carolina Central Eagles on Nov. 9 and at the Delaware State Hornets on Nov. 16.

Norfolk State closes out the 2019 regular-season at home for Senior Day against the South Carolina State Bulldogs.