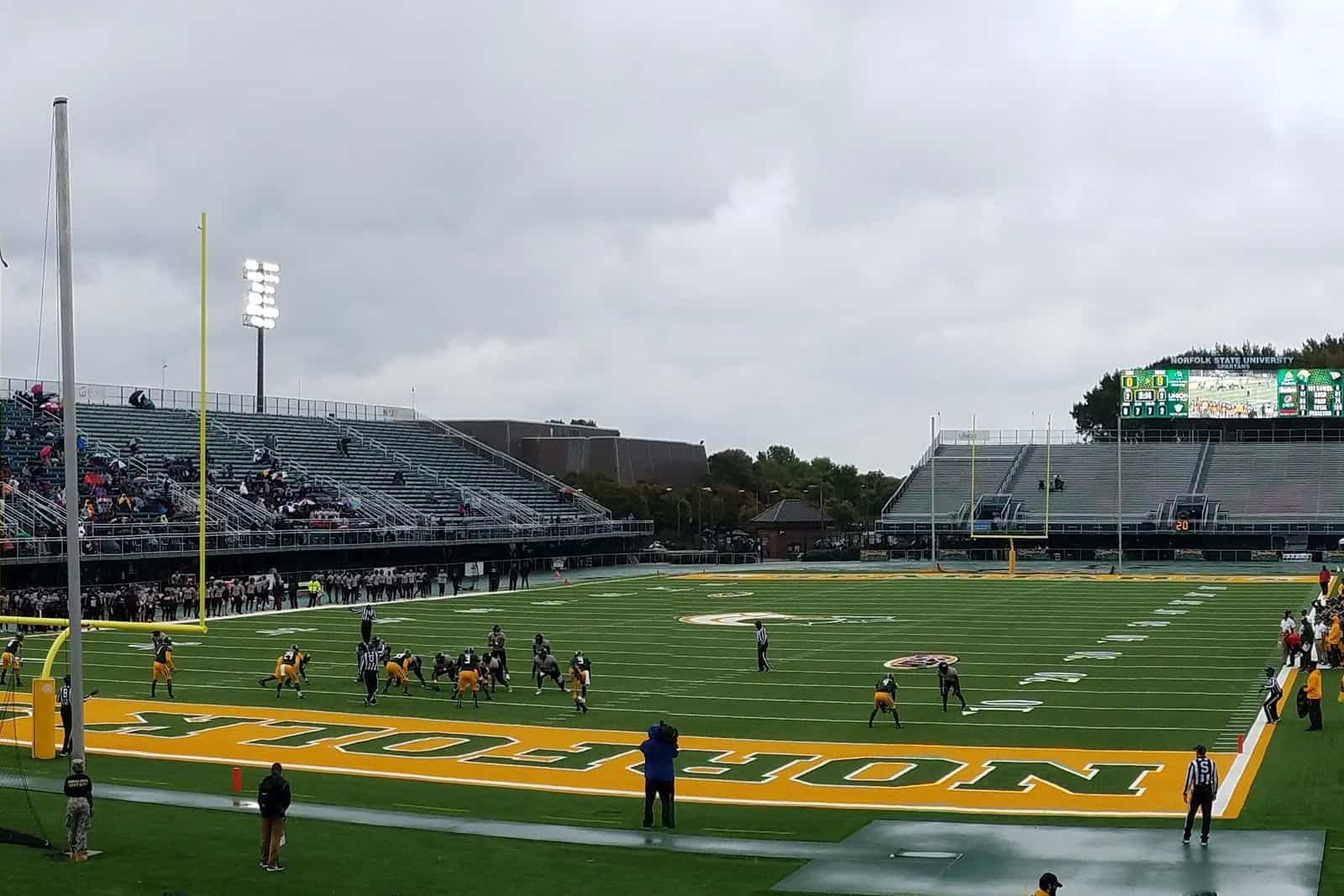 The Norfolk State Spartans have added 11 non-conference games to their future football schedules, FBSchedules.com has learned.

Copies of contracts for each game were obtained from Norfolk State University via a state of Virginia Freedom of Information Act request.

The 11 games that Norfolk State has added are against seven different opponents. Six of the opponents are within the Football Championship Subdivision (FCS), while one is a member of Division II.

Below are details on all 11 games added by Norfolk State:

Norfolk State and Elon will begin a home-and-home series at Rhodes Stadium in Elon, N.C., on Sept. 11, 2027. The series will conclude the following season at William “Dick” Price Stadium in Norfolk, Va., on Sept. 16, 2028.

The Spartans and the Richmond Spiders will play a home-and-home series that will kickoff on Sept. 26, 2026 at E. Claiborne Robins Stadium in Richmond, Va., and conclude the following season on Sept. 25, 2027 in Norfolk.

The Robert Morris Colonials will travel to take on Norfolk State on Oct. 4, 2025 in the first game of a home-and-home series. The series will wrap up the following season with the Spartans visiting the Colonials at Joe Walton Stadium in Moon Township, Pa., on Oct. 3, 2026.

Norfolk State will travel to face the Tennessee State Tigers in Nashville, Tenn., on Oct. 14, 2023. The contract, which includes only the 2023 contest, stipulates that the Spartans will receive an $80,000 guarantee for playing the game.

Norfolk State and the VMI Keydets will kickoff a home-and-home series at Alumni Memorial Field in Lexington, Va., on Sept. 21, 2024. Four seasons later, the series will conclude with the Spartans hosting the Keydets at William “Dick” Price Stadium in Norfolk on Sept. 30, 2028.

Norfolk State will host the Virginia State Trojans on Sept. 2, 2023 and will pay them a $50,000 guarantee. Virginia State is a member of the Central Intercollegiate Athletic Association (CIAA) in Division II.