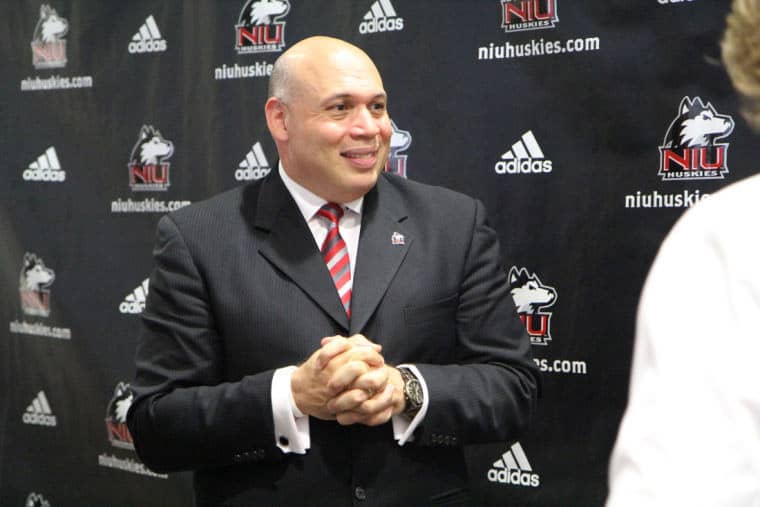 Northern Illinois Director of Athletics Sean T. Frazier has been vocal in his quest to sign the best possible teams to play a home-and-home football series against the Huskies.

Back in April, Frazier tweeted his desire to become “part of any SEC FB scheduling conversation.”

Then in May, Frazier issued a challenge to ACC schools:

FB strength of schedule Will Be a significant factor in the new BCS! Hey #ACC, I have a team in DeKalb that would love to play you! #NIU

This week, we will get to see the fruits of Sean T. Frazier’s labor as NIU is set to announce one non-conference home-and-home football series each day this week beginning today. The school has dubbed the four-day event “Huskie Football SchedulePalooza.”

Northern Illinois will also announce future football series’ in August as they are finalized.

“We have entered a new era with the evolution of the College Football Playoff, and scheduling plays an even more important role for every FBS team,” Frazier said. “The opponents we will announce this week will put NIU in the best possible position to contend for a spot in the College Football Playoff while bringing name teams and quality opponents to Huskie Stadium.”

In a letter to fans, Frazier mentioned that he reached out to “at least 50 different schools from every FBS league.” He said they want to play the best teams from their own Group of Five, including those in the American Athletic Conference, Conference USA, and Mountain West.

Frazier also stated that a team from a power five conference will be included in this week’s announcements.

“In addition to the Group of 5 opponents, we have aggressively pursued series with teams in the “Power 5″ leagues. Some of those teams have taken our calls, some have not, and that’s OK. I assure you, there are national names and Power 5 teams involved in this week’s SchedulePalooza.”

NIU has several non-conference schedule openings from 2016 onward. The Huskies currently have eight future games scheduled against power five opponents, but none are slated for Huskie Stadium in Dekalb.

The first home-and-home series announced is with San Diego State for 2016-17.

Maybe NIU should schedule a home to home series with Texas A&M.

NIU is playing a hint game. They will give a hint a 9am and 11 a, CT on the opponents. Jut announce the games as your just coming off as attention seeking.

I like the idea of announcing one series per day, but the hint game may be too much. First opponent appears to be San Diego State.

A very good match-up….the Aztecs are finally starting to tap into its potential…and it’s a home and away. Nice job.

I’m not a Husky fan, but this was a really cool idea.