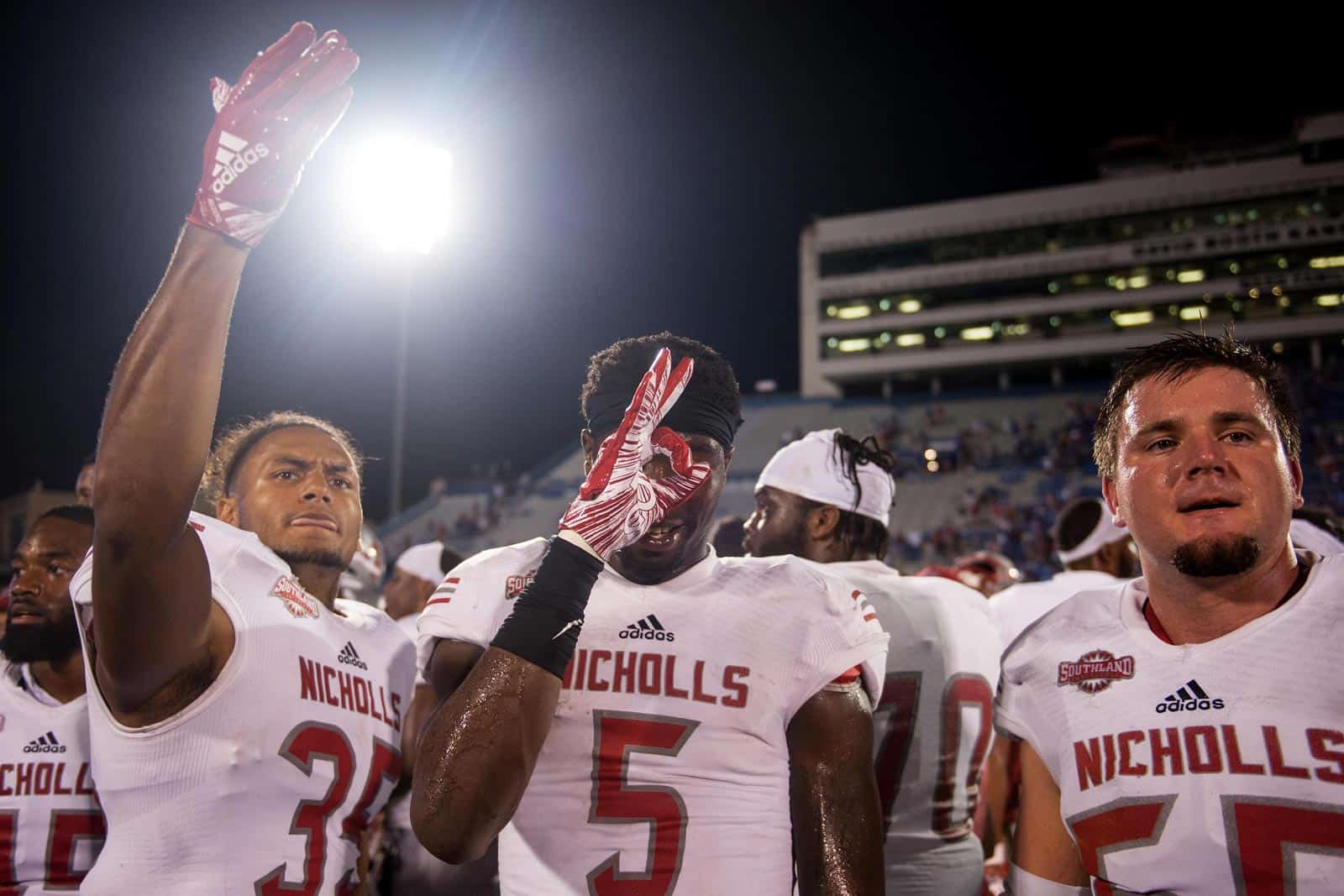 The Nicholls Colonels have added the North Alabama Lions and the Troy Trojans to their future football schedules, FBSchedules.com has learned.

Copies of contracts for games against the University of North Alabama and Troy University were obtained from Nicholls State University via a state public records request.

Nicholls will host North Alabama at John L. Guidry Stadium in Thibodaux, La., on Sept. 25, 2021. The Colonels will pay the Lions a $90,000 guarantee for the contest, according to the copy of the contract.

Nicholls and North Alabama have squared off a total of four times in contests that spanned from 1973 through 1976. In the most recent contest in 1976, Nicholls traveled to North Alabama and fell 37-7. The Lions currently lead the overall series 3-1.

With the addition of North Alabama, Nicholls has completed their non-conference schedule for the 2021 season. The Colonels are also scheduled to play consecutive road games at Memphis on Sept. 4 and at Louisiana on Sept. 11.

North Alabama has also completed their 2021 non-conference slate with the addition of Nicholls. The Lions are scheduled to open the season at Southeastern Louisiana on Sept. 4 before hosting Chattanooga on Sept. 11. North Alabama later hosts Dixie State on Oct. 30 and will play at Jacksonville State on a date to be determined.

Nicholls will travel to take on the Troy Trojans at Veterans Memorial Stadium in Troy, Ala., on Aug. 30, 2025. The Colonels will receive a $350,000 guarantee for playing the game, per the contract copy.

Troy is the third scheduled non-conference opponent for Nicholls in 2025. The Colonels are also scheduled to play at Texas State on Sept. 20 and at Dixie State on Nov. 8. The 2025 season is one that allows Football Championship Subdivision (FCS) teams to schedule up to 12 games if they desire.

The Trojans now have three announced non-conference matchups for the 2025 season. After opening at home against Nicholls, the Trojans are scheduled to travel to play Clemson on Sept. 6 before hosting Memphis on Sept. 13.