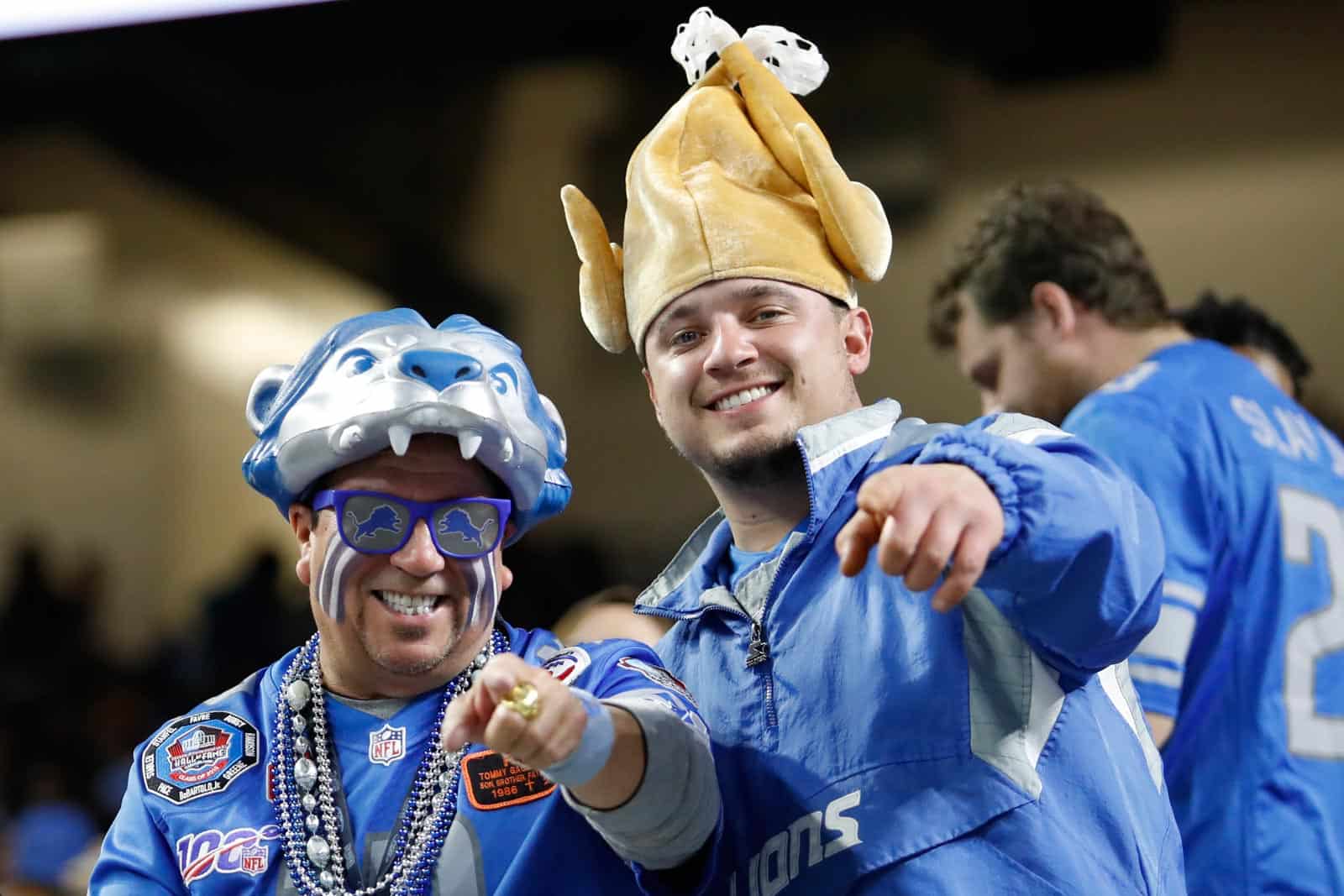 The NFL Thanksgiving schedule for the 2020 season features only two games, with both Detroit and Dallas hosting rivals.

Turkey day action begins with the Detroit Lions hosting the Houston Texans at Ford Field in Detroit, Mich. The game will be televised by CBS at 12:30pm ET.

Detroit is currently at the bottom of the NFC North standings with a 4-6 record. The Lions are three games behind the Green Bay Packers (7-3), who currently lead the division. The Texans (3-7) are in third place in the AFC South and are four games behind division co-leaders Indianapolis and Tennessee (7-3).

The second NFL Thanksgiving game in 2020 features the Dallas Cowboys playing host to the Washington Football Team at AT&T Stadium in Arlington, Texas. FOX will televise the matchup at 4:30pm ET.

Dallas and Washington are tied for last-place with the New York Giants. All three teams are 3-7 overall, while the Philadelphia Eagles have a slight lead at 3-6-1.

The final NFL game on Thursday, the Baltimore Ravens at the Pittsburgh Steelers, was scheduled for prime time at 8:20pm ET on NBC. However, the game was postponed to Sunday, Nov. 29 and will be televised by NBC at 1:15pm ET.

With a perfect 10-0 record, the Pittsburgh Steelers currently lead the AFC North by a full four games over the Baltimore Ravens (6-4), who are currently third in the division.

The Steelers and Ravens met earlier this season at M&T Bank Stadium in Baltimore, Md. Pittsburgh defeated Baltimore in that contest, winning 28-24.

After Thanksgiving, Week 13 NFL action continues on Sunday, Nov. 29 with 12 games, including the Chicago Bears traveling to take on the Green Bay Packers in Sunday Night Football. The Monday Night Football matchup features the Philadelphia Eagles hosting the Seattle Seahawks.