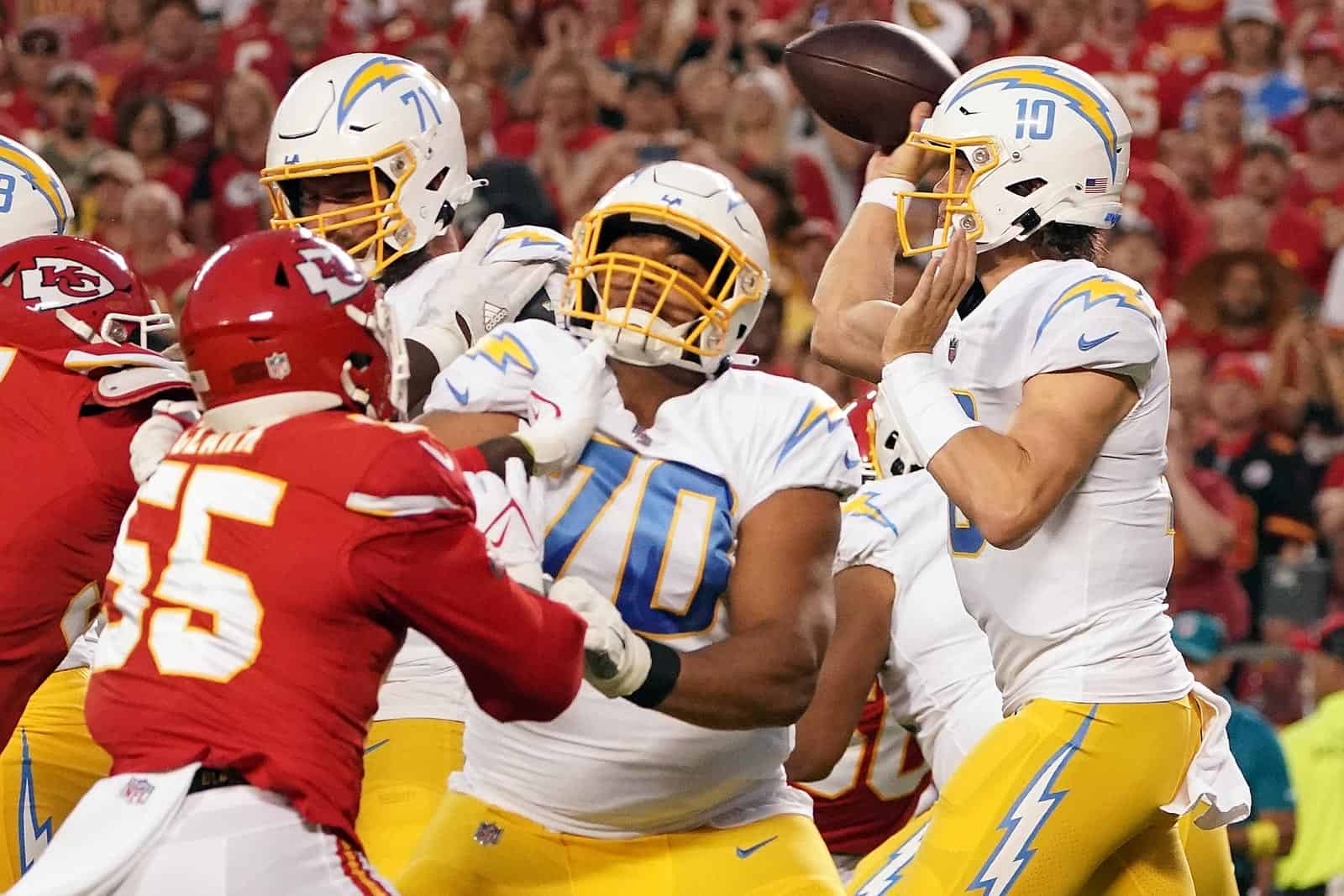 The 2022 NFL schedule has undergone a couple of changes for Week 11, the league announced on Tuesday.

The Kansas City Chiefs at Los Angeles Chargers game on Sunday, Nov. 20 in Week 11, previously scheduled for 4:25pm ET on CBS, has been flexed to Sunday Night Football at 8:20pm ET on NBC.

As a result, the previously scheduled Sunday Night Football game, Cincinnati Bengals at Pittsburgh Steelers, has been moved to 4:25pm ET on CBS.

No other Week 11 games were affected by the change, per the league announcement.

Below is the revised schedule for Week 11 of the 2022 NFL season. See our weekly NFL schedule for the entire season slate.