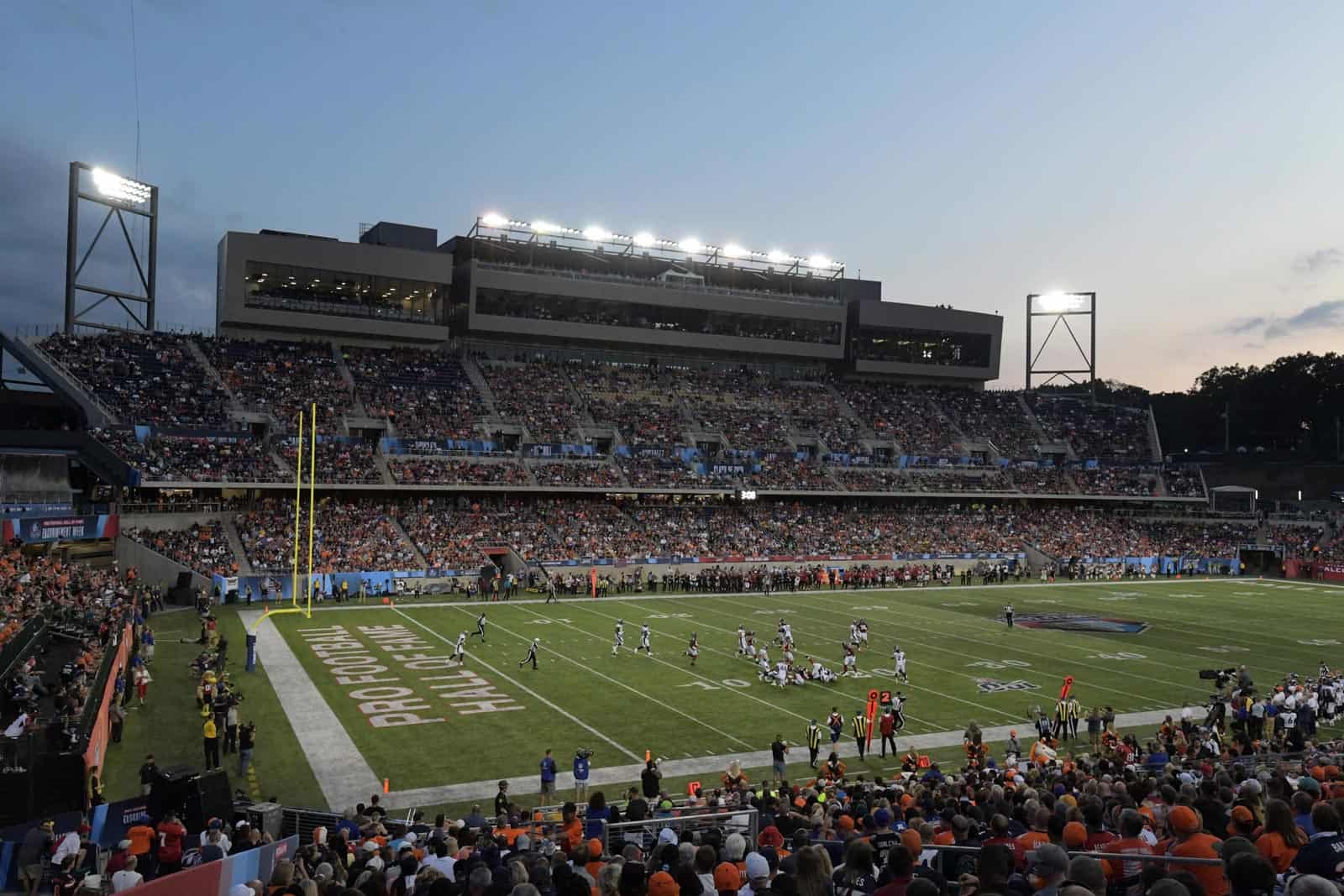 The 2021 NFL preseason schedule kicks off Thursday night with the NFL/Hall of Fame Game.

The first preseason game of the season features the Dallas Cowboys taking on the Pittsburgh Steelers at Tom Benson Hall of Fame Stadium in Canton, Ohio. FOX will televise the game for the first-time ever beginning at 8:00pm ET/7:00pm CT.

The nationally televised broadcast will be called by Joe Buck (play-by-play) and Troy Aikman (analyst). Erin Andrews and Tom Rinaldi will report from the sidelines, while Mike Pereira will provide rules analysis.

Dallas and Pittsburgh first met in 1966 and have squared off a total of 30 times, including three Super Bowl matchups. In their last meeting in 2020, the Steelers defeated the Cowboys 24-19.

Week one of the 2021 NFL preseason schedule kicks off next Thursday, August 12 with Philadelphia hosting Pittsburgh and New England hosting Washington. With the NFL moving to a 17-game regular-season schedule this season, there will be only three weeks of preseason games.

The NFL did not play any preseason games last season. The entire slate of 65 games was canceled due to the novel coronavirus 2019 (COVID-19) pandemic.

The 2021 NFL schedule kicks off with a special season-opening game on Thursday, September 9. The Super Bowl LV champion Tampa Bay Buccaneers will host the Dallas Cowboys in that contest at 8:20pm ET on NBC.

Super Bowl LVI is scheduled for Sunday, February 13, 2022 at 6:30pm ET and it will be televised by NBC. The game will be played at SoFi Stadium in Inglewood, Calif.

Dallas and Pittsburgh first met in 1960, the Cowboys played everyone once that year.

They met twice a year 1961-66 as members of the East Division, now the NFC East and AFC North.

That being said, geographically Dallas has no business being in the NFC East. The only NFC teams they are east of are the entire NFC West.

The NFL should adopt a more geographically correct alignment, as follows: