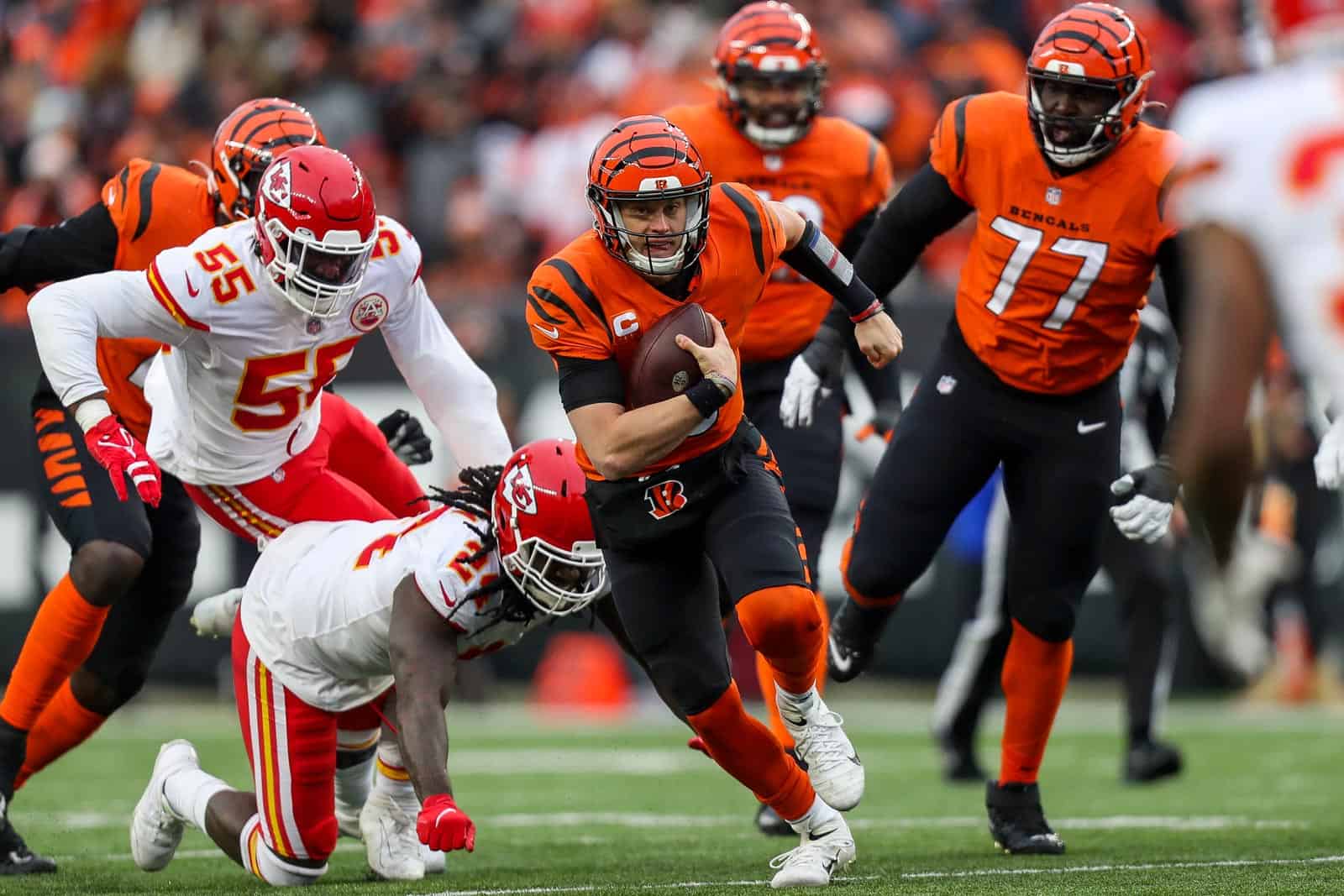 The NFL Playoff Schedule continues this weekend with the 2022 AFC and NFC Championship Games. Both games will be played on Sunday, January 30.

The AFC Championship Game will feature the No. 4 seed Cincinnati Bengals traveling to take on the No. 2 seed Kansas City Chiefs at Arrowhead Stadium in Kansas City, Mo. The game will be televised nationally at 3:05pm ET on CBS.

The Kansas City Chiefs advanced to the AFC Championship Game after defeating the No. 3 seed Buffalo Bills, 42-36, in overtime at Arrowhead Stadium in the Divisional Round. The Cincinnati Bengals advanced to the conference championship after defeating the No. 5 seed Las Vegas Raiders at home, 26-19, in the Wild Card Round and upsetting the No. 1 seed Tennessee Titans, 19-16, on the road in a Divisional Round matchup in Nashville, Tenn.

Kansas City and Cincinnati squared off most recently during Week 17 of the current season. The Chiefs traveled to Cincinnati and fell to the Bengals, 34-31, in a Sunday afternoon matchup.

The NFC Championship Game features the No. 4 seed Los Angeles Rams hosting the No. 6 seed San Francisco 49ers at SoFi Stadium in Inglewood, Calif. The game kicks off at 6:40pm ET and it will be televised nationally by FOX.

The LA Rams advanced to the NFC Championship Game with a 34-11 victory at home over the No. 5 seed Arizona Cardinals in the Wild Card Round and a 30-27 win over the No. 2 seed Tampa Bay Buccaneers on the road in the Divisional Round. San Francisco advanced to play the Rams after defeating the No. 3 seed Dallas Cowboys, 23-17, on the road in the Wild Card Round and upsetting the No. 1 seed Green Bay Packers, 13-10, at Lambeau Field in the Divisional Round.

Joe Buck, Troy Aikman, Erin Andrews, and Tom Rinaldi will cover the NFC Championship Game for FOX, while the game referee will be Carl Cheffers.

The winners of the AFC and NFC Championship games will meet in Super Bowl LVI on Sunday, Feb. 13, 2022 at SoFi Stadium in Inglewood, Calif. The game will be televised by NBC at 6:30pm ET (Buy Tickets).