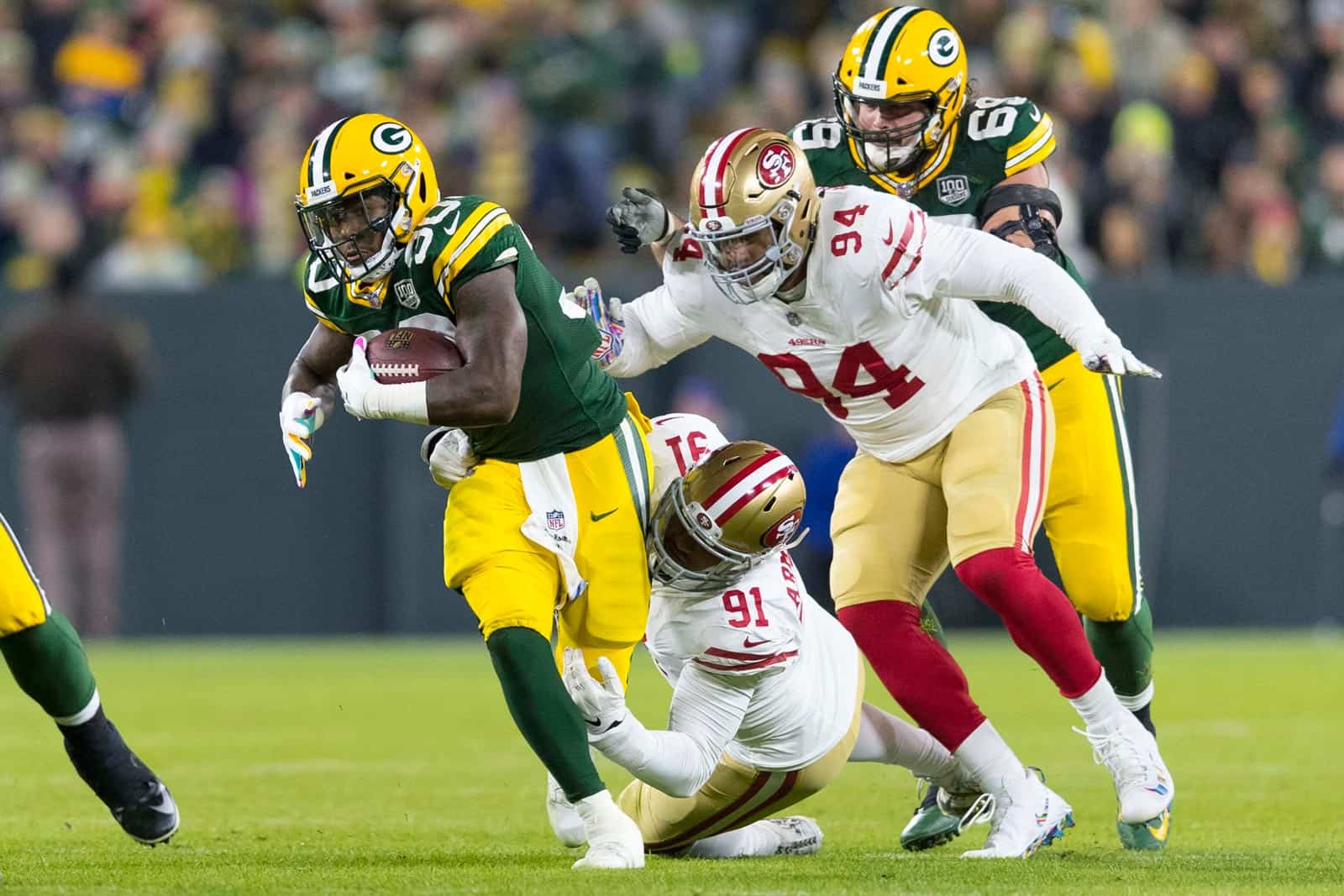 The NFL Playoff Schedule 2020 continues this weekend with the AFC and NFC Championship Games. Both games will be played on Sunday, Jan. 19, 2020.

The AFC Championship Game will feature the No. 6 seed Tennessee Titans traveling to take on the No. 2 seed Kansas City Chiefs at Arrowhead Stadium in Kansas City, Mo. The game will be televised nationally at 3:05pm ET on CBS.

The Kansas City Chiefs advanced to the AFC Championship Game after defeating the No. 4 seed Houston Texans 51-31. The Tennessee Titans, the only Wild-Card team remaining in the playoffs, advanced to the conference championship after upsetting both the No. 3 seed New England Patriots, 20-13, and the No. 1 seed Baltimore Ravens, 28-12.

Kansas City and Tennessee squared off most recently during Week 10 of the current season. The Chiefs traveled to Nashville and were narrowly defeated by the Titans, 35-32.

The NFC Championship Game features the No. 1 seed San Francisco 49ers hosting the No. 2 seed Green Bay Packers at Levi’s Stadium in Santa Clara, Calif. The game kicks off at 6:40pm ET and it will be televised nationally by FOX.

San Francisco advanced to the NFC Championship Game with a 27-10 victory at home over the No. 6 seed Minnesota Vikings. The Green Bay Packers advanced to play the 49ers after defeating the No. 5 seed Seattle Seahawks 28-23.

Joe Buck, Troy Aikman, Erin Andrews, Chris Myers and Mike Pereira will cover the NFC Championship Game for FOX, while the game will be officiated by John Hussey (35).

Earlier this season in Week 12, Green Bay traveled to San Francisco and lost 37-8.

I didn’t know where else to go with this but: when do you plan on flipping Oakland over to Las Vegas ?

After the Super Bowl.