NFL to play in Mexico City through 2021 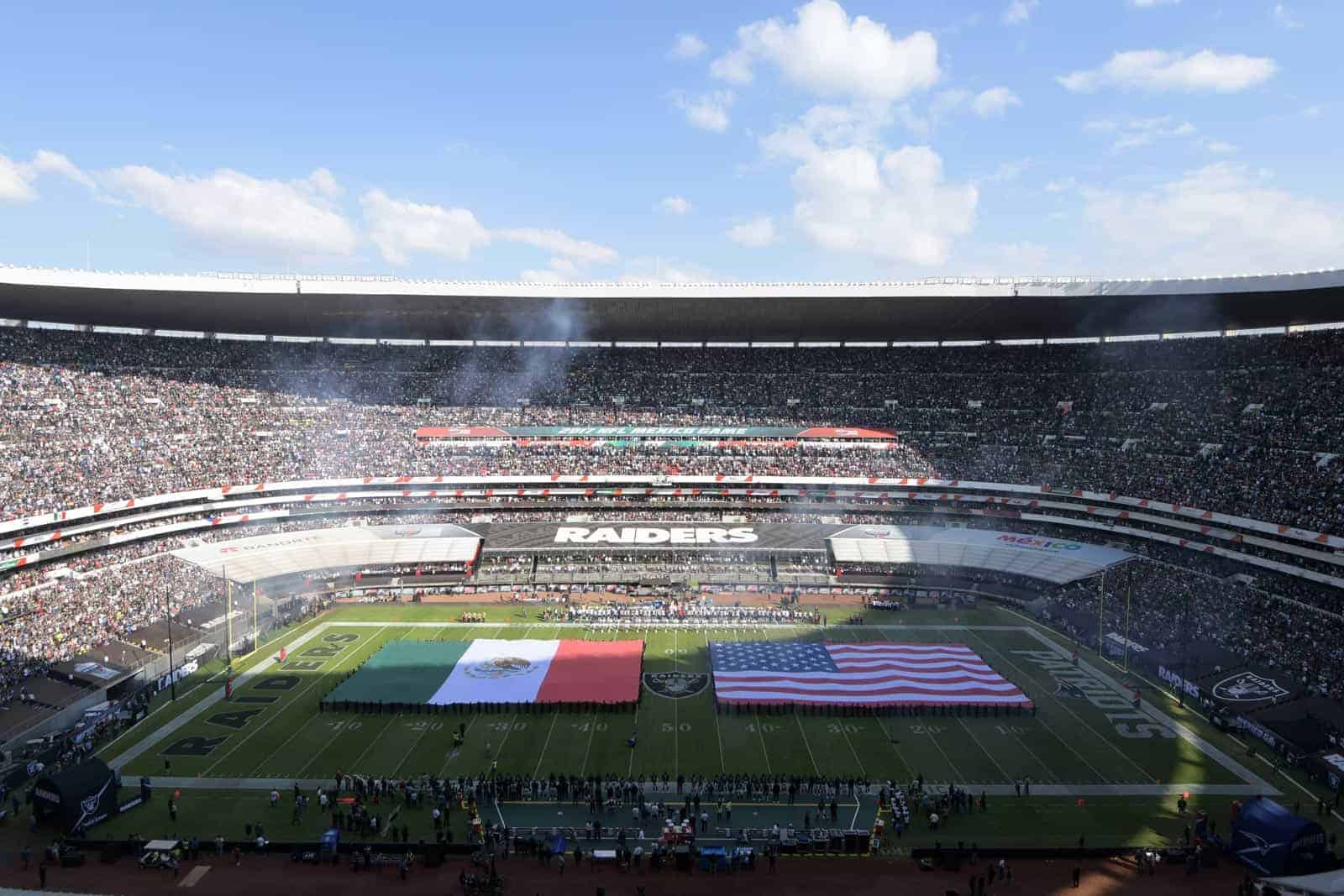 The NFL will play a regular-season game in Mexico City through the 2021 season, the league announced on Sunday.

The current agreement extends through the 2018 game. The NFL and Mexico’s Ministry of Tourism agreed to the extension “as part of the celebration of the NFL’s game in Mexico today” and due to achieving “…positive results in tourism and the presence of Mexico’s brand through the NFL’s previous games in Mexico.”

The games are part of the International series, which also includes several games played in London, England each season.

A total of nine NFL games have been played in Mexico City, including the game being played today between Oakland and New England. In the first regular-season game back in 2005, Arizona defeated San Francisco 31-14.

“We have a tremendous fan base in Mexico,” NFL Commissioner Roger Goodell said earlier this year. “Their passion for football is inspiring, and we look forward to another memorable game in Mexico City between two great teams next season.”

NFL games in Mexico City are played at Estadio Azteca, the home of the professional Mexican football team Club América and the Mexico national football team. The stadium has a seating capacity of 87,000.

Once again, taking home games away from hardworking Americans that are your bread and butter support. Time to really just not watch this level of football anymore.

the TNF contract is up after this season

all 18 NFL Network games starting next year should be simulcast on/co-produced by a broadcast network, which would level the playing field as to which teams get a national game on network television – teams like the Patriots and Packers have been able to get a NFLN game simulcast by a broadcast network every year because they consistently make the playoffs, but teams like the Browns have not because of their constant struggles (and I am at the point where I think they should fold their NFL franchise and the ownership should start a minor league with a Cleveland team re-signing much of the old NFL roster as the flagship team of the new league)

with this in mind, the games should evenly be divided between NBC, CBS and ABC, with the latter network getting their games in the final weeks of the season (4 on Thursday and 2 as nightcaps of Saturday doubleheaders)

as well, the International series games should be a separate broadcast package, with the Sunday morning London games airing on ABC and the Mexico City game airing on ESPN’s Monday Night Football

in the next contract ABC can expand its postseason coverage, gaining exclusive rights to its wild card game, getting a divisional game, and joining the Super Bowl rotation