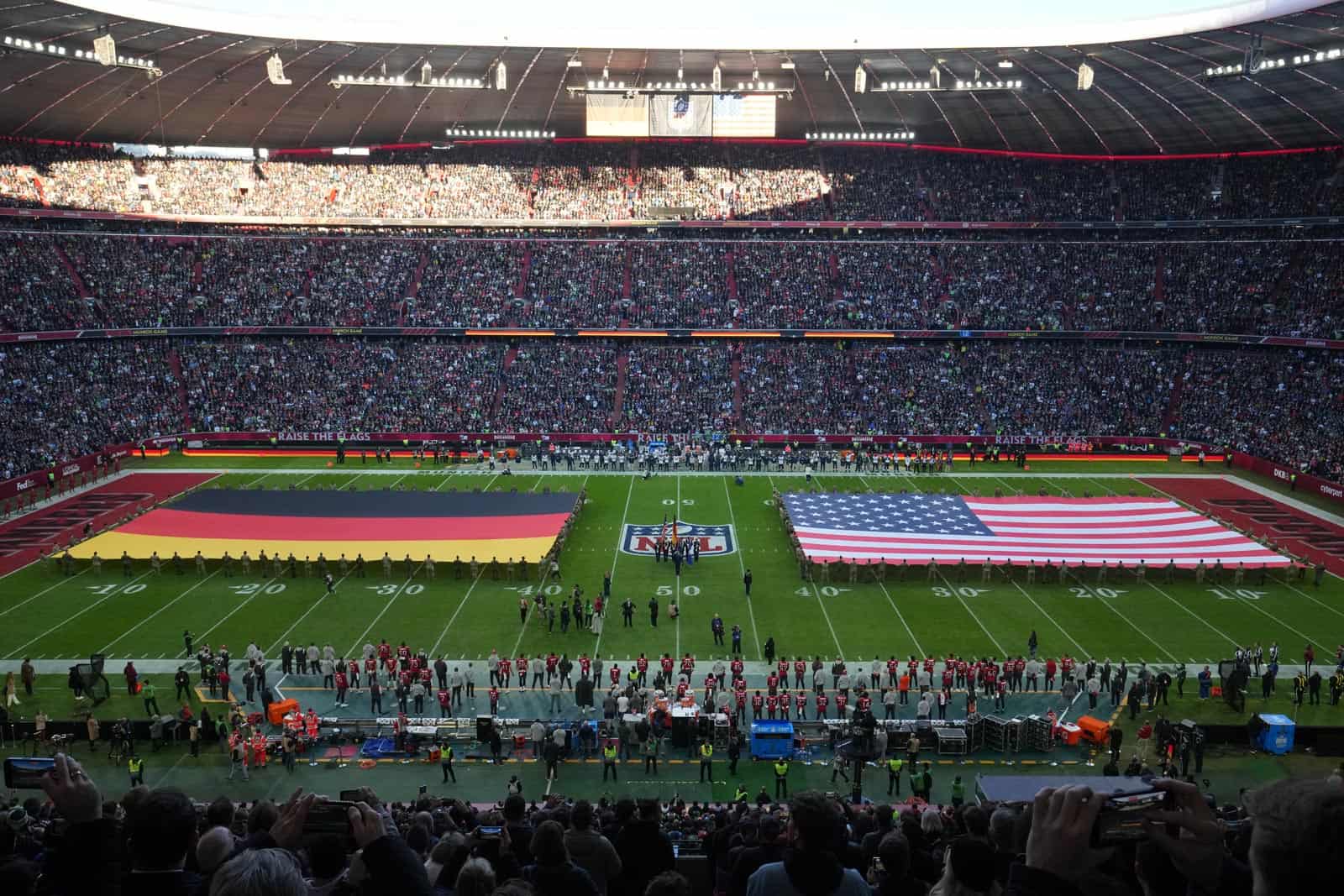 The NFL has announced the host teams and locations for the 2023 International Games, which includes a total of five games.

Teams that will play at Tottenham Hotspur Stadium in London, England, in 2023 include the Buffalo Bills and Tennessee Titans. This will mark the second international game appearance for both the Bills and Titans.

The Jacksonville Jaguars will again play at Wembley Stadium in London as part of their multi-year commitment to play games in the United Kingdom. Jacksonville has appeared nine times internationally, the most of any NFL team, and has a 4-5 record in those contests.

The Kansas City Chiefs and New England Patriots will each play a game at Allianz Arena in Munich, Germany, which is the home of the 2021-22 Bundesliga champions FC Bayern Munich. Last season’s Seattle-Tampa Bay game marked the first-ever regular-season NFL game played in Germany.

Both the Patriots and Chiefs are undefeated in international play. New England is 3-0, winning most recently in 2017, while the Chiefs last recorded a victory in 2019 to improve to 2-0.

“Growing the league and our sport internationally is a major strategic priority for the NFL, and we are excited to again be playing five games outside of the United States in 2023,” said Peter O’Reilly, NFL Executive Vice President, Club Business, Major Events & International. “We know how important live regular season games are to our passionate global fans and we thank our clubs for their strong, long-term commitment to this important initiative. Interest in our game globally is at an all-time high, and we look forward to returning to the UK and Germany in 2023 with some of the most iconic clubs and stars in the NFL.”

There will be no International Game played in Mexico in 2023 due to renovations taking place at Estadio Azteca in Mexico City.

Dates, exact matchups, and kickoff times will be revealed in conjunction with the release of the full 2023 NFL Schedule this spring.

can we presume these five teams are in the “9 home/8 away” group?

They should stage games in Australia and Japan too, which can air on NFL Network at 11 PM ET Saturday (games held outside the US aren’t subject to laws prohibiting the NFL from going up against CFB on Saturdays through most of the season).

Maybe I’m just ignorant on this, but is there a particular reason the Jaguars have had so many international contests? Is it just a contract thing? Or something else?

The Jags latest owner has ties to the UK. Or England. Whatever you want to call it. He wants to get all of Europe but especially England involved with the NFL. I honestly believe he would move the JAGS to England if the NFL would let him.

Why? It’s widely known that all countries in Europe mock American football. Additionally,
If Europe wants NFL, tell them to get their own teams! All this does is screw over home team season ticket holders!

Agreed Chris. I would be okay with preseason games being played overseas, but regular season games? Come on.
Mexico City I can at least understand since travel isn’t that much, but I don’t like European games.