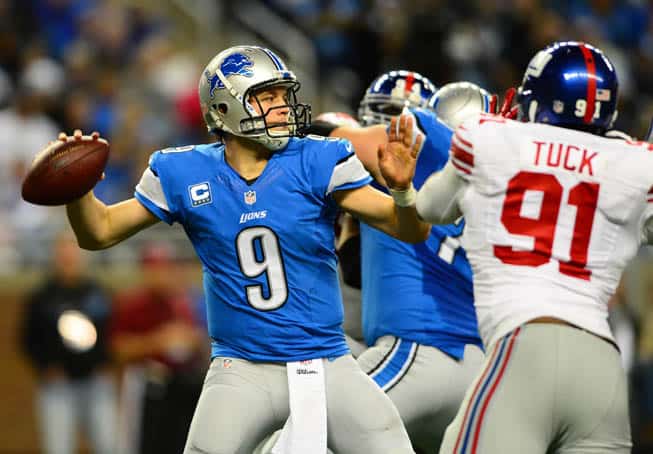 The NFL 2014 Monday Night Football Schedule kicks off on September 8 with a season-opening doubleheader. In the first game, the NY Giants travel to take on the Detroit Lions at 7:10pm ET.

The second game features the San Diego Chargers at the Arizona Cardinals at 10:20pm ET. All Monday Night Football games will be televised by ESPN.

The Super Bowl champion Seattle Seahawks will be featured on Monday, October 6 when they travel to take on the Washington Redskins.

Overall, the NFL 2014 Monday Night Football Schedule on ESPN will include 17 regular-season games.

How does the Super Bowl champions not have a home Monday night game???

The NFL didn’t want to put Seahawks games at home on Monday night (or Sunday & Thursday nights for that matter) because they have been recently blowing out their opposition at home.

How the hell does Houston, St Louis, Miami, Detroit, Arizona, the Jets twice, and the whole NFC South get games, but not the Bucs?

Because no one cares about Tampa Bay??

Dick reply. Please tell me where you are from and why it’s so much better than Tampa Bay? If your talking about the actual team, then that’s stupid because they have most of the teams that finished with a worse record from last year

Listen NO BODY IN THE NFL CARES ABOUT YOUR BUCS !!! That’s like putting the jags and the Rams on mnf !!!

Listen one of the BEST games ever was the Colts and the Chiefs two high powered on both sides of football or what about 49ers and the Seahawks that’s a winner all the way around or the Ravens and the 9ers come on who is making up the line up a bunch of Girl Scouts !?!?! Get real put games on that will seal your TV raining no make people channel surf make sense

BROWNS ARE NOT ON MONDAY NIGHT FOOTBALL. WHY?????THEY HAVE TWO GREAT QB.

The fight between smith sr of Baltimore and the other guy was bull they both should’ve been kicked out of game no questions asked.